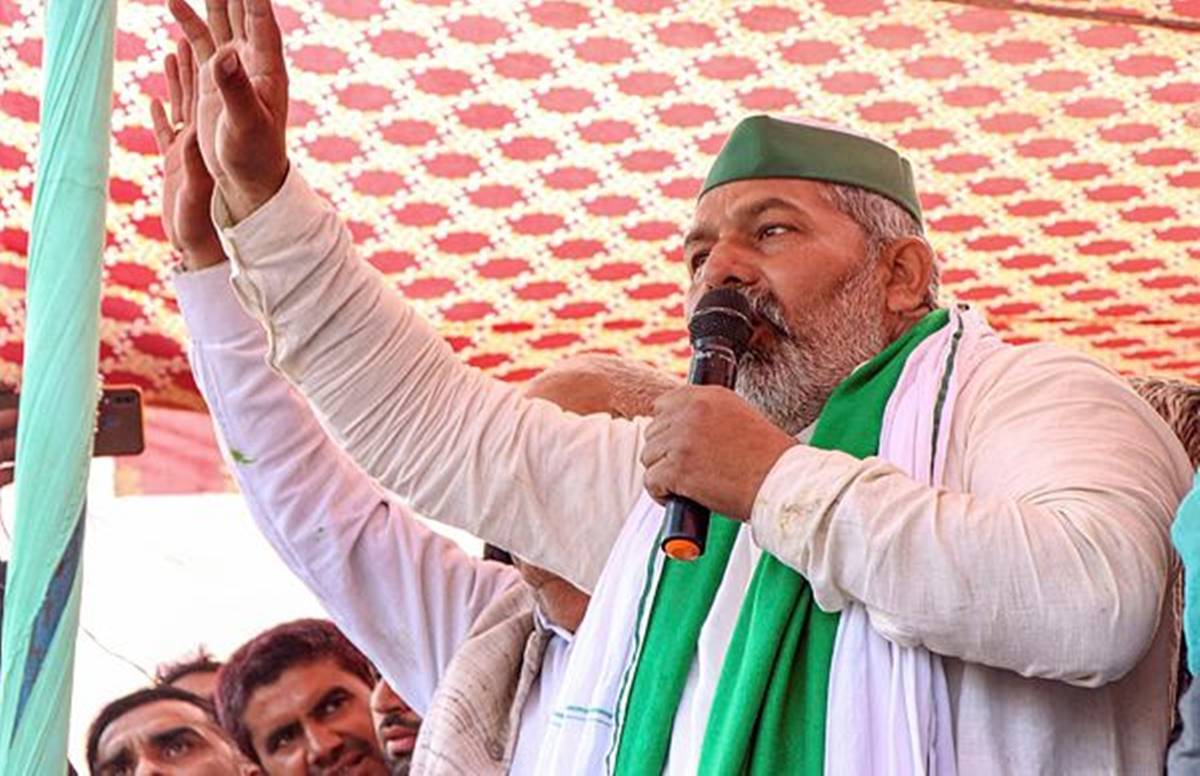 The Bharatiya Kisan Union (BKU) chief Rakesh Tikait on Saturday said farmers protesting against the centre’s three farm laws will not return home unless their demands are met and that they won’t hold talks with the government under pressure. The three-hour chakka jam organised by the farmers today passed peacefully. The protesters had blocked state and national highways during chakka jam.

While addressing farmers at Ghazipur border, Tikait said they have given time to the government till October 2 to repeal the three agriculture legislations, failing which the farmer groups agitating against the laws would plan further protests.

The farmers held a chakka jam across the country except in Uttar Pradesh, Uttarakhand, and Delhi. Around 50,000 police, paramilitary, and reserve forces personnel were deployed overall in the Delhi-NCR region while at least 10 metro stations were shut.

Roads were blocked at 33 places in 15 districts, including Sangrur, Bathinda and Barnala in Punjab. However, while the roads were blocked for regular travellers, videos also showed farmers quickly moving barricades aside and allowing ambulances and emergency vehicles past with minimum fuss.

Thousands of farmers, mostly from Punjab, Haryana and western Uttar Pradesh, have been protesting against the Centre’s three new farm laws since November 26, 2020. The government has projected as major reforms in the agriculture sector that will remove mandi system and middlemen and allow farmers to sell their produce anywhere in the country. However, the protesting farmers argue that the new laws have no mention of minimum support price (MSP) and the mandis that will leave them at the mercy of big corporates. The farmers have laid siege to Delhi even as the government scrambles to find an amicable solution. They argue that they would settle for nothing less than total scrapping of the legislations.

The government, which has failed to end the protest after several rounds of talks, has made efforts to have them removed in a crackdown that escalated after violent clashes in the national capital between protesters and the police on Republic Day last month.