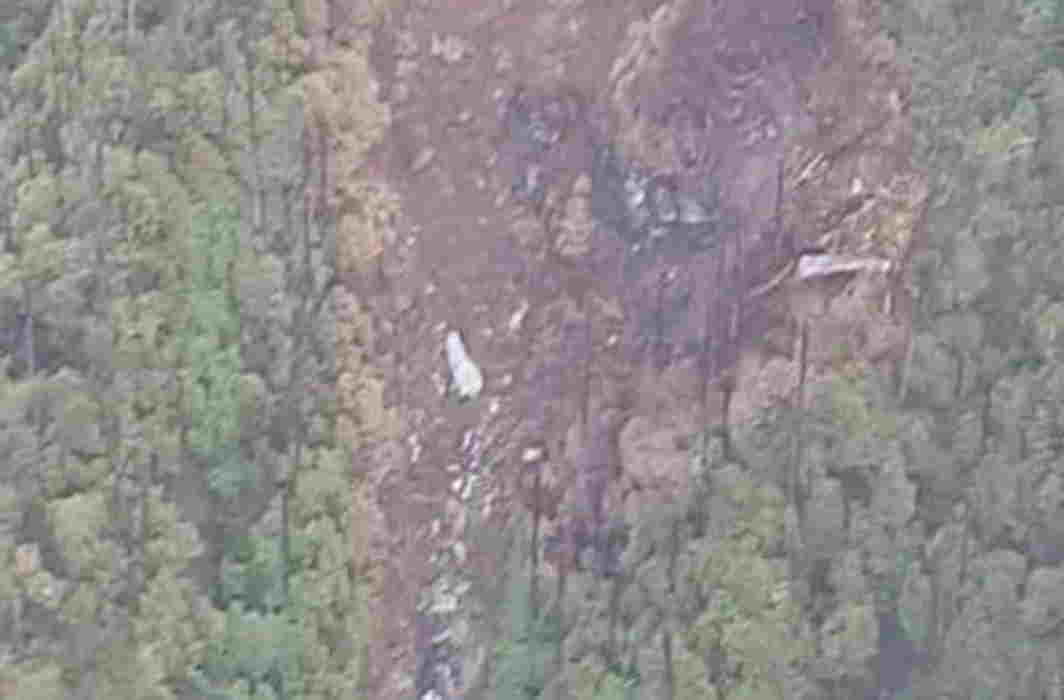 Rescue operation for any likely survivors has been launched at the crash site of IAF’s AN-32 aircraft that went missing on June 3 and was spotted yesterday (Tuesday, June 11) some 16 kilometres north of Lipo in Arunachal Pradesh.

Advanced Light Helicopters (ALH) and Mi17s of Indian Army are being utilised for the search and rescue operation that began today morningfor the 13 personnel on board the crashed aircraft, news agency ANI said in a tweet.

The wreckage of the plane 16 kilometres North of Lipo, North East of Tato at an altitude of 12,000 feet was spotted yesterday by a Mi-17 helicopter of the Indian Air Force. The first image of the crash site, a top view shared by Arunachal government sources, shows debris from the aircraft and charred trees, indicating a big fire when the plane would have gone down. 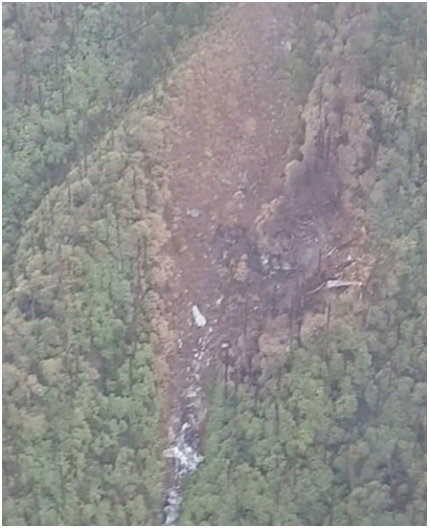 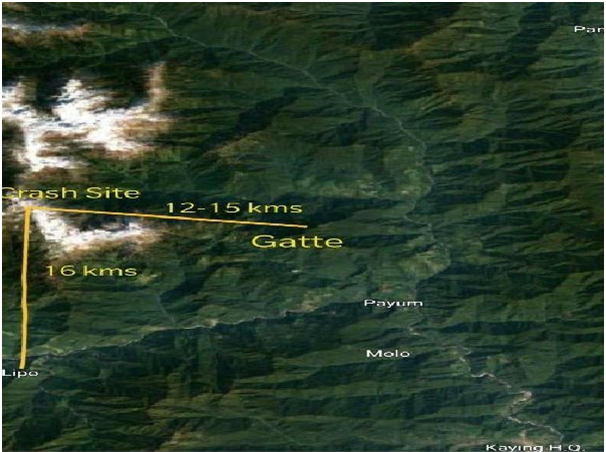 The Air Force says due to high elevation and dense forests, helicopters could not land next to the crash site. However, the nearest landing site has been identified and the rescue operation by helicopters began this morning. Ground forces reached the crash site at night.

The aircraft carrying six officers, five airmen and two non-combatants (enrolled) took off from Jorhat in Assam at 12.27 pm on June 3 for the Mechuka Advance Landing Ground in Arunachal Pradesh, where it was supposed to reach at 1.30 pm. The weather over the region was turbulent on the day and the aircraft’s last contact with ground agencies was at around 1.00 pm.

The Mechuka Advance Landing Ground is located in Mechuka Valley in West Siang District of Arunachal Pradesh. It is the closest landing ground to the India-China border near the McMohan line.

IAF’s C-130J transport aircraft, Sukhoi Su-30 fighter jets, NAVY P8-I search aircraft and a fleet of IAF and Army helicopters had been searching for the aircraft. ISRO satellites and unmanned drones were also involved in the search operations.

Teams from the Army, Navy and Indo-Tibetan Border Police (ITBP) troops, supported by night-time sensors, besides policemen, local villagers and hunters worked through the night. The Air Force said the search area had been expanded despite challenges posed by vegetation, inhospitable terrain and poor weather.

On June 9, the Indian Air Force has also announced a reward of Rs 5 lakh for any information about the whereabouts of the aircraft.

Family members of the missing personnel have been put up in Assam so they can be kept informed of the search mission. Air Chief Marshal BS Dhanoa, who has also stationed himself at Assam’s Jorhat air base to review the operation, interacted with the families of the officers and airmen onboard the aircraft.

On Saturday, IAF chief Air Chief Marshal BS Dhanoa had arrived in Jorhat to take stock of the operations and to meet the families of the missing men.

Ahead of the latest crash, the AN-32’s safety record has been blemished by two fatal crashes over the last decade. In July 2016, an AN-32 went down in the Bay of Bengal with 29 people on board. Neither the aircraft nor its wreckage was found. A decade ago, an AN-32 crashed in West Siang of Arunachal Pradesh killing all 13 men on board. The wreckage of that plane was spotted by a search team at over 12,000ft above sea level, more than 24 hours after it went down.