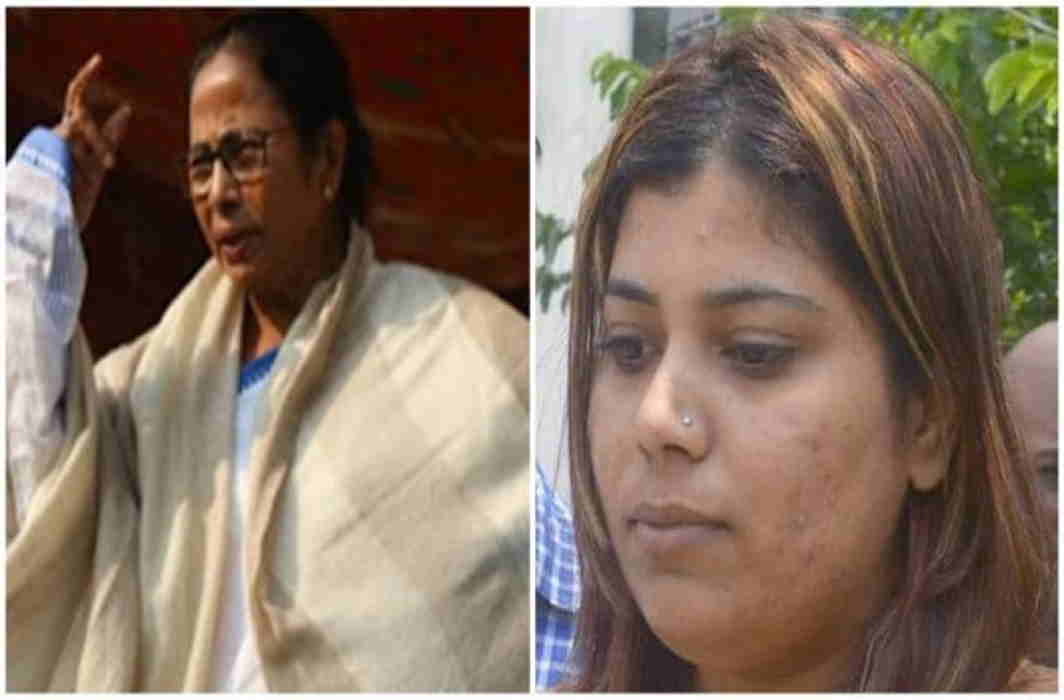 The Supreme Court (SC) today (Monday, July 1) issued a contempt notice to Mamata Banerjee government in West Bengal for keeping BJP Yuva Morcha leader Priyanka Sharma in jail for one full day despite the court’s order on May 14 to release her immediately on bail.

A bench headed by Chief Justice Ranjan Gogoi issued notices to the state government and others on the contempt plea filed by the activist’s brother Rajib Sharma. Senior advocate Neeraj Kishan Kaul, representing Priyanka’s brother Rajib Sharma, said that although the bench had granted her bail on Tuesday (May 14) and directed her immediate release, she was not freed.

Priyanka Sharma was arrested on May 10 after she posted on social media a morphed picture of Mamata Banerjee – with her face superimposed on Priyanka Chopra’s photograph from the Met Gala event in New York held on May 6. The 26-year-old was charged with penal provisions relating to defamation, uploading offensive content and distributing sexually explicit material.

The court called her arrest “prima facie arbitrary” in the first place.

However, on May 14, while granting Sharma bail, the vacation bench led by Justice Indira Banerjee had asked her to apologise for the “meme”. The apology, though, was not a pre-condition for her release and she was asked that she should apologise after she was released.

But the next day, senior advocate Neeraj Kishan Kaul, appearing for Sharma, informed the vacation bench that the State government chose to defy the judicial order for her release. He informed the court that Sharma was not released from jail on May 14. Her lawyers, who went to secure her release, were told off by the jail authorities. The latter even asked them to either produce certified copies of the bail order or approach the local court for her release.

When the counsel for state government said the jail authorities were merely following the jail manual, Justice Banerjee hit out: “A Supreme Court order for immediate release has precedence over a jail manual.”

“No. This is not done. First of all, the arrest was prima facie arbitrary,” the bench said and warned of contempt proceedings if she was not released forthwith. Kaul asked what right did the state and the police have to detain her even for a minute after the apex court’s order.

Kaul also informed the court that the police had already filed a closure report in the case of criminal defamation foisted against Sharma. The report was filed on May 13, but the information was not disclosed to the Supreme Court by the State government during the May 14 bail hearing.

The BJP leader later told reporters that she had been forced to sign on an apology statement and she wouldn’t apologise to the chief minister for the meme. “There is anarchy all across Bengal and I am being jailed for sharing a meme,” said Priyanka Sharma after her release.