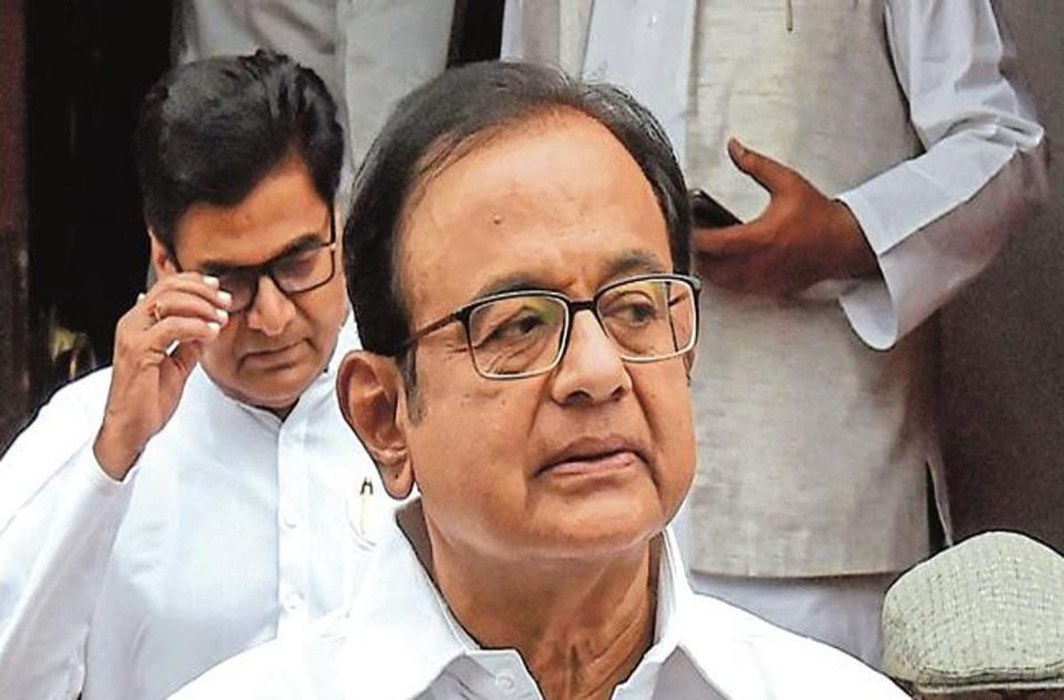 The Supreme Court bench of Justices R Banumathi and AS Bopanna said anticipatory bail could not be expected as a matter of right, especially in economic offences. Courts had to provide anticipatory bail sparingly.

Calling economic offences “serious”, court said anticipatory bail has to be an exception in such cases. “The right to anticipatory bail can’t be a subject matter of fundamental right under Article 32,” the SC added.

The investigating agency has to be given sufficient freedom to conduct a probe into the case, the apex court said. It also rejected Chidambaram’s application for direction to the ED to produce transcripts of his questioning conducted by the agency on three dates.

The court said this may run the risk of exposing the evidence.

The ED had argued that the “art of investigation” did not oblige it to reveal to Chidambaram the entire gamut of evidence collected during investigation in the INX Media case.

After the dismissal of his plea in the ED case, Chidambaram chose to withdraw his appeal challenging his arrest and remand in the INX Media case by CBI as well.

Chidambaram, arrested by CBI on August 21, has been in CBI custody for 15 days and is due to be produced before the trial court for remand hearing.

He has applied for regular bail in the CBI court. If that fails, chances are he may be sent to Tihar Jail in judicial custody. With this apex court order, the road is also clear for the ED to arrest him.

Solicitor General Tushar Mehta, for the ED, had told the Supreme Court that complete transparency towards an accused, especially one so high-profile like the senior Congress leader, would have been an open invitation for him to tamper with evidence of money laundering. A tell-all policy in favour of accused persons destroyed cases.

Mehta said it was “preposterous and absurd” for Chidambaram to claim that only evidence he was privy to should have been shown to the Delhi High Court. Such an approach, if adopted, would affect other sensitive investigations into the Vijay Mallya, Mehul Choksi, Neerav Modi, Sharda chit fund and terror funding cases.

“It will result in disastrous consequences,” Mehta submitted on August 29, when the case was reserved for orders.

“The art of investigation is that we reveal only certain things. If we confront him with 15 money trails when he really has 30, he will do his best to wipe out the rest,” Mehta reasoned.

Chidambaram had argued that the Delhi High Court had refused him protection from arrest on August 20 solely on the basis of “material” handed over by the probe agency in a sealed cover “behind his back”.

Senior advocate Kapil Sibal, appearing for Chidambaram, said the case was a classic example of how “sealed covers seal the fate of a man’s liberty”.

Chidambaram’s lawyers had questioned why he was not confronted with this material when he was questioned thrice by the ED on December 19, 2018, January 7 and January 21, 2019. They sought a transcript of the interrogation sessions of the three days.

The ED has accused the Congress leader of money-laundering in the case, which is also being investigated by the CBI. CBI had lodged an FIR on May 15, 2017, alleging irregularities in FIPB clearance granted to INX Media group for receiving overseas funds worth Rs 305 crore in 2007 during Chidambaram’s tenure as finance minister. Thereafter, ED lodged a money laundering case in 2017.

The Delhi High Court had on August 20, rejected anticipatory bail pleas of Chidambaram in the INX media scam cases lodged by the CBI and ED. The high court held that he was “prima facie the kingpin” in the INX Media corruption and money laundering cases and “simply because he is a Member of Parliament would not justify the grant of pre-arrest bail to him”.[/vc_column_text][/vc_column][/vc_row]