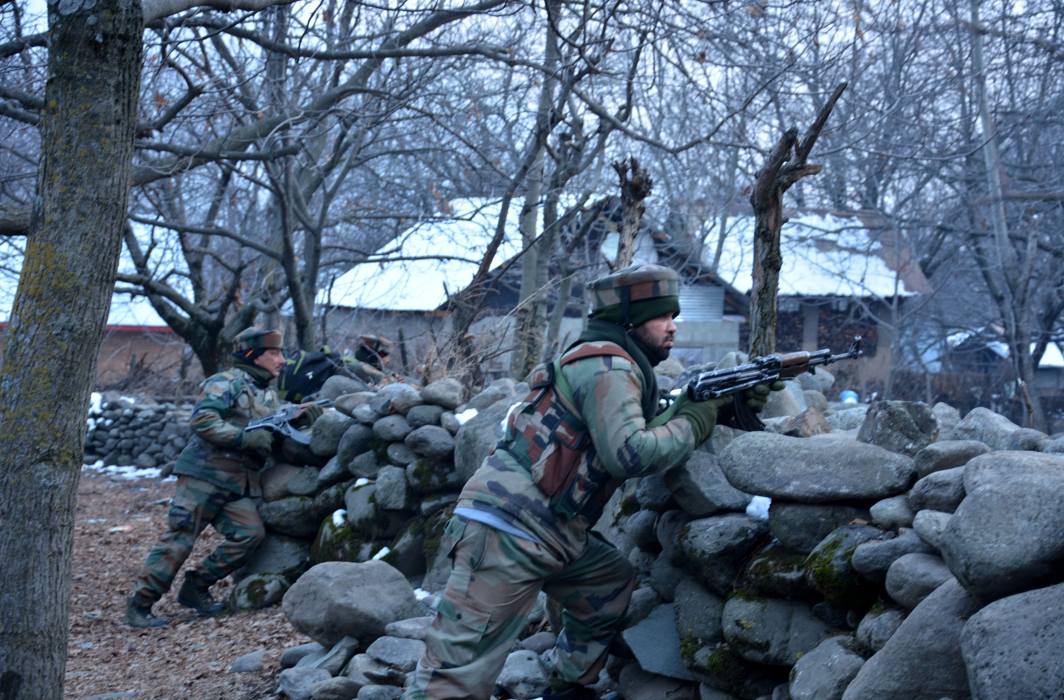 Security forces on Sunday gunned down three militants alleged to be involved in abduction and killing of a trainee police constable in Kulgam barely 12 hours earlier.

The militants were trapped after a cordon-and-search operation was launched by the Army, state Police, and CRPF in Khudwani early this morning after receiving specific intelligence input about the presence of militants in the area, said media reports quoting police officials. This happened in a residential area of Kulgam, 2 kilometres from where Shah was kidnapped, said media reports.

The search operation turned into a gun battle as the militants fired upon the search party of the forces who retaliated and in the ensuing gun fight, three militants were killed.

The police said one of the three terrorists who were shot dead is a Lashkar-e-Taiba operative from Pakistan, while the other two were locals.

Two AK-47 rifles and a carbine were found at the encounter site.

“Three terrorists were killed in Kulgam early morning today. They were involved in kidnapping and killing of a police constable yesterday. Bodies of the terrorists and two AK-47 rifles have been recovered. One terrorist was associated with LeT (Lashkar-e-Taiba) and the two were locals,” said Shesh Paul Vaid, Director General of Police, Jammu and Kashmir, according to media reports.

Earlier this month, police constable Javed Ahmad Dar was kidnapped from his village in Shopian and killed by terrorists.

Last month, army jawan Aurangzeb was kidnapped and killed in Pulwama when he was going home for Eid.

“One after the other, our security forces are successfully moving ahead in their anti-militancy operations, but killings of local security personnel can be a conspiratorial design to discourage the local Kashmiri youth to join the security forces,” Minister of State in the Prime Minister’s Office Jitendra Singh said, news agency ANI reported.

No confidence motion debate: Rahul Gandhi vs Narendra Modi – the charges and the replies