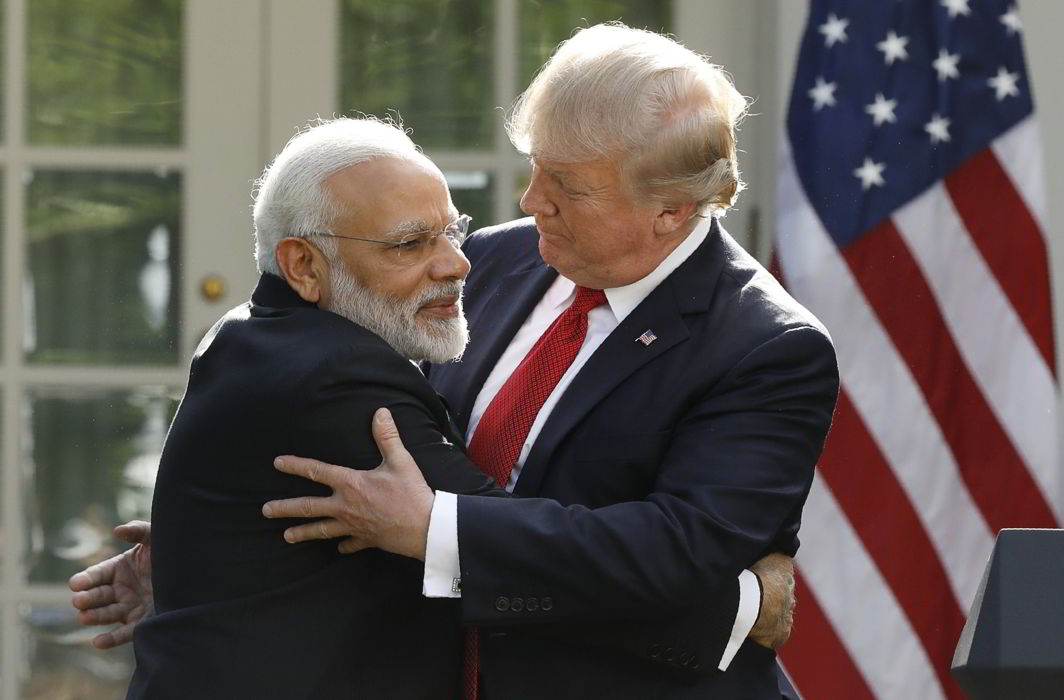 Amid worldwide condemnation to US President Donald Trump’s announcement of recognizing Jerusalem as Israel’s capital and instruction to move its embassy from Tel Aviv to the city, India has taken cautious approach. In its first reaction New Delhi has said on Thursday that its position on Palestine is independent and not determined by any third country.

Raveesh Kumar, spokesperson of Ministry of External Affairs, while responding to a question, said “India’s position on Palestine is independent and consistent. It is shaped by our views and interests and not determined by any third country.”

Several countries criticised Donald Trump even before formal announcement about recognition of Jerusalem and his instructions to Department of State to initiate proceedings for moving US embassy from Tel Aviv to Jerusalem.

Among those who denounced or condemned the Trump’s move include US closest allies in Europe and Middle East. UN, EU, France, Germany, Saudi Arbia, Egypt, Jordan, Qatar, andTurkey have condemned the move. Many of them believe that US will not be able to mediate in the Israel-Palestine dispute.

Palestinian Authority Mehmoud Abbas,  in a televised speech, said that Trump’s move will “serve the extremist groups’ agenda” and drag the region into ‘an endless war.” PLO Secretary General Saeb Erekat believes that the move has closed the doors for negotiations saying, “Trump tonight disqualified the US to play any role in any peace process.”

Saudi Arabia, one of the closest allies in the Middle East, also chose to denounce the Trump’s announcement. A statement issued through official Saudi Press Agency (SPA) said, “The Kingdom expresses its denunciation and deep regret that the administration has taken this step, as it represents a great bias against the historic and permanent rights of the Palestinian people in Jerusalem.”

India has historically supported the Palestinian cause and India used to refer to the East Jerusalem as being the capital of an independent Palestinian state.

But in recent times India has dropped mentioning East Jerusalem in its statements. Earlier this year, when Palestinian President Mahmoud Abbas visited India, PM Modi stressed on India’s support for an independent Palestinian state in a joint statement without mentioning about East Jerusalem.

India formally recognised Israel in 1950. Soon thereafter, the Jewish Agency established an immigration office in Mumbai. It was later converted into Trade Office and subsequently into a consulate. Embassies were opened in 1992, when full diplomatic relations were established.

Related Topics:Donald TrumpIsraelJerusalemUSUS Embassy
Up Next