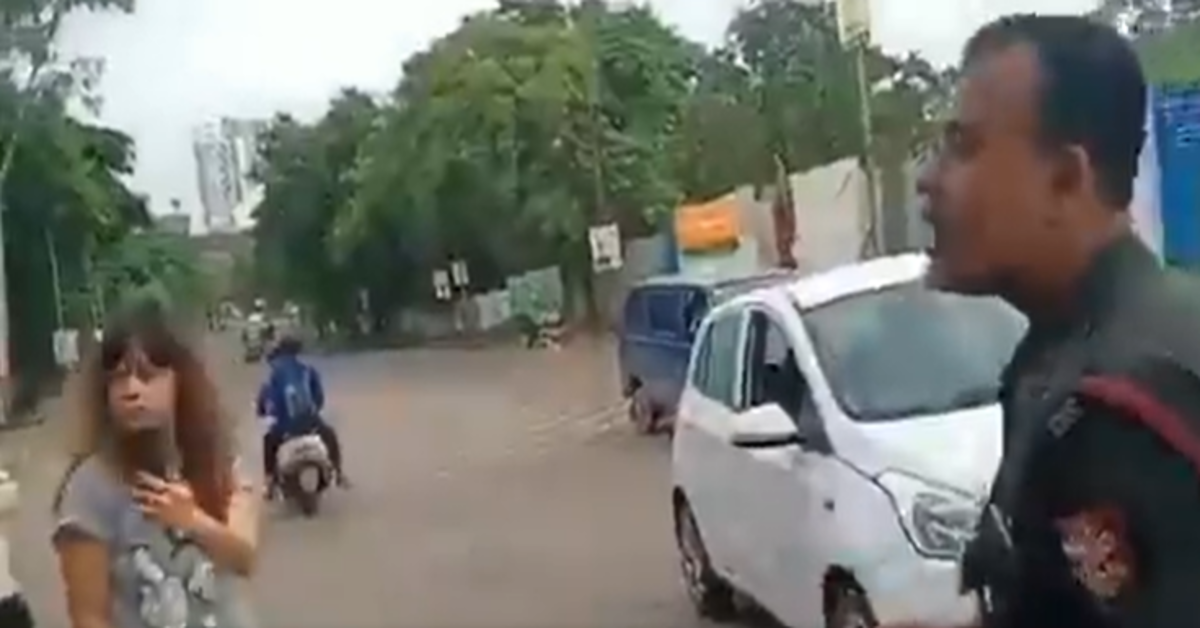 A woman hurling abuses at army personnel while caught up in a spat with an army officer went viral recently. The woman in the video can be seen using derogatory remarks against police and army officials.

The woman’s remark while fighting on the road with army personnel triggered the public to rage and question her. She can also be heard stating that the police and army have led the way in decreasing the status quo of women in society.

In the video, a woman can be seen recording a video on her phone while she is caught up in a spat with an army official. The woman can also be seen using demeaning and derogatory terms about the army and police officials. She can be heard blaming the officials for the decrease in woman’s status.

After hearing the woman, the public can also be seen as enraged at the woman for her remarks as they rushed in to argue against her. The woman, frustrated with the arguing people, returned to her car, and drove off.

This is not the first time the woman ended up in a verbal altercation with the authorities as another video of her recently surfaced where she was seen using a similar attitude toward the police and hurling abuses at them.

After the video went viral, many users came forward to remark on the incident as one user wrote and remarked that as her punishment she should be made to serve at the Line Of Control (LOC), suggesting how that is the only way that she will realize the effort put into serving the country.

Another user added to the conversation and termed the incident as terrible, and wrote that where do people such as these get the audacity to abuse those who are sacrificing their lives for the nation?