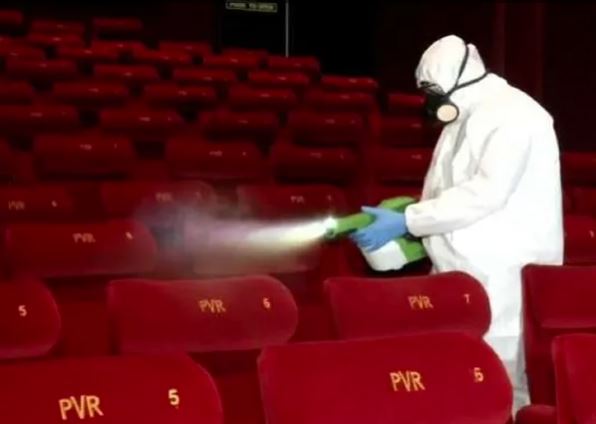 The Ministry of Home Affairs (MHA) on Wednesday issued another set of guidelines for unlock 5.0, allowing reopening of cinemas, theatres and multiplexes from October 15 with 50% capacity, for which separate guidelines will be issued by the Ministry of Information and Broadcasting. Schools and colleges, shut since March as lockdown was announced across the country, may also re-open from October 15 but the final decision has been left to the state governments.

Unlock 5.0 guidelines will be effective from 1 October and will continue till October 31 while unlock 4.0 ending on September 30. In the centre’s new guidelines, the restrictions on inter-state and intra-state movement have been lifted but the lockdown will be strictly enforced in containment zones till October 31.

The new guidelines are based on the feedback that the centre received from states and Union Territories, and extensive consultations held with related central ministries and departments.

The phase-wise unlocking was begun in June with the opening of few essential activities outside the containment zones. Over the last four months, offices, public transport including metro, domestic flights, religious places, restaurants, hotels, gyms, saloons, schools and colleges have been allowed to operate as per the state government guidelines.

All the public activities were prohibited by the government when the Prime Minister Narendra Modi announced the nationwide lockdown in March due to the increasing number of coronavirus cases in the country. India’s coronavirus count rose to 62,25,763 after 80,472 cases and 1,179 deaths were reported on Wednesday morning. A total of 97,497 people have lost their lives due to COVID-19. India’s recovery rate is 83.01 percent while the death rate stood at 1.57 percent.

After Hathras, a 22-year-old woman raped and killed in UP’s Balrampur