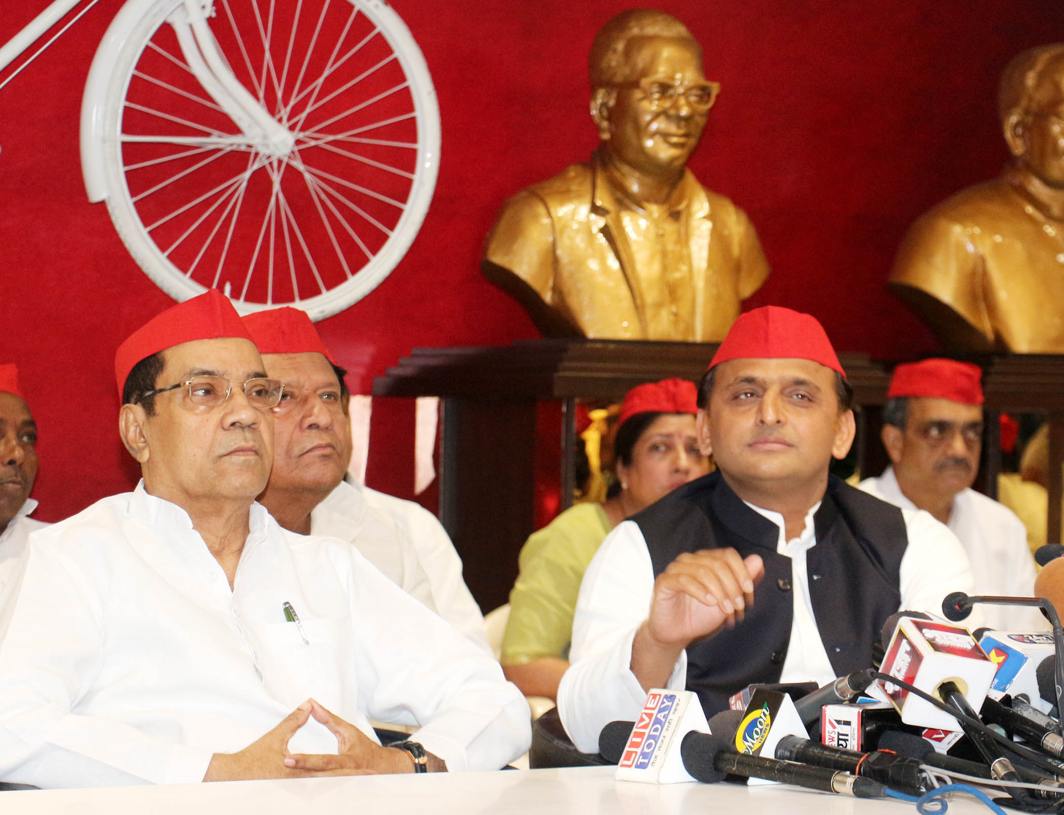 With assembly elections just months away, politicians are jumping ship from one party to another party like there is no tomorrow.

Former BJP MLA Ram Iqbal Singh, a vocal critic of the Yogi Adityanath government, who had demanded Union Minister Ajay Kumar Mishra Teni’s resignation in the Lakhimpur violence case, has joined the Samajwadi Party along with his supporters.

The party tweeted a picture of Ram Iqbal Singh with Samajwadi Party chief Akhilesh Yadav saying the SP’s caravan is growing longer. Possibly hinting at more such jump-shippers in the pipeline.

Singh had earlier taken a dig at Yogi Adityanath, suggesting that if he is removed from the post of the chief minister, he will immediately become a monk.

Cycle being oiled, polished for next yatra

Samajwadi Party chief Akhilesh Yadav announced the schedule of the 8th phase of his Vijay Yatra. The party tweeted that Samajwadi Vijay Rath will continue to ride and the public support will keep increasing.

Addressing the Yatra, Yadav attacked the BJP over the income tax raids on its leaders saying if BJP thinks that they can halt the Samajwadi Vijay rath, then they are mistaken. The rath will stop only when the SP government is installed in the state, he said.

Mathura fuel added to the UP Assembly poll bonfire

BJP Mathura MP Hema Malini has said that after Ayodhya and Kashi, her constituency will also get a grand temple. She expressed confidence in the leadership of PM Narendra Modi and said that a Kashi like corridor will also come up in Mathura.

The Jan Vishvas Yatra of the BJP, which was flagged off simultaneously from six different locations, will end on January 1-2 after covering all 403 assembly constituencies of the state.

Uttarakhand Chief Minister Pushkar Singh Dhami has appointed Indian wicket-keeper batsman Rishabh Pant as the brand ambassador of the state. Taking to Twitter, the Chief Minister said that Pant will encourage the youngsters to take up sports.

In Uttarakhand, the BJP is riding high on the double engine mantra – having the same party in power at the Centre and in the state – and is confident of breaking the jinx.

With the Congress and the BJP alternating in power, the poll batte in Uttarakhand has bipolar, but, however, this time, Arvind Kejriwal’s Aam Aadmi Party has entered the fray to shake things up a little.

Uttarakhand is one of the few states where the Congress sees a ray of hope and expects to capitalise on the anti-incumbency votes.

However, the Congress has not projected any chief ministerial face yet but Harish Rawat, who is considered the de facto candidate, had earlier said he would like to see a Dalit CM head the Congress government in the state. But the AAP has promised surprises too saying that voters will give surprising results