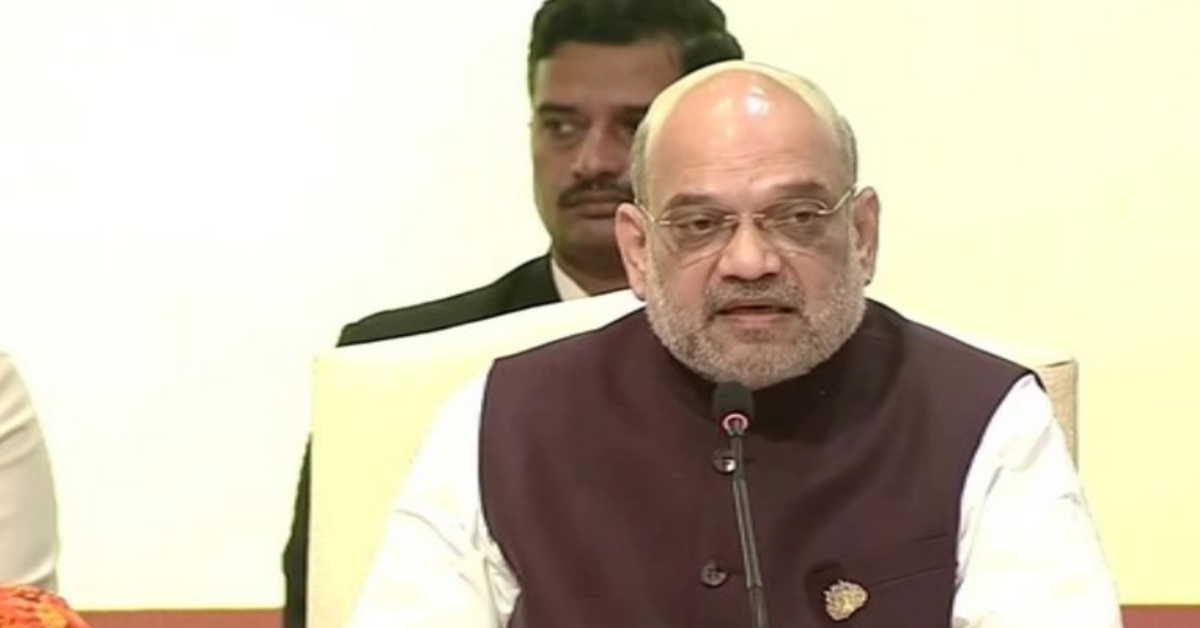 Union Home Minister Amit Shah while speaking at the No Money for Terrorism global meeting on Friday, stated that terrorism shouldn’t be linked to religion.The 2-day global conference on funding terrorism will have 450 delegates from across countries including Ministers, Heads of Multilateral organizations, and the Financial Action Taskforce.

Amit Shah in his address also stated that financing terrorism is more dangerous than the threat of terrorism. He further added that Terrorism shouldn’t be linked to any religion or group.

The No Money for Terrorism global meet hosted by the Ministry of Home Affairs in Delhi was inaugurated by Narendra Modi and will be held for 2-days and Home Minister Amit Shah will speak again on the concluding day of the meet.

In his address, the Home Minister also credited and praised the countries by citing that the nations have made progress to counter terrorism by strengthening security architecture, legal systems, and financial systems.

He also highlighted and alleged that some countries protect and harbor terrorists and attacked such countries, claiming that protecting a terrorist is equal to promoting terrorism. He further added that it is a collective responsibility of the nations to counter such elements and inhibit them from succeeding in their intentions.

The Prime Minister of India, in his inaugural address, also highlighted the need for equal outrage and actions on all terrorist attacks. PM Modi also added that he had foreseen the dark face of terror long before the world took note of it.

The National investigative agency also confirmed to the press on Thursday that delegations of Pakistan and Afghanistan won’t be in attendance for the No Money for Terrorism meet.

Pregnant woman transported to the hospital on tractor in Agra, video viral | Watch

IND vs NZ: First T20I abandoned without a ball bowled due to heavy rainfall at Wellington