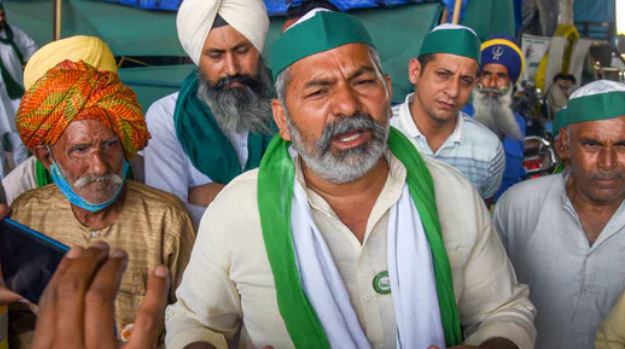 The Bharatiya Kisan Union leader Rakesh Tikait has said that around 200 farmers would stage a peaceful protest outside Parliament during the monsoon session demanding repeal of the contentious farm laws.

The farmers would hold demonstrations from July 22 and a meeting to finalise the strategy would be held on Wednesday, said the union leader.

Tikait said that they sit outside Parliament while proceedings (Monsoon Session) will continue in the House. Around 200 people will go there towards Parliament by bus, paying the fare and assured that It will be a peaceful protest. A meeting will be held to plan a strategy today, he said.

The Samyukt Kisan Morcha (SKM) had earlier said preparations for the protests were in full swing. The SKM is an umbrella body constituting 40 farmer unions that are spearheading the agitation for the scrapping of the agriculture reform laws.

Farmers and leaders from Punjab, Haryana, Rajasthan, Uttar Pradesh, and even from distant states like West Bengal, Chhattisgarh, and Karnataka are arriving at the borders of Delhi to participate in the protest, according to the Samyukt Kisan Morcha.

The farmer unions have also called on non-NDA MPs to take up their issue inside the House. They said the letters will be issued on July 17 to their offices or official residences if opposition parties are serious about their support to the farmers. They must take on the Central Government in the same spirit of resolve that the farmers are showing by the seven-month-long protest on the streets and borders of Delhi, they added.

Tent roofs have been reinforced with metal, battery-powered lights have been procured and cleaning drives to avoid stagnation of water have been undertaken by the farmers for the protest site during this monsoon.

Farmers have also decided to protest in Uttar Pradesh and Uttarakhand where polls are due in 2022. Farmer leader Avtar Mehma said that Samyukt Kisan Morcha has emerged as the opposition and have planned to take their rallies in these two states in September to ensure that the BJP does not win the elections there.