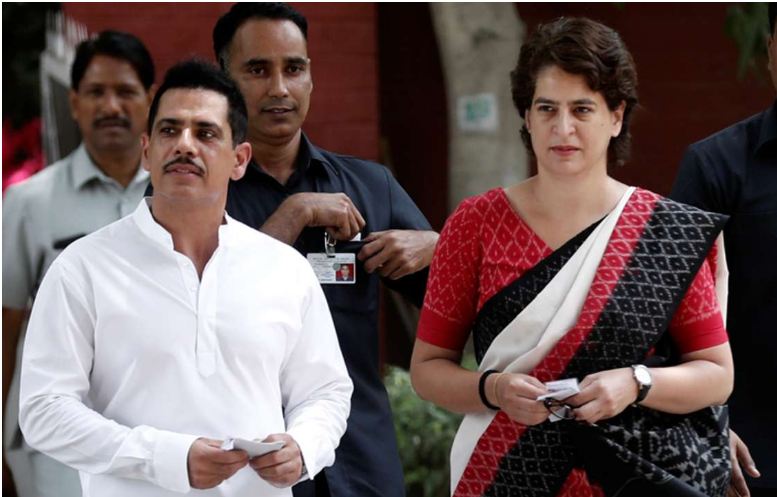 Businessman Robert Vadra on Wednesday alleged that he had been stopped at Delhi airport from going to Lucknow to meet his wife and Congress general secretary Priyanka Gandhi Vadra who remains under preventive detention for defying orders to visit Lakhimpur Kheri.

Priyanka Gandhi has been in police custody since early Monday when she was stopped while attempting to go to Lakhimpur Kheri where 9 people including 4 farmers and a local journalist had died in violence on Sunday.

In a long Facebook post, Vadra said that he had packed his bags to go to Lucknow but was informed that he won’t be allowed to step out of the airport. This is totally shocking that as a husband he can’t even go and support his wife, he wrote.

In his post, Vadra said his family and wife comes first. She is released soon and back home safe, Vadra wrote. He spoke with his wife Priyanka Gandhi yesterday and she told me that she has not been served with any order or notice. She has not been produced before a judicial officer and has not been allowed to meet her legal counsel, Vadra said.

Vadra also said he is shocked beyond belief at how Priyanka has been arrested under Section 151 of the Indian Penal Code (IPC).

The Uttar Pradesh government on Monday had stopped Chhattisgarh Chief Minister Bhupesh Baghel and Punjab Deputy Chief Minister Sukhjinder Singh Randhawa at Lucknow airport. However, Baghel managed to arrive at Lucknow Airport from where he held a press conference through video conferencing.

Meanwhile, on Wednesday, the UP govt had suspended internet services of district Sitapur, where Priyanka Gandhi is in the detention room.

Priyanka Gandhi Vadra had earlier said she is being kept in detention by the Uttar Pradesh Police without any legal basis. She had also alleged that police personnel surrounded and pushed Congress leaders accompanying her.

Cases have been filed against Priyanka Gandhi and 10 others under the apprehension of breach of peace. Among these 10, 8 of those named by the UP police were not even present with her, Priyanka said.

Love FaceTime? Android users too can use it now, here’s how