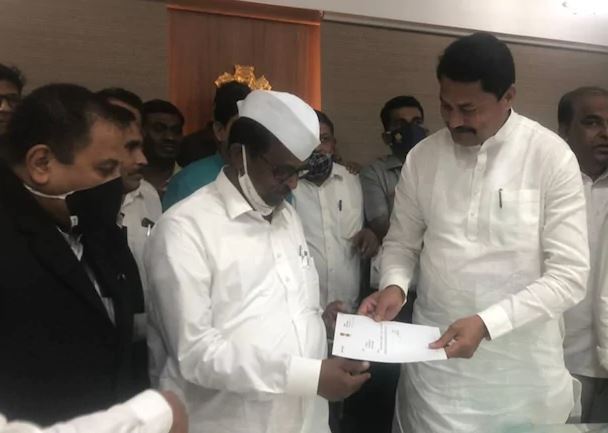 Maharashtra Assembly Speaker Nana Patole on Thursday submitted his resignation to deputy speaker Narwari Zirwal. This development comes a day after his meeting with Rahul Gandhi. Patole is set to be soon appointed as the state Congress president in place of Balasaheb Thorat, who had offered to quit a month ago in keeping with the Congress party’s policy of ‘one man, one post’.

Sources told both Chief Minister Uddhav Thackeray and Deputy Chief Minister Ajit Pawar are upset that Shiv Sena and NCP were not consulted by the Congress before Patole resigned. Meanwhile, the Nationalist Congress Party chief Sharad Pawar said the new Speaker will be decided by the partners of the Maha Vikas Aghadi coalition of the NCP, Congress and the Shiv Sena.

After stepping down from the post, Patole told his supporters that their connection will remain strong. He said the deputy speaker will continue to work until the new Speaker is chosen.

Patole, an MLA from Sakoli in Bhandara district, is likely to replace Revenue Minister Balasaheb Thorat as the chief of the Maharashtra Pradesh Congress Committee. A delegation of Congress ministers, led by Thorat, had recently met the party leadership in Delhi.

Patole had joined the BJP after leaving the Congress in 2014. He later returned to the Congress and was elected the Speaker of the Maharashtra Vikas Aghadi government last year.

In the 2019 Lok Sabha elections, the Congress had fielded Patole against BJP’s Nitin Gadkari and was defeated by a massive margin. In the 2019 assembly polls, Patole defeated Devendra Fadnavis’ trusted aide Parinay Fuke. A prominent leader of the OBC community and farmers, Patole was elected assembly speaker on December 1, 2019.

Pfizer withdraws emergency use authorisation application of its Covid-19 vaccine