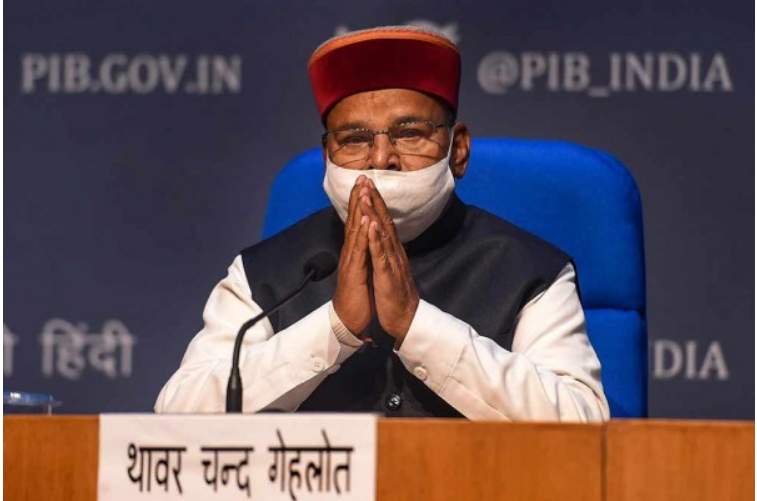 The reshuffle of Governors comes ahead of Prime Minister Narendra Modi’s expected cabinet expansion. Among the new appointments, Union minister  Thaawarchand Gehlot is the new Governor of Karnataka.

Thaawarchand Gehlot, who is presently cabinet minister of social justice and empowerment, has been appointed as the Governor of Karnataka. Bandaru Dattatreya, who was incharge of Himachal Pradesh, will now take the position in Haryana, while, in place of Dattatreya, Rajendran Vishwanath Arlekar has been appointed as the new governor of Himachal Pradesh.

PS Sreedharan Pillai, the Governor of Mizoram, has been moved to Goa. Satyadev Narayan Arya, Haryana Governor, will shift to Tripura. Tripura Governor Ramesh Bais has been transferred to Jharkhand. Other who have been appointed are Hari Babu Kambhampati, who has been given charge of Mizoram and Mangubhai Chaganbhai will be new governor of Madhya Pradesh.

President Ram Nath Kovind’s office said that the above appointments will take effect from the dates they assume charge of their respective offices.

The new appointments have come ahead of expansion of Prime Minister Narendra Modi’s cabinet, which is expected later this week. On July 4, Union Home Minister Amit Shah and BJP general secretary BL Santhosh held meting with the Prime Minister Modi for several hours regarding the Union Cabinet reshuffle.

While the current strength of the Union Council of Ministers is 53 besides PM Modi, only 27 more Ministers can be inducted. If he goes ahead with the exercise, this will mark the first-ever cabinet expansion exercise since the NDA government assumed power in May 2019.

In other India News, the Delimitation Comission has begin its four day visit and reached in Jammu and Kashmir on Tuesday to meet the political leaders, civil society members and other statkeholders to gather first-hand information about the conduct of the mega exercise to carve out new constituencies in Jammu and Kashmir.