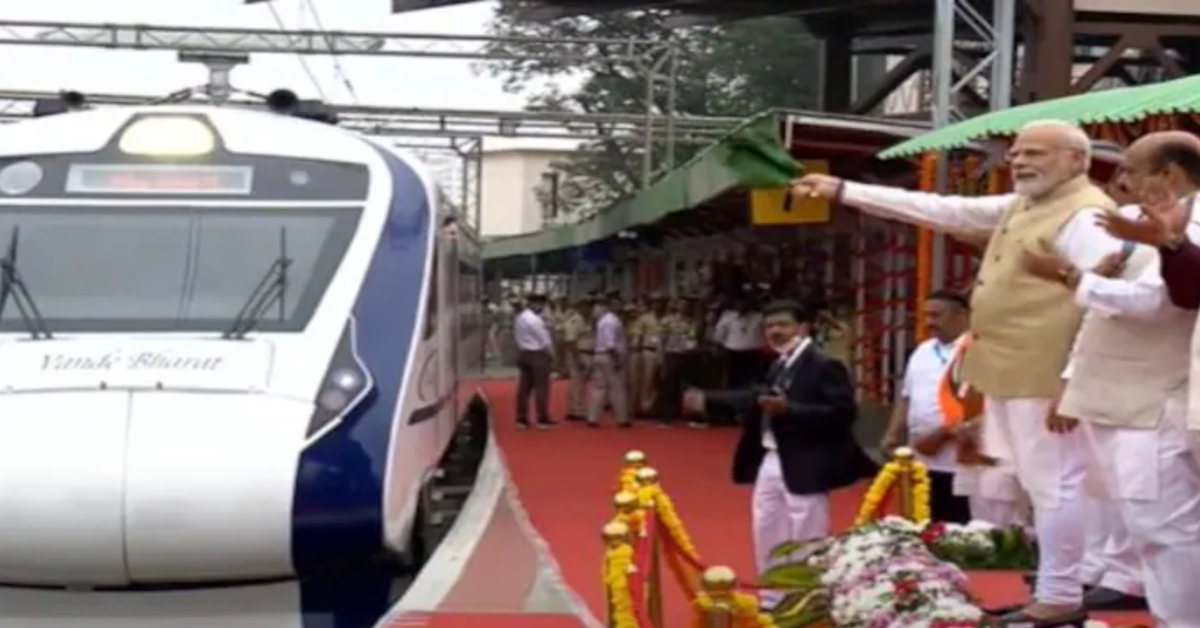 Prime Minister Narendra Modi, on Friday, flagged off the Vande Bharat Express at KSR Railway station. The Prime Minister, earlier today was welcomed by Governor Thaawarchand Gehlot and CM Basavaraj Bommai upon his arrival in Bengaluru.

At the flagging-off ceremony, CM Basavaraj Bommai, and governorGehlot were also present.

The PM will unveil the 108ft statue of city founder Kempegowda later in the day as well. The Prime Minister, earlier today visited Kanaka Dasa and Valmiki statues at Vidhan Saudha and paid floral tributes to the statues. PM Modi is also expected to address a public meeting in Karnataka during his visit.

Prime Minister Modi’s spiritedness which includes inaugurations and addresses of public meetings comes ahead of the state Assembly polls which are 5 months away.

According to reports, In November a 54-year-old woman was run over by a Vande Bharat train at Anand railway station in Ahmedabad. Whereas in the month of October, the Vande Bharat train collided with two animals which resulted in the VB express train being damaged as the front of the Train was partially dismantled.

The VB train facing damages drew a lot of flak from the opposition on the quality of goods used to build the train as many scrutinized how an accident with one animal can dismantle the train. The Vande Bharat Train also faced an issue with its operation in October.