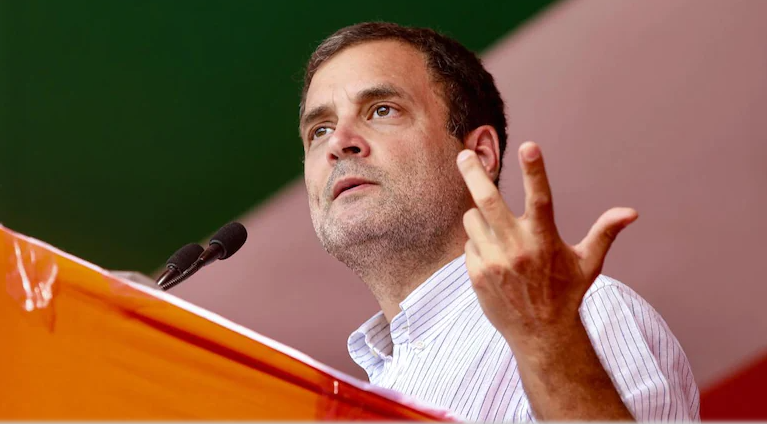 Former Congress president Rahul Gandhi has slammed the Modi government over some old pending dues tweets of wrestling bronze medallist Bajrang Punia and javelin gold medallist Neeraj Chopra, who had not yet received the prize money announced by the Haryana government in 2018.

Taking a jibe at the prize money announced by the various state governments for Olympic medal winners, Gandhi wrote on Instagram that in addition to felicitating athletes, they should be given what is rightfully theirs. He said that that players should get their dues with the congratulations not cuts in the sports budgets. Enough with the video calls, now hand out the reward amounts, he wrote.

In February the government had announced a Rs 230.78 crore cut in the country’s sports budget which have been pointed out by many since the athlete’s exploits in Tokyo. However, the government had said this was due to Covid lockdown.

Various state governments and other institutions have announced over Rs 13 crore in cash awards for Neeraj Chopra after his gold medal win.

Gandhi also hit out at political leaders rushing to congratulate athletes in phone or video calls including Prime Minister Narendra Modi and Manipur Chief Minister N. Biren Singh. He said it was as important to pay the athletes their dues as it was to offer congratulations.

The Wayanad MP also attached a screenshot of The Times of India report – titled 4 years on, Haryana Olympians await cash rewards which claimed that Olympic athletes from Haryana had not yet received dues for performances four years ago.

Expressing his disappointment over Haryana govt’s promise to give cash prizes to the athletes winning in 2018 Asian games, Bajrang Punia in June 2019 had tweeted that if the govt can’t fulfill their promise then what should any player expect from this govt in future.

Gandhi has shared the 2018 screenshots tagging Haryana Chief Minister ML Khattar and Home Minister Anil Vij who had promised Rs 3 crore as cash reward for Punia for winning a gold medal at the Asian Games.

Hours later Neeraj Chopra retweeted that message saying when athletes come after winning medals, the whole country celebrates the victory and Haryana residents including the Chief Minister Khattar and Home Minister Vij proudly say we are from Haryana. The sports persons of Haryana have left their mark in the world of sports, let this persevere, he had said.

In other India News, The Delhi Police have registered an FIR against unknown persons for inflammatory anti-Muslim slogans raised by the Save India Foundation and other Hindu right wing outfits at Jantar Mantar on Sunday.

Parliament adjourns for the fourth time over Pegasus controversy