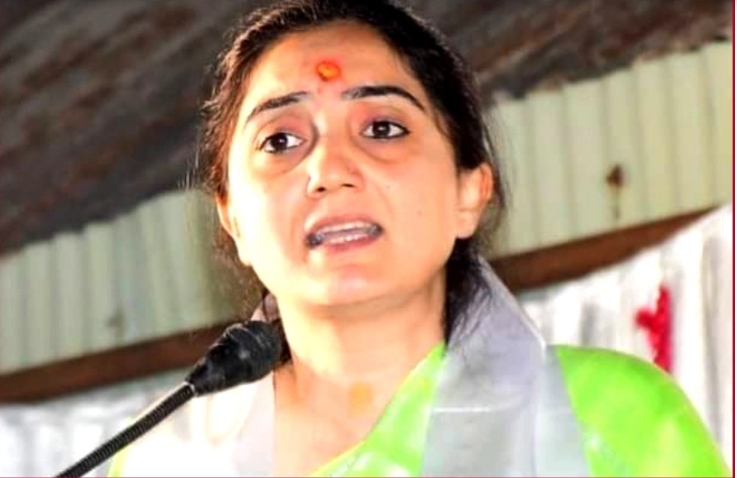 Former BJP leader Nupur Sharma who was suspended over her controversial remarks on Prophet Muhammad has now moved to the Supreme Court seeking the transfer of all the FIRs that have been filed against her remark.

Sharma also said that she has been constantly receiving rape and life threats from unsocial elements despite withdrawing her comments and further said that it would not be safe for her to travel to different states for investigations by concerned police.

The vacation bench of Justices Surya Kant and JB Pardiwala were hearing the plea of Nupur Sharma and they slammed her for her statements.

The Apex Court said that she and her loose tongue has set the entire country on fire. The bench said that her outburst is responsible for the unfortunate incident that happened at Udaipur.

The bench also said that Nupur Sharma’s comments are disturbing and what was her business to make these remarks.

Senior Advocate Maninder Singh appearing for Nupur Sharma said that she has apologised for her remarks and withdrew her comments. Replying to this, the bench said that she should have gone to the TV and apologised to the nation.

The Supreme Court bench hearing the plea of Nupur Sharma said that she was too late to withdraw and she withdrew it conditionally because the sentiments were hurt.

The bench further said that these are not religious people at all, they make statements to provoke. If she is a spokesperson of a party, it is not a license to say things like this. If there is a misuse of the debate, the first thing she should have done was to file an FIR against the anchor.

Justice Kant said that the way she has ignited emotions across the country, this lady is single-handedly responsible for what is happening in the country.