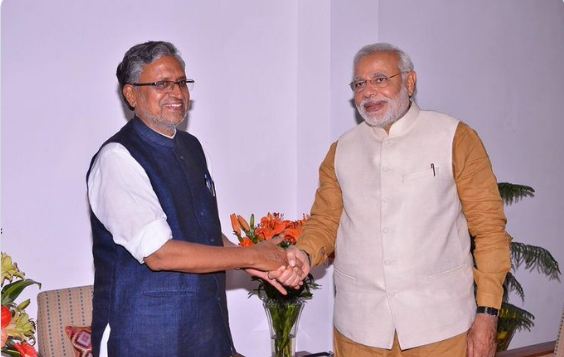 BJP MP and Bihar deputy chief minister Sushil Kumar Modi on Monday got trapped for his tweet saying Narendra Modi is the only prime minister to have also served as the chief minister of a state.

His tweet about Prime Minister Narendra Modi has now become a topic of discussion on twitter and is getting more reactions than likes and shares. Many people corrected him with evidence while others described his knowledge as Whatsup University.

Speaking at a gathering of his party workers on PM Modi’s birthday, which falls on September 17, PM Modi said that the people sitting here might not know that Narendra Modi was the chief minister of Gujarat for 13 years then he became the Prime Minister. Overall, he has been serving the country for the last 20 years as a chief minister and prime minister.

However, the factually incorrect statement of Bihar’s former deputy didn’t go down well with the tweeple who schooled him.

Desai assumed the charge of prime ministership in 1977 after serving as the chief minister of Bombay Presidency in 1952.