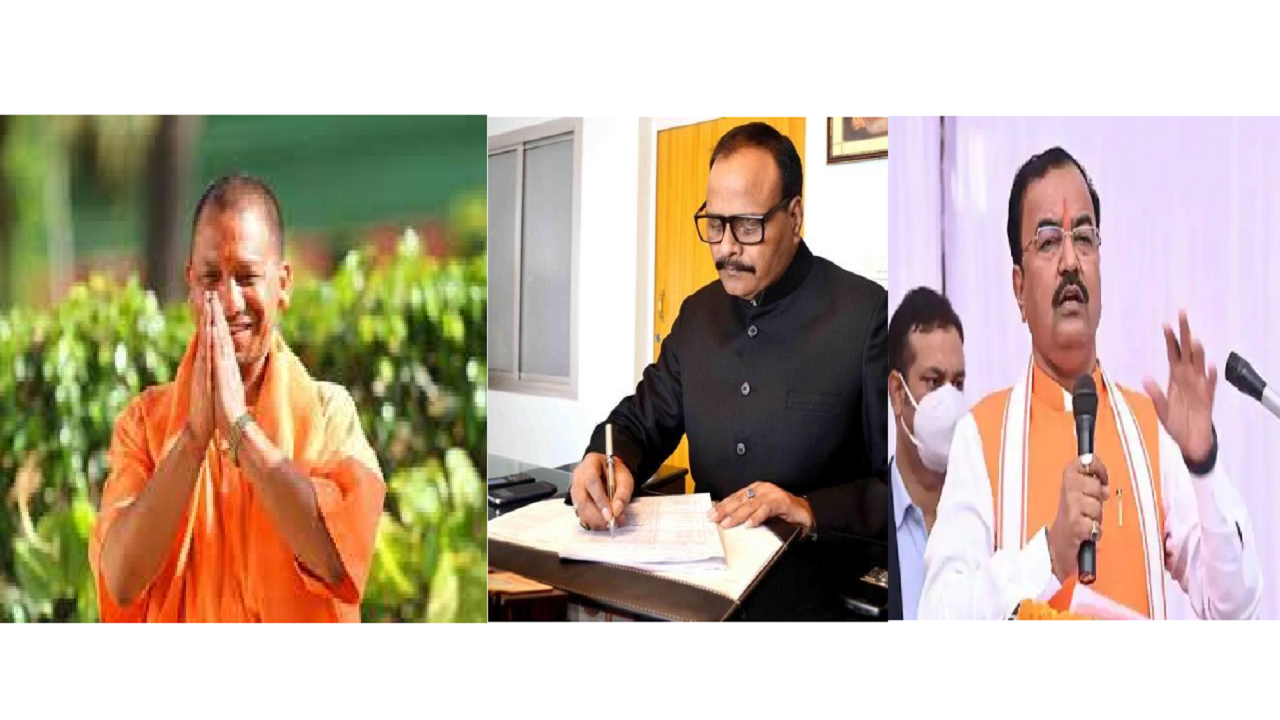 Yogi Adityanath has taken oath as chief minister of Uttar Pradesh for the second term on Friday. The oath ceremony took place at Ekana Stadium. The grand ceremony was attended by Prime Minister Narendra Modi, Union home minister Amit Shah, chief ministers of the BJP ruled states and several senior BJP leaders. It is also to be noted that apart from political leaders, the team of the movie The Kashmir Files was also invited.

Amidst this, the names of Deputy CMs of Uttar Pradesh has come out. This time, there will two Deputy Chief Ministers in the state.

Who are the Deputy CMs in Uttar Pradesh this time?

Keshav Prasad Maurya will remain the Deputy CM in the state but this time, he will be joined by Brajesh Pathak, the law minister of the UP government.

Who is Brajesh Pathak?

Brajesh Pathak is an MLA from the Cantt assembly seat in Lucknow. Earlier, he was in the Bahujan Samaj Party before the 2017 Assembly Election, and after joining BJP. he became the law minister of the state.