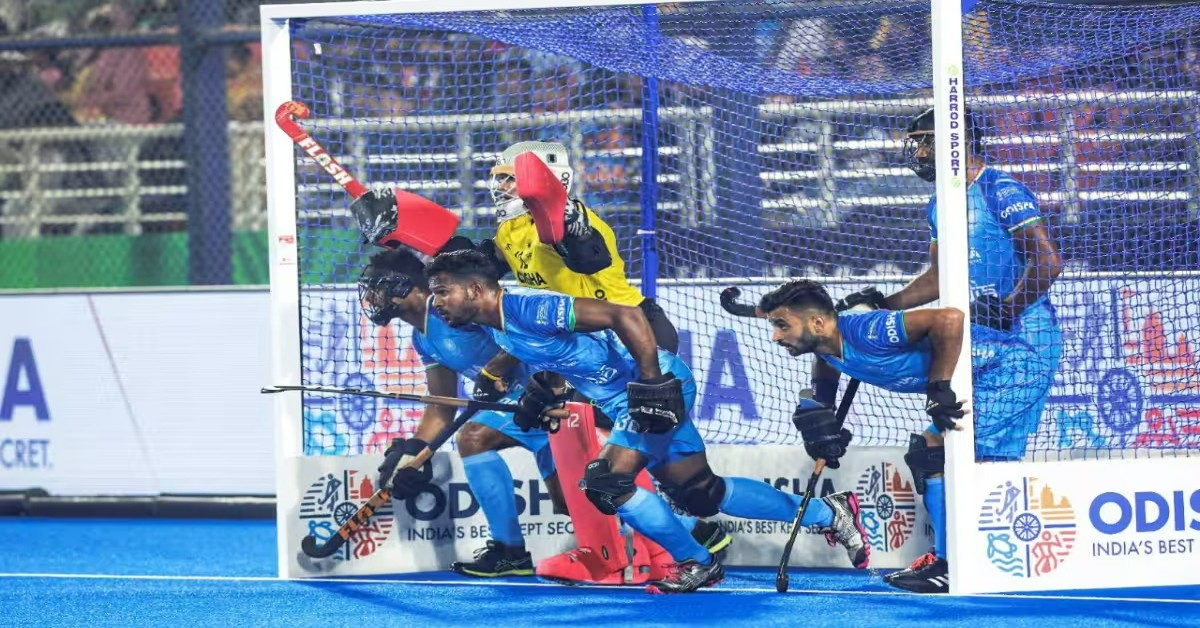 At the ongoing Hockey World Cup in Odisha, the Indian team will play a do or die match on Sunday. India will face New Zealand at 7 pm at the Kalinga Stadium. If the Indian team overcomes the challenge of New Zealand in this crossover match, then it will enter the quarter-finals. The losing team will be out of medal contention.

This Pool-D crossover encounter will be crucial for both. India beat Wales 4-2 in their last match, while England topped the pool on the basis of better goal defence. England has already entered the top-8.

India ahead in statistics

Tarrant, Ross and Child can turn the match

New Zealand also cannot be underestimated. Even though the team could not enter the semi-finals of the World Cup so far, it had given a tough challenge to India in the Pro-League. New Zealand defender Blair Tarrant, midfielder Nick Ross and forward Simon Child have the ability to turn matches at any time. Before the match, Indian coach Graham Reid has also said that the match against New Zealand will not be easy, so the team will have to give best performance.

Talking about the Indian team, penalty corners have been India’s strong point, but the Indian team under Harmanpreet’s captaincy cannot rely only on penalties. The team also needs to make more field goals. However, Indian players have also scored field goals in this World Cup. However, a few penalty chances were also missed.

Related Topics:Hockey World Cup 2023IND vs NZ
Up Next

Indian Hockey team defeated team Japan with 1-0 and won bronze at the Asia Hockey Cup 2022. Malaysia and South Korea will play the final, today at 5 pm. Team India has won the third-place game in Asia Hockey Cup 2022. Indian Hockey team has defeated team Japan by 1-0 and won the bronze medal. Unfortunately, India will not play the finals, rather Malaysia will take down South Korea for the gold medal on June 5. The match will begin at 5 pm.

Midfielder Rajkumar Pal had put India ahead early in the first quarter. This helped India to hold a lead over Japan. Moreover, seven penalty corners made the situation worst for Japan. India dealt with only two penalty corners but they led the circle penetration stats to 11-10. One time of the match India was down to 10 players but they managed to hold on and win their second bronze medal at the Asia Hockey Cup.

Read Also: Do you know the story of Dinesh Karthik’s lucky charm? Know how his life changed after 2015

The 11th edition of Men’s Hockey Asia Cup is being hosted by Indonesia and today the finals will be played at GBK Hockey Field in Jakarta, Indonesia. The top five teams from the previous Asia Cup India, Pakistan, Japan, Malaysia, South Korea and the hosts Indonesia had qualified for the Asia Cup Hockey 2022 tournament.

The Hockey Asia Cup can be viewed at the star sports network as the Star Sports India won the broadcast rights for the tournament in India. Audience can watch the final match of Asia Cup 2022 live on Star Sports Select 2 and Star Sports Select 2HD. Digital live streaming will be available on Disney+ Hotstar.

Two IPLs in a year : Here’s what Ravi Shastri said about the idea of a bigger IPL window

Fight for third place between both countries was a neck-to-neck contest, where the Men in Blue led by Manpreet Singh came out on top and defeated the arch-rivals Pakistan by 4-3 for the third spot in the tournament. 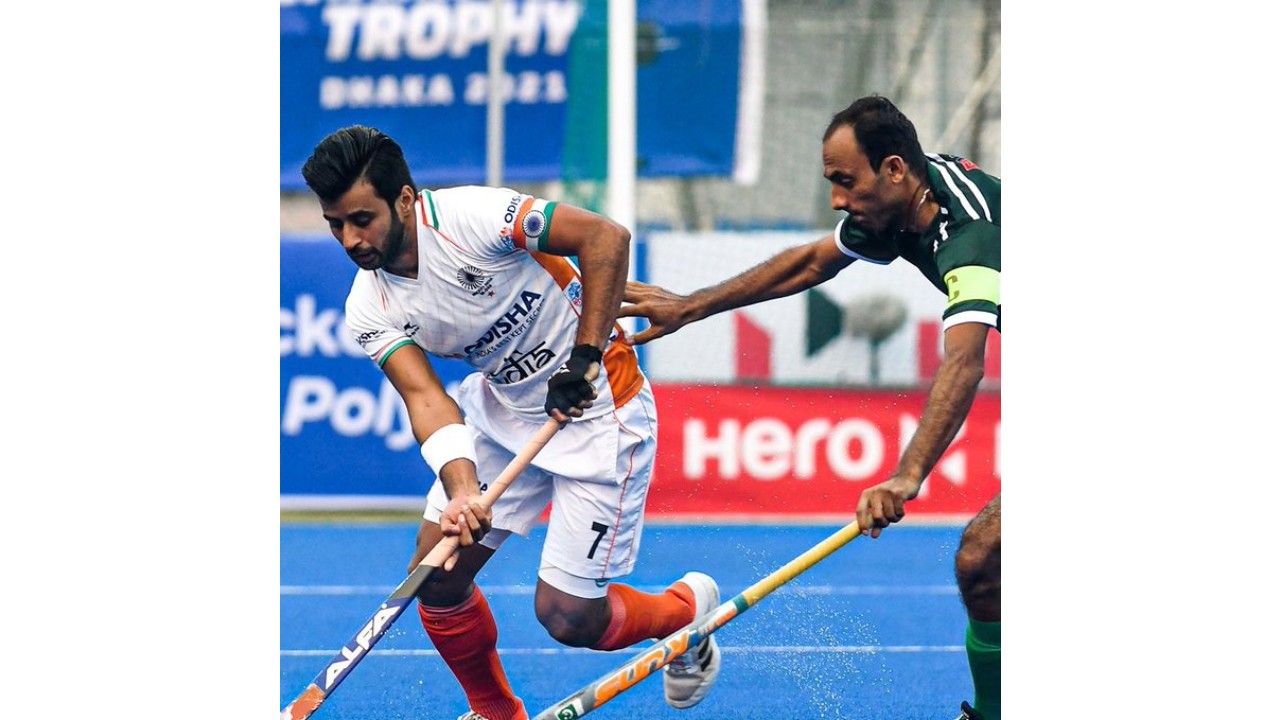 Fight for the third place between both countries was a neck-to-neck contest, where the Men in Blue led by Manpreet Singh came out on top and defeated the arch-rivals Pakistan by 4-3 for the third spot in the tournament.

After suffering a defeat from Japan in the semifinals, India had to play Pakistan for the bronze trophy. Earlier a couple of days ago, India had beaten Pakistan in their group match by 3-1 and entered into the semi-finals as the only unbeaten team in the round-robin stages. While in another semi-final, South Korea also beat Pakistan by 6-5 in a close encounter.

The match was a thriller from the very first quarter of the game. India opened the scoring first when Harmanpreet Singh scored from the penalty corner, but it was Pakistan’s Arfraz who equalized for the Men in Green in the first quarter. Once India was in trouble when Abdul Rana scored second for Pakistan and India went behind by 2-1. But eventually, in the final quarter, India gained the momentum and took a crucial lead of 3-2 through Varun Kumar’s penalty corner and Gursahibjit Singh’s equaliser.

And last but not least star striker and veteran player Akshdeep Singh sealed the match with India’s final goal, which put India ahead by 4-2 against arch-rivals Pakistan. Later, Pakistan also managed to score one more goal, but it was enough for India to clinch the bronze medal by thrashing Pakistan 4-3.

For India, Harmanpreet Singh, Sumit, Varun Kumar and Akashdeep Singh scored the goals, while Arfraz, Abdul Rana and Nadeem were the scorers for Pakistan.

On the other hand, Japan and South Korea will be fighting for the Gold medal of the Asian Champions Trophy Hockey 2021.

THE GOLDEN AGE OF INDIAN HOCKEY

From 1928 to 1956, India was a ruthless competitor in field hockey. The Britishers introduced the game to British Indian Regiments who quickly picked up the game.

History which dates back 4000 years, field hockey has been a widely popular sport in different parts of the world. From ancient Greece to Ireland to Inner Mongolia, Hockey has a deep-rooted presence and been played by millions across the globe.

From 1928 to 1956, India was a ruthless competitor. Hockey became popular in India when the British Regiments played the game in India and introduced it in the British Indian Regiments who quickly picked up the game.  The first hockey club was set up in Calcutta in 1885-86. As the popularity grew, Bombay (now Mumbai) and Punjab soon followed Calcutta and formed their Clubs. Between 1928-1956, India at the Olympics won the gold medal consecutively, 6 times. India played 24 Olympic matches, won all 24, scored 178 goals at an average of 7.43 goals per match, and conceded only 7 goals. The first sporting achievement of independent India was the 1948 Olympic hockey gold medal. Over 25,000 spectators watched the 1948 Olympic hockey final between India and Britain, played at Wembley. This was the first time that India and Britain played an official hockey match, and India went on to beat Britain 4-0.

Indian Hockey Golden age produced some of the best field hockey players the world has ever seen. Major Dhyaan Chand, also known as ‘the wizard’ or ‘the magician’, was at the pinnacle of skills and status. He scored 570 goals in 185 matches and his superb ball control was unmatched. India has witnessed the might of some of the best in the world such as Allen, Norris, Pinniger, Yusuf Gateley and Cullen. Sansarpur, a tiny village on the outskirts of Jalandhar, has the distinction of producing 9 Olympians – Gurmit Singh, Udham Singh, Gurdev Singh, Darshan Singh, Jagjit Singh, and the World-Cup winning captain Ajitpal Singh. Another name that clearly stands out is Balbir Singh. Balbir Singh scored five goals in a 6-1 gold medal victory over the Netherlands in Helsinki in 1952.

India’s Golden age continued for 28 years during which the record created by India is likely to stand strong through ages, as no other country has ever managed to come close to it, leave about beating it. Thanks to players like K.D. Singh, Dhanraj Pillay and Dilip Tirkey, the Indian Field Hockey Team achieved new heights.