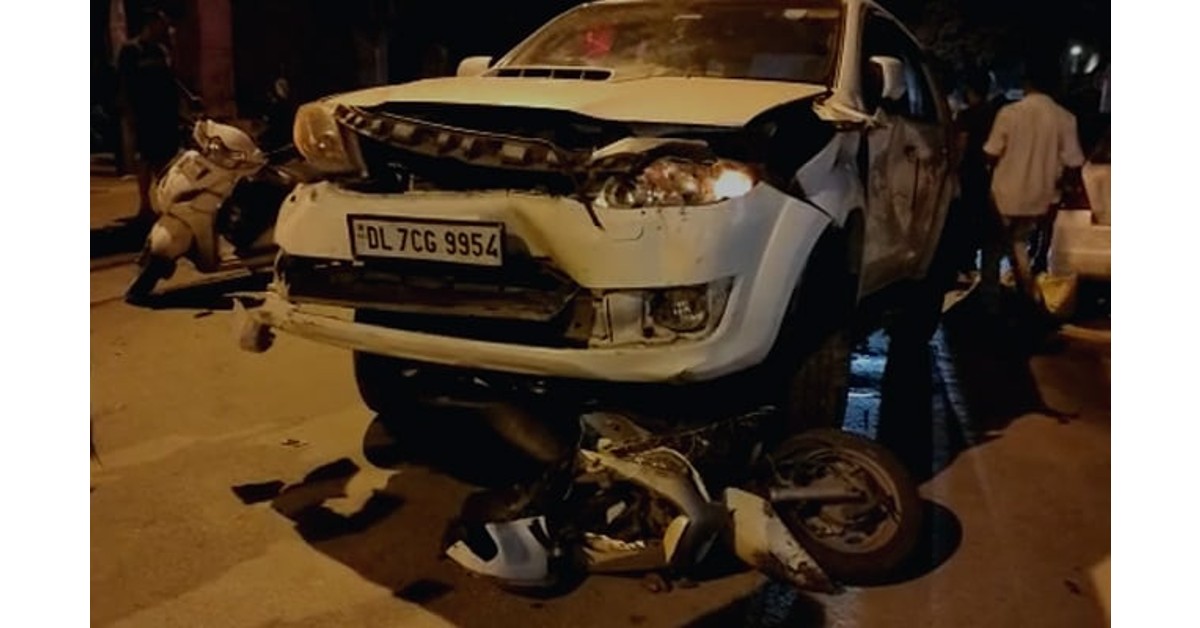 In a major accident, an SUV hit a dozen of vehicles and dragged a scooty rider for about 100 meters at Delhi’s Karol Bagh on Monday. The accident took place at around 10:30 pm on Padam Singh Road.

The CCTV footage showed the Toyota Fortuner rammed into at least five vehicles, including an auto rickshaw parked on the road. Not only this, the SUV even dragged the two-wheeler rider for about 100 meters, as shown in the video.

According to a senior police officer, the driver is identified as Sudhir Jain and he was arrested on the spot. The man who was dragged is identified as Himanshu. As per the reports, the victim has sustained injuries but his condition is stable now.

The police sent Jain for medical examination in order to determine whether he was under the influence of alcohol or any drug.

There were also reports of Jain being a member of the BJP. However, Delhi BJP’s spokesperson Praveen Shankar Kapoor denied the rumours.

Kapoor said Jain was a member of Delhi BJP’s Traders cell around 2008-09 after which he quit politics and stopped taking part in party programs.

In another major road accident, three female students were killed in the Dalwass area of Chanderkote on the Srinagar-Jammu National Highway on Monday afternoon. One of them died on the spot, while the other two succumbed to injuries during their treatment.

Viral: Kartik Aaryan in economy class, people applaud him for his humility | Watch