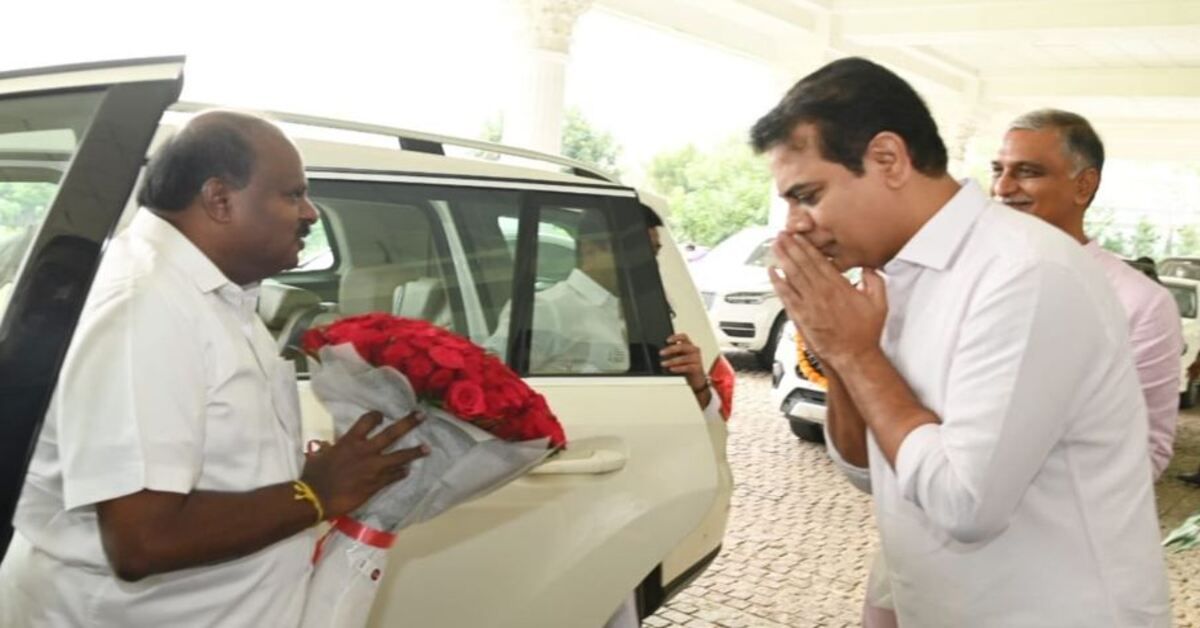 Senior JD (S) leader HD Kumaraswami along with 20 of his party MLAs arrived in Hyderabad on Tuesday to support Telangana Chief Minister K Chandrashekhar Rao (KCR), who would announce a national party on Wednesday. Reports said that the Telangana Rashtra Samithi (TRS) would be renamed as Bharat Rashtra Samithi (BRS).

TRS informed on Twitter that Kumaraswamy arrived from Karanataka to attend the function as the chief guest on the invitation of the TRS party chief and CM KCR.

Talking to media persons, HD Kumaraswamy said that the idea was to put up a united fight against the BJP. Basically, it was a combination of various regional parties who wanted to rise above their political differences and come together.

He also alleged that the regional parties were being harassed by the BJP using central agencies such as the Central Bureau of Investigation (CBI), the Income Tax (IT) Department and the Enforcement Directorate (ED).

The party wrote that on the same occasion, ‘Viduthalai Chiruthaigal Katche’ (VCK) party leader Chidambaram, Members of Parliament from Tamil Nadu, prominent Dalit leader Thirumavalavan and a group of representatives who accompanied them reached Pragathi Bhavan on Wednesday morning.

The TRS said that the leaders who took oaths of the constitution were insulting the democracy of our country. Chief Minister KCR was taking steps towards the country to save the Indian democracy from these insults. Modern India should have new leadership. People of the country were waiting for an effective leader like CM KCR and his leadership was necessary to fulfil the basic needs of the people in the country. He would make India competitive in the world.

The incident took place at the ICFAI Business School in Dhonthanpally village, Hyderabad. 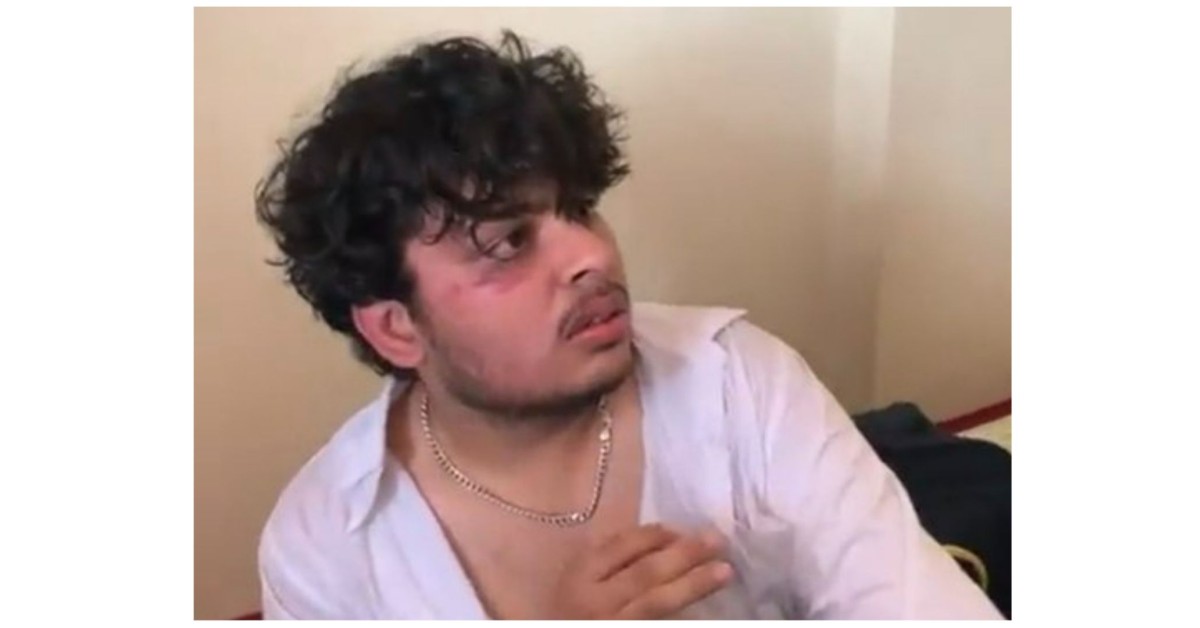 A case of raging and attempt to murder has been registered against the accused in the Hyderabad hostel assault case. The police have taken eight out of 12 students, including a minor, into custody, while the remaining four are absconding. The accused students have been suspended from the college.

A video of a heart-wrenching incident is going viral on social media in which a group of students is seen thrashing a law student and forcing him to raise religious slogans. He is also heard chanting Jai Mata Di and Allahu Akbar slogans as the accused continued beating him. The incident took place at the ICFAI Business School in Dhonthanpally village, Hyderabad.

Hyderabad Police have registered a case against the accused students of IBS Institute for attacking the victim, Himank Bansal. The case was lodged by Shankarpally police station against the accused under Sections 307, 342, 450, 323, 506, R/W 149 of the Indian Penal Code (IPC) and Sec 4(I),(II), and (III) of the Prohibition of Raising Act of 2011.

The police said the victim was threatened and assaulted by a group of students inside the hostel room. They further said the accused punched and kicked in Bansal’s abdominal areas and even touched his private parts.

Following the assault, Himank Bansal reported the incident to the police. Bansal in his complaint said the group of students entered his room, kicked and slapped him, tore his clothes, struck him in the face and stomach, and even forced him to swallow some powder and chemicals. He said the accused sexually assaulted him and also tried to strip him.

Police said the first-semester student was assaulted by friends of a girl he was accused of insulting in an Instagram chat.

In a statement, the business school said it has zero tolerance for such undesirable acts. The institution said it had acted with alacrity and taken a decision to suspend all 12 concerned students involved in the incident.

After the video went viral, a user came forward to remark and highlight that the fuel prices have been spiking up overnight, showing his solidarity with the people protesting. 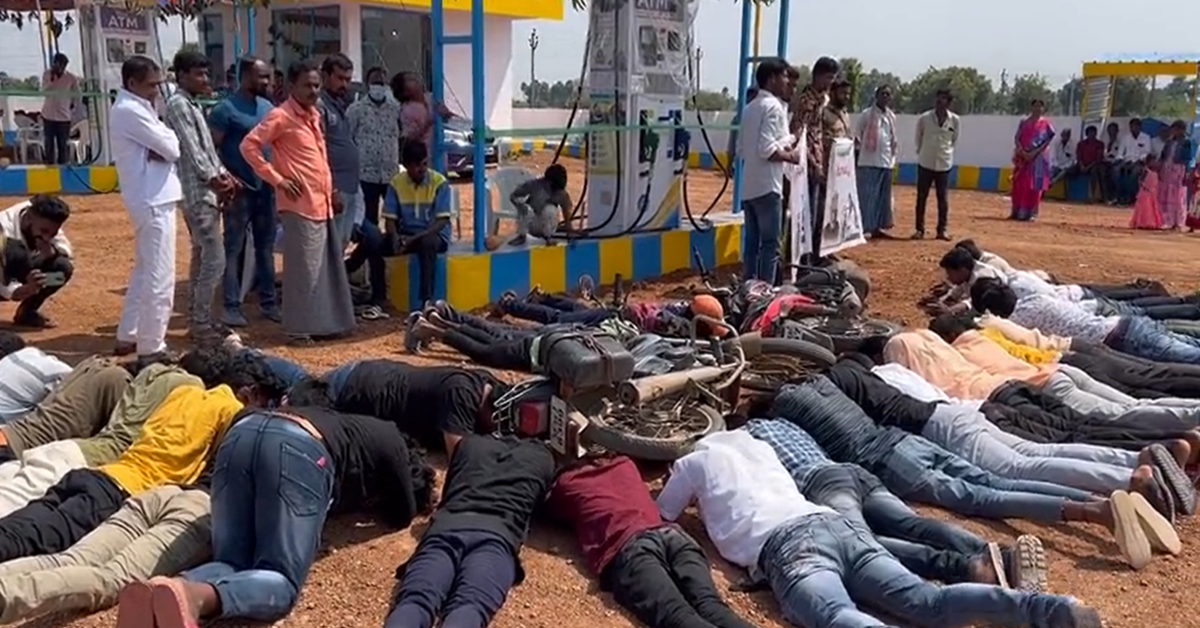 On Friday, Telangana Rashtriya Samity leader, Jagan Patimeedi, uploaded a video on social media where people can be protesting against the petrol prices at a petrol station in a unique way. The incident transpired in Telangana’s Mariguda village where locals can be seen lying on the ground in front of the petrol station.

After the video went viral, a user came forward to remark and highlight that the fuel prices have been spiking up overnight, showing his solidarity with the people protesting. Another user added to the conversation as they urged the Telangana government to reduce the state tax for petrol and set an example for the central government, implying that it is not just the central government but also the state government that adds to the spike in rates.

The police, after receiving a tip-off about the same, swung into action and reached the sight as they carried out a raid at the residence where Rohith Reddy was also present. TRS leader, Rohith Reddy, alleged that the three were BJP agents and tried to negotiate and tried to bribe him with money in return for him defecting to the BJP. The TRS leader also alleged that the 3 agents agreed to give him 50 crore rupees.

TRS informed on Twitter that BJP’s operation lotus was failed. The police investigation has revealed that four MLAs of TRS party were lured by money bags and other things. 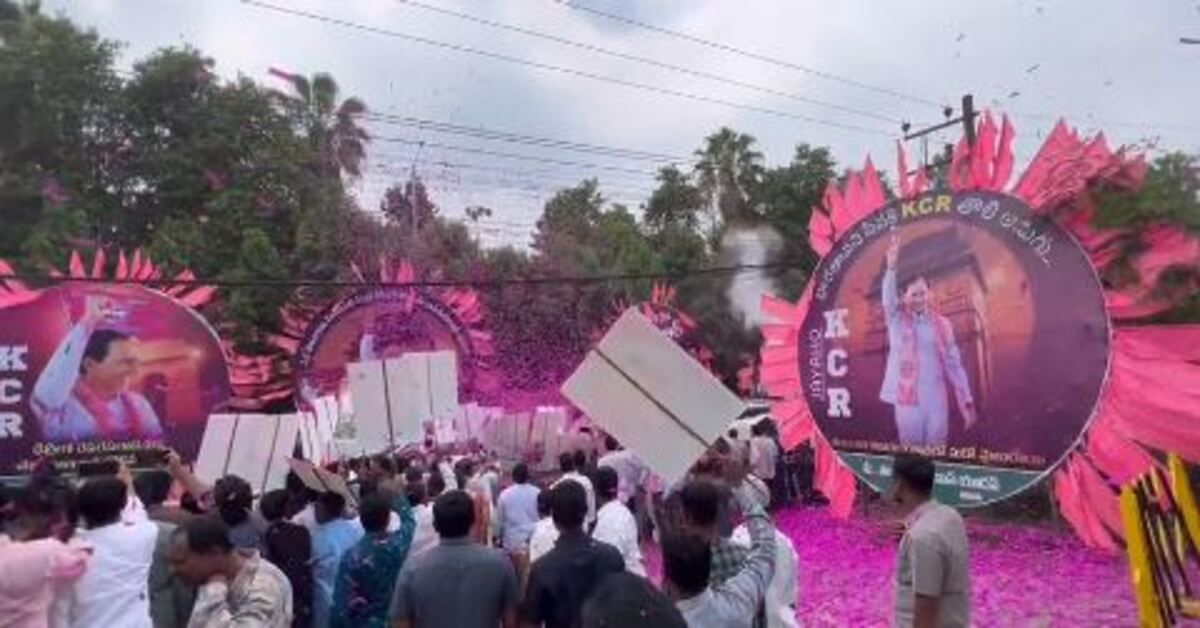 Ahead the bypolls in Telangana, police have arrested three persons for giving bribes to the ruling Telangana Rashtra Samithi (TRS). The Telangana police claimed that around Rs 100 crore was offered to a key leader in secret negotiations at a farmhouse.

The accused has been identified as Satish Sharma, alias Ram Chandra Bharti, a Haryana resident, D Simhayaji, a seer from Tirupathi, and Nandakumar, a resident of Hyderabad. Police said that the accused had come to Hyderabad on fake identities.

Satish Sharma and D Simhayaji were seen with BJP leader Rajnath Singh but it was not yet established that whether they were acting on behalf of the BJP.

Read Also: UP: Policeman stops 4 youth riding on a bike in Lucknow, gets beaten up | WATCH

TRS informed on Twitter that BJP’s operation lotus was failed. The police investigation has revealed that four MLAs of TRS party were lured by money bags and other things.

Cyberabad Police Commissioner Stephen Raveendra said that the TRS MLAs had called the police saying they were being lured and bribed to change parties.

However, the BJP has denied the allegations of bribe. Telangana BJP leader DK Aruna said that Chief Minister K Chandrashekhar Rao (KCR) was doing these things to defect attention from the high-stakes assembly by-polls in Munugode on November 3 this year. Another BJP leader Vivek Venkataswamy said that it was a drama. KCR understood that the TRS was losing in Munugode. So they orchestrated this drama.

Bihar: Dalit youth thrashed for having relationship with Muslim girl