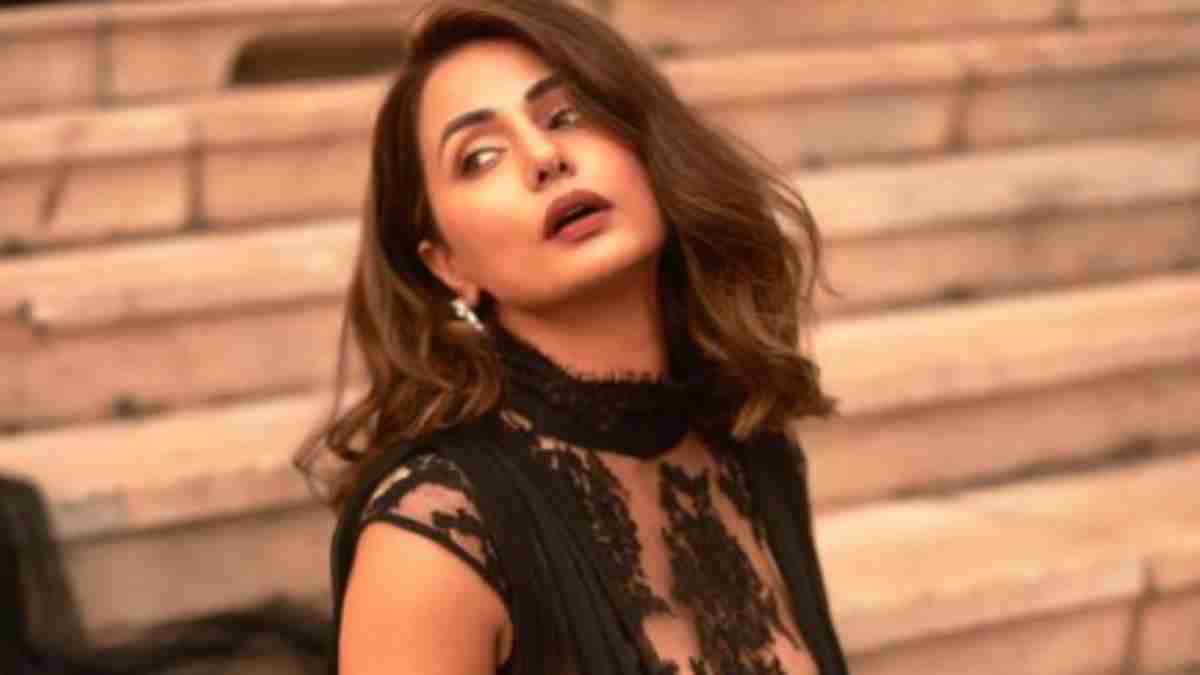 The diva Hina Khan is currently slaying on Cannes 2022 red carpet and how! The actor dropped her first look from the glittering festival yesterday and on Thursday she unveiled her second look.

Hina Khan opted for Fovari couture this time and looked absolutely ravishing. She wore a black semi-sheer mini dress featuring a black tulle train. The intricate lace detail in the dress added an extra layer of dash to her look. Jewellery from Diosa Paris by Darshan Dave and kept her hair messy and wavy. Brown lips, shimmey eyelids, defined brows, and the highlighter game just on point.

In a series of pictures, Hina posed like a Queen of Palais des Festivals.

Have a look at Hina Khan’s Cannes look here: 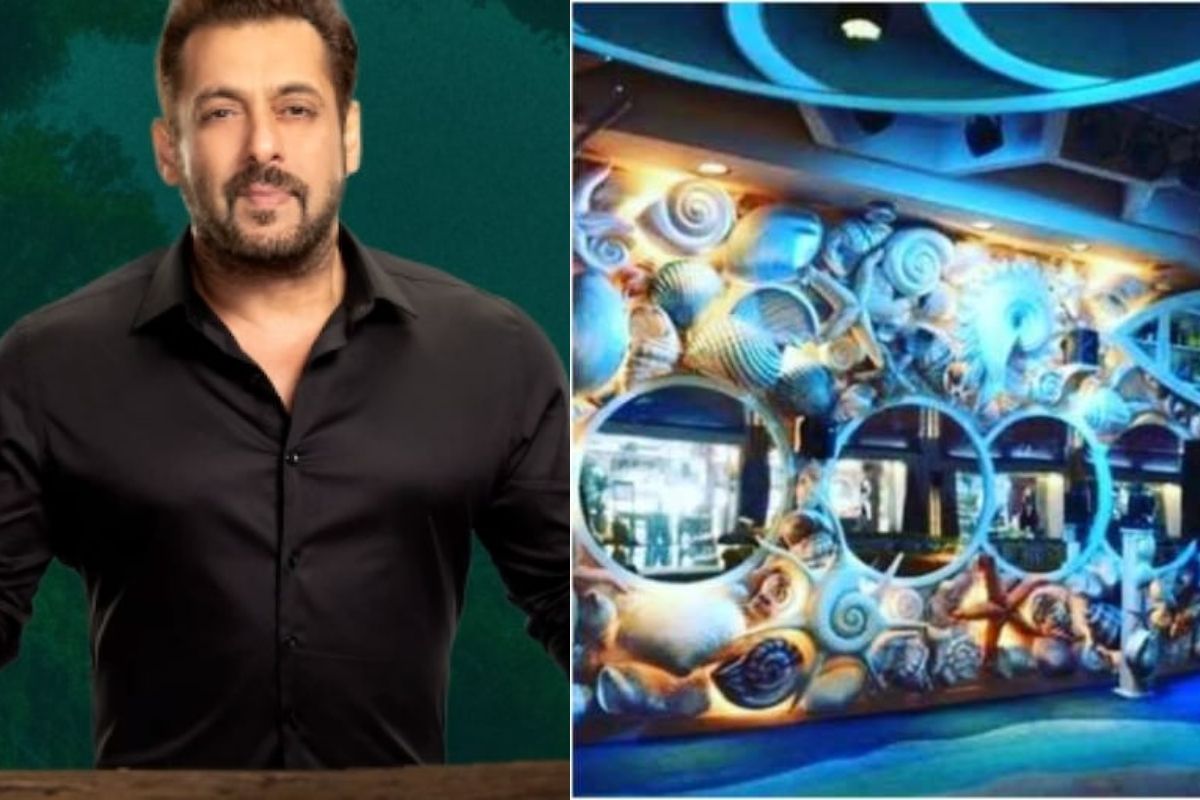 Bigg Boss is one of the most loved and watched reality shows on television. The show manages to grab headlines even months before its premiere. With 15 successful seasons of the controversial reality show, the makers are geared up to launch Bigg Boss Season 16.

Just like the previous 12 seasons, this year too, Bigg Boss will be hosted by Salman Khan. Bigg Boss Season 16 will see big faces from the television industry.

When will Bigg Boss 16 start?

Bigg Boss Season 16 is likely to premiere on October 1. The reports claim that Salman Khan might start shooting for the promo of Bigg Boss by the second week of September. Earlier, there were reports that the Dabangg actor had demanded a three-times hike in fees. However, there is no confirmation yet.

Bigg Boss always comes up with a unique theme every season. This year, the makers have planned to go with an aqua theme. It will be interesting to see how the tasks are designed around this theme. Last season had a jungle theme.

The makers of the reality show are working diligently to rope in the best contestants. Several names have reportedly surfaced for Bigg Boss 16. The contestants who are likely to be a part of Bigg Boss Season 16 are:

Kim Kardashian, Pete Davidson breakup after 9 months of relationship: A look at their love life

The reason for the split between Kim Kardashian and Pete Davidson is still uncertain. The star of the reality TV show Keeping Up with the Kardashians, Kim Kardashian, and comedian and actor, Pete Davidson, have decided to finally part ways after being together for 9 months.

According to E News, the comedian and actor are away to Australia for the shoot of an upcoming film, Wizard as Kim has been living her days co-parenting her 4 kids North, Psalm, Chicago and Saint, alongside Kanye West her former partner.

The reason for the split between Kim Kardashian and Pete Davidson is still uncertain but reportedly it was triggered due to the distance and exhausting schedule of the duo. They are, however, happy being friends as things didn’t end with any bitterness, E News reported.

The couple had created quite a buzz since the news of them dating surfaced on the internet prior to Kim’s split up with the American Hip Hop artist, Kanye West in November 2021.

The news of her breakup came up prior to the star’s recent Ellen appearance where she had spilt beans about the tattoos Comedian and Actor Pete Davidson had gotten as a tribute to her and the Kids.

The news of Kim and Pete’s breakup has been the talk of the town for tweeple, as many users are being empathetic towards Pete Davidson and discerningly putting out their opinions with a pinch of humour.

One Twitter user wrote and remarked that Pete Davidson got all those tattoos only for them to break up. Another user cleverly wrote that maybe Kim Kardashian is in the studio recording her version of the song Thank you, Next following her breakup with comedian Pete Davidson implying how the Comedian’s former girlfriend, Ariana Grande, had put out a song called Thank You Next after their break up.

The social media influencer and model were declared legally single by the US court as they accepted her and Kanye’s divorce back in March 2022.

AEEE Results 2022 to be declared today, here’s how to check, website, more details

Marking the debut of Vijay Deverakonda in Bollywood, liger will release on August 26 in Hindi, Tamil, Telugu, Malayalam, and Kannada. Vijay Deverakonda and Ananya Pandey starrer movie, Liger’s trailer may be interesting but its songs are a headache. Today the makers of the film release its third song Aafat, which truly goes by the name.

Producer Karan Johar shared the trailer of this song on his Instagram profile and called it a, “A glimpse of pure love, affection and madness!” But the song neither has love nor affection. The two-minute-long song has senseless lyrics and no sign of good music. But the only good part about the song are the visuals and Vijay’s dance moves.

Aafat is shot at a sea shore and hence the scenic beauty with Deverakonda’s dance makes the song bearable and Ananya as usual is expression less and dressed up well. Another non-appealing factor about the song is their chemistry. Both, Ananya and Vijay are trying their best to bring out the chemistry but they fail to do so.

The comment section also appreciated the visuals of the song but tweeple seem to be disappointed with the song. Aafat is the third song released by the makers the other two songs were arguably received well by the audience.

The Aafat song is composed by Tanishk Bagchi and is written by Rashmi Virag. Sung by Zaharah Khan and Tanishk Bagchi, the song was shared by all the actors on their respective social media profiles. While sharing Aafat on Twitter, Vijay Deverakonda wrote, “Vibe to the most electric song of the year.”

Liger is backed by Dharma Productions and directed by Puri Jagannadh. The Ananya Panday and Vijay Deverakonda starrer will release in theatres in Hindi, Tamil, Telugu, Malayalam, and Kannada. Marking the debut of Vijay in Bollywood, the film will release on August 26. Liger also features Mike Tyson, Ronit Roy, Ramya Krishnan, Vishu Reddy, Ali and Makarand Desh Pandey in other pivotal roles.