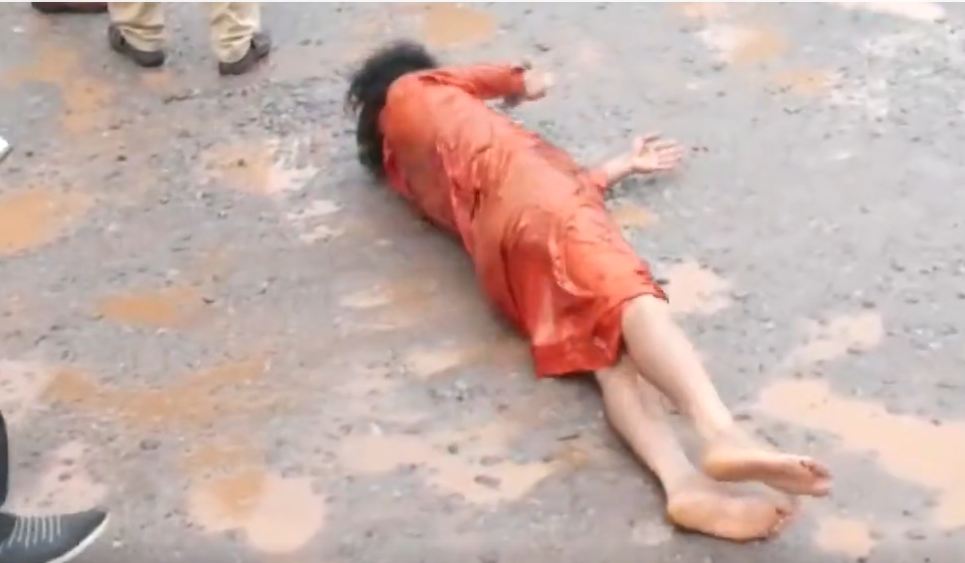 Dressed up in saffron attire, the video of him performing the ritual on the ground has gone viral on social media. The man has been identified as Nityananda Olakadu, a social worker and civic committee member from Karnataka.

In the video, the man can be seen rolling on the potholed and muddy roads in Karnataka’s Udupi. The man also performs Urulu Seve, a traditional religious ritual, in Udupi’s Indrali bridge which is located on the Udupi-Manipal national highway. The man even offered aarti and broke a coconut on the damaged road.

Notably, ‘Urulu Seve’ is a religious practice that involves rolling on the ground around temples.

The video that carried the sound of drumbeats to encourage the social worker to carry on with his protest shows a tired Karnataka man rolling on the road filled with potholes. However, after a few rounds, the man lies flat on his back with a few people seen around him.

Last week, a severe waterlogging situation had been reported in many districts of Karnataka including the capital Bengaluru. The roads were waterlogged for several days. It affected the life of a common man who was facing difficulties in going to the office and dropping the children to school.

The visuals of Karnataka’s waterlogged and pothole-filled streets were doing rounds on social media.

A total of 5,626 people have been died between 2018 and 2020 in accidents caused by potholes, the Union Ministry of Road Transport and Highways data shows.