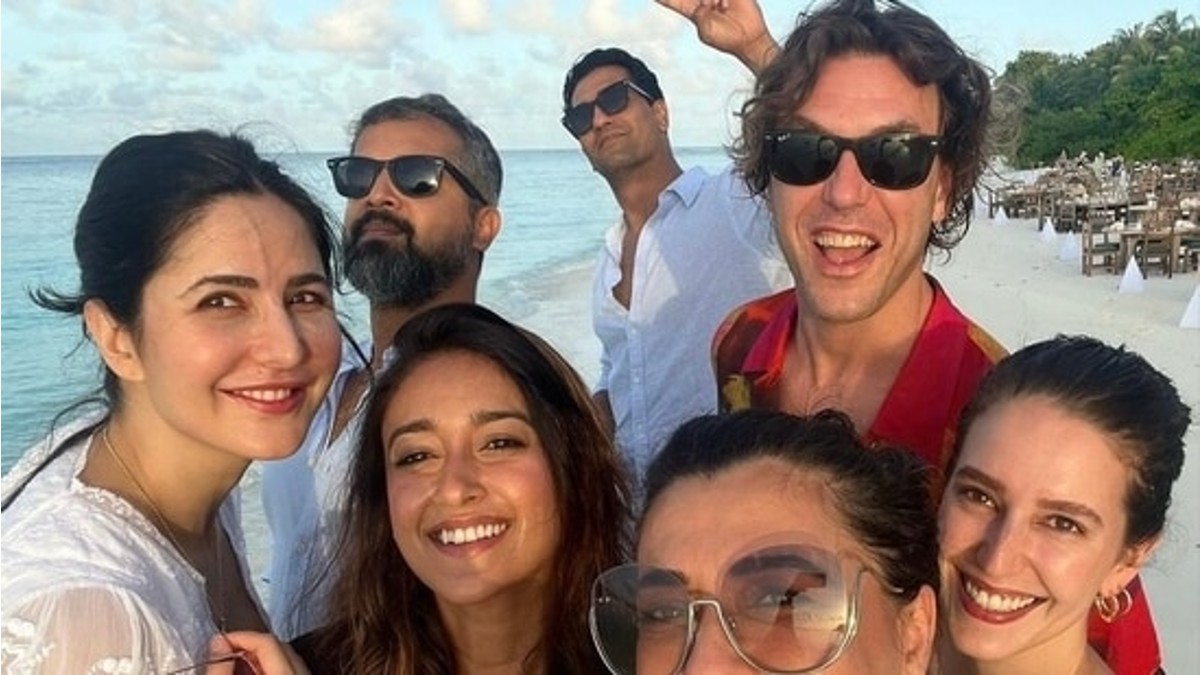 Koffee With Karan Season 7’s latest episode witnessed the star cast of the film Phone Bhoot. Katrina Kaif, Ishaan Khattar, and Siddhant Chaturvedi graced the Koffee couch. From Katrina recalling Vicky Kaushal begging her to let him talk in the first month of marriage to Karan Johar revealing Ileana D’Cruz’s connection with the Kaif family, the fun-filled episode led to many revelations.

Now, Karan Johar confirmed their relationship and said, On a Maldives trip, some images came out and I was doing the math in my head. I said okay I saw these two meet for the first time in front of me at a party and I’m like, that moved fast as well, he added. In response to Karan’s remark, Katrina couldn’t help but laugh and accepted that he had been witnessing a lot of things around him.

For the unversed, Ileana and Sebastian have been dating for around eight months. Reportedly, they frequently hang out in Katrina Kaif’s former Bandra apartment.

Katrina Kaif also got candid about her marriage with Vicky Kaushal. When Karan asked Katrina who is a better listener among the two, she said, Oh god, there is no discussion there. For the first month of marriage, the statement I heard the most from Vicky was “let me talk. You are not letting me talk”. Vicky is a better listener, she added.

Before travelling to Rajasthan in December 2021, where they got married, the couple had kept their relationship under tight wraps.