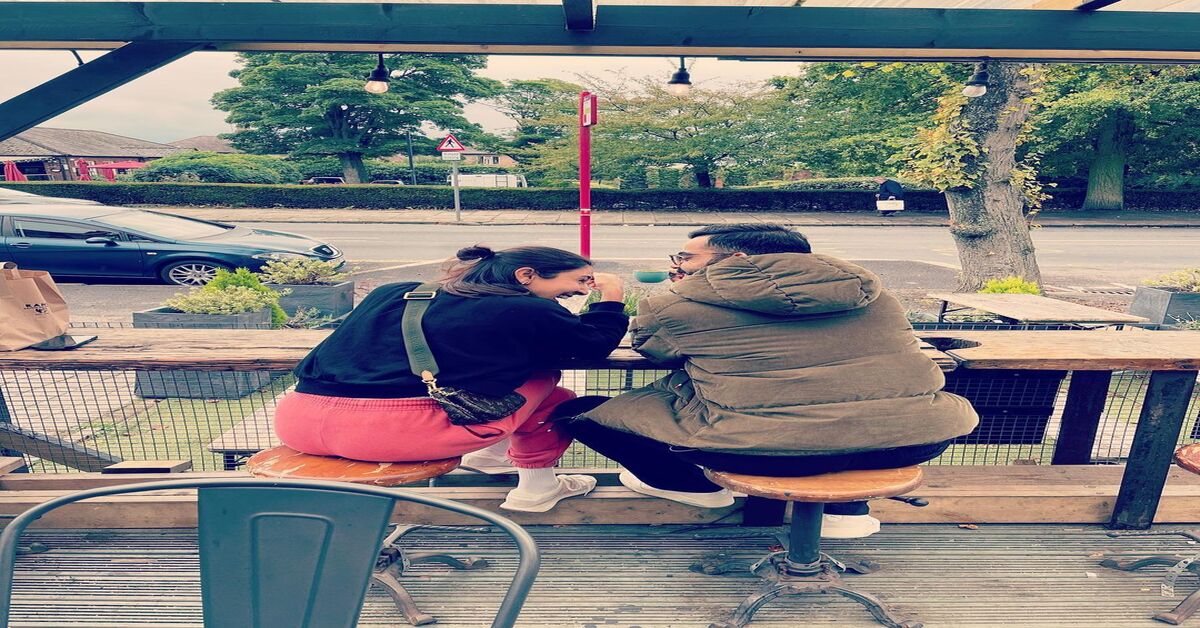 Virat Kohli recalibrates himself after his stellar performance in Asia Cup 2022 as he enjoys a cup of tea with his wife and Bollywood actor Anushka Sharma, in England. Anushka Sharma posted cute pictures of her and Virat Kohli as the couple could be seen sharing a cup of tea on Monday. The picture has yet again set another example of couple goals.

Virat Kohli had a great run in his Asia Cup campaign as he had a strike rate of 200.00 and was able to show his previously dominant form which he is celebrated for. Kohli also succeeded to prove to the people who wrote him off wrong as he went on to hit 2 half-centuries and a century in the Asia Cup campaign. The former Indian team skipper was able to add another century to his career tally which made him have 71 centuries to his belt.

Virat, in his performance in the Asia cup, was able to achieve his first ever T20I century and became the second highest scorer of the campaign. Kohli was also the leading scorer for team India in the Asia cup.

During the post-match presentation, Kohli dedicated his first T20I century to his wife, Anushka Sharma, and daughter, Vamika. Virat said that he kissed his engagement ring in celebration and added that the reason everyone is witnessing him standing where he is because of all the things that have been put into perspective by the one person, who stood by him through the difficult times which was unsurprisingly his wife Anushka Sharma.

Virat also spoke about how time away from the game taught him a lot of things as when he came back he was not desperate, he added that the Six-weeks off made him feel refreshed. The time away also made him realize how tired he was and helped him see the game in a fun way again, away from competitiveness.

For the unversed, Anushka Sharma is shooting for her upcoming project ‘Chakda Xpress in London which is a film inspired by the life and times of former Indian women’s cricket team captain Jhulan Goswami. The movie is set to hit the floors in 2023.