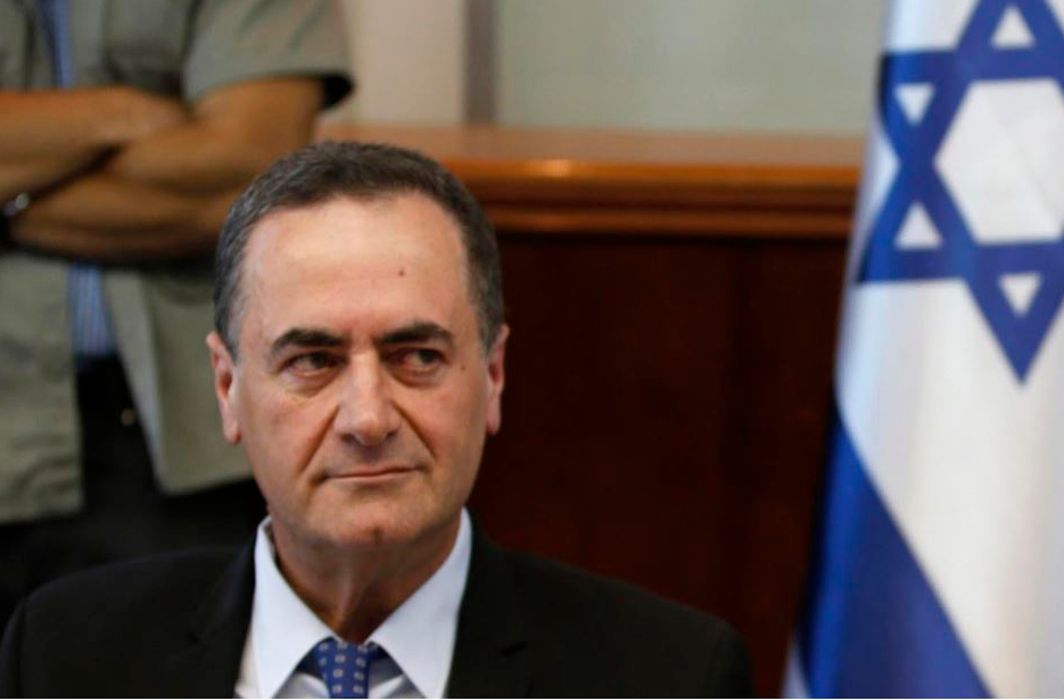 The message should be that “if the Iranians return” to enriching uranium that could enable them to build a nuclear bomb, “a military coalition will be formed against them,” Katz told Israeli public radio station Kan.

The Israeli minister’s remarks came within 24 hours of Iranian Supreme Leader Seyyed Ali Khamenei calling Israel as “cancerous tumor” which has to be removed.

Israeli Prime Minister Benjamin Netanyahu is also visiting European leaders to discuss Iran’s regional involvement and nuclear program, both seen by the Jewish state as grave threats. He met German Chancellor Angela Markel in Berlin on Monday, who assured of exerting pressure to force Iran to pull out of Syria.

Israeli PM Benjamin Netanyahu during his meeting with German Chancellor Angela Merkel, warned that Iran was “seeking nuclear weapons to carry out its genocidal designs. It’s important to prevent Iran from getting a nuclear weapon. We commit, and I commit again, that we will not let that happen.”

On Tuesday, Netanyahu was in Paris to meet French President Emmanuel Macron while he is visiting London to see British Prime Minister Theresa May on Wednesday.

Katz addressed Tehran’s threat to restart uranium enrichment at an “industrial level” if the 2015 pact falls apart. “If the Iranians don’t surrender now, and try to return” to unsupervised uranium enrichment, “there should be a clear statement by the President of the United States and all of the Western coalition. The Arabs and Israel surely would be there too,” he said.

Meanwhile, European Union was quick to respond to Iran’s announcement of getting ready to resume nuclear enrichment activities under the direction of their Supreme Leader Ali Khamenei.

European Union said on Tuesday that a “first assessment” indicated that Iran’s declared intention to increase uranium capacity did not violate its commitments under the JCPOA signed in 2015.

Read More: Iran ask EU to stand up against US for Nuclear deal

Maja Kocijancic, the spokeswomen for EU foreign policy chief Federica Mogherini, said on Tuesday that Iran’s decision did not constitute a breach of the nuclear agreement. “Following a first assessment, the announced steps per se are not a violation of the JCPOA,” she said.

However, she claimed, “At this particular juncture, they will not contribute to build confidence in the nature of the Iranian nuclear program.”

The Atomic Energy Organization of Iran (AEOI) has said on Tuesday that it  has begun work to prepare infrastructure for building advanced centrifuges at the Natanz enrichment facility within JCPOA limit.

Ali Akbar Salehi, the AEOI chief, told a press conference in Tehran, “Yesterday, we took the first step and submitted a letter to the International Atomic Energy Agency (IAEA) on the start of certain activities, but we started to take the necessary practical measures today.”

According to Israeli media, Tel Aviv argues the lifting of sanctions under the nuclear deal allowed Iran to expand its presence in the Middle East, both through its own forces and with proxy groups.

It alleges that Iranian military personnel were based in Syria and their proxy Hezbollah of Lebanon was involved in operations in Syrian territory. Syrian government had invited Iranian military advisors and Hezbollah to defeat terror groups including Daesh (IS), Al-Nusra front and others.

Read More: Iran to US: Who are you to decide for Iran and the World?

Israel also considers that the time limits on the accord do not guarantee Iran will not eventually obtain nuclear weapons. Tel Aviv also wants to see restrictions on Iranian missile development.

Iran denies the pursuit of an atomic program for military purposes. Since the implementation of JCPOA in January 2016, International Atomic Energy Agency (IAEA) has confirmed Iran’s compliance for eleven times. Iran say that its missile program is part of their defense preparedness and cannot be curbed under JCPOA.

European Union has been working to save the JCPOA despite US withdrawal from the multilateral agreement.