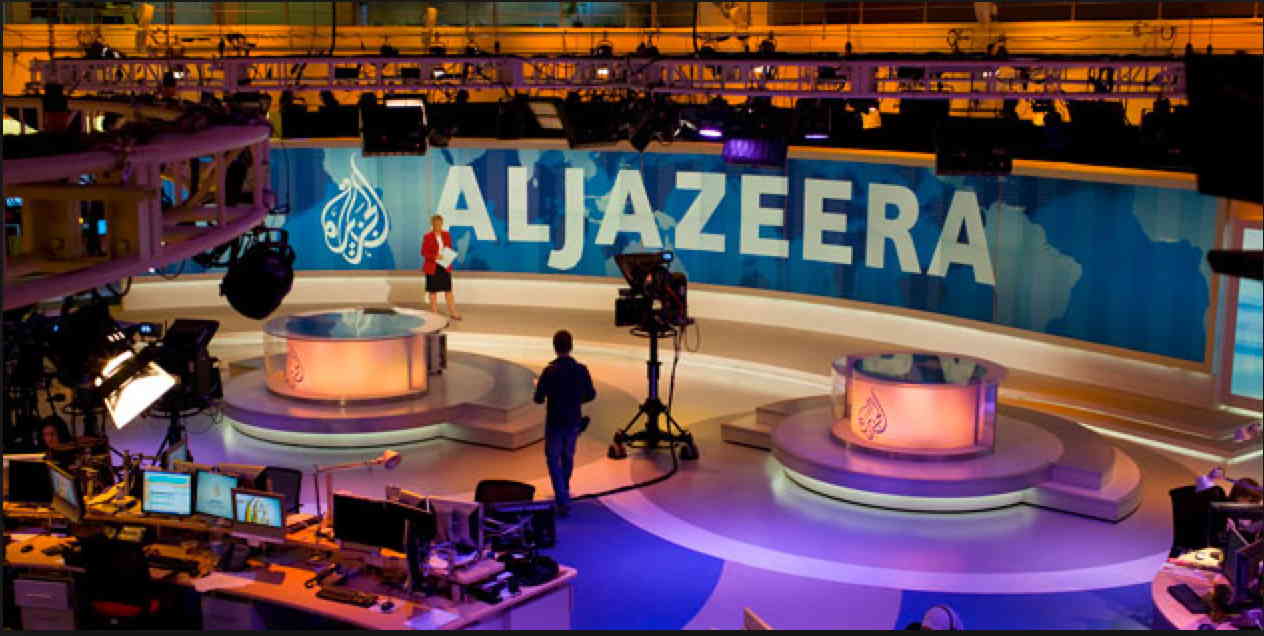 Qatar based Aljazeera TV network is now facing closure of its bureau in Jerusalem by Israeli authorities for its alleged role of “inciting violence”- in sync with the “move by Sunni Arab states” to close its offices and prohibiting their work.  However, Journalist bodies and activists for freedom of press have condemned the Israeli move.

On Sunday, Ayoub Kara, Israel’s Communication Minister made the announcement during a press conference in Jerusalem, where Aljazeera was barred from attending. He was quoted saying, “We have based our decision on the move by Sunni Arab states to close the Aljazeera offices and prohibiting their work.”   He further alleged that the channel is being used by groups to “incite” violence- an accusation the network has denied.

The minister further said that he expects the Knesset, the parliament, to consider his request in the next session. He said, “I will go through the [legislatorial] mechanism to create the authority in which I can act freely. We will try to end it as quickly as possible.”

Reacting to the Israeli move, Aljazeera Network denounced the decision, saying that the move comes in the context of a campaign that initiated by the earlier statement made by Prime Minister Benjamin Netanyahu accusing the network of inciting violence during its coverage of the recent developments about the Al-Aqsa mosque. It further said that this decision was made by a state that claims to the “only democratic state in the Middle East.”

The statement issued by network says that it also finds the justification made by the Israeli Minister as odd and biased as they are in unison with the actions carried out by a number of Arab countries: Saudi Arabia, UAE, Bahrain, Egypt and Jordan, that have closed the network’s bureaus, shut down its cable and satellite transmissions and blocked its websites and applications.

The TV network denied the charges of being unprofessional while covering the recent Al-Aqsa mosque unrest. It specifically raised question that the Israeli Minister could not substantiate his comments by referring to a single news bulletin or situation that proved Aljazeera had not been professional or objective during its coverage in Jerusalem.

However it reiterated its determination by saying, ” Aljazeera will continue to cover the events of the occupied Palestinian territories professionally and accurately, according to the standards set by international agencies, such as the UK Office of Communications (Ofcom).” Its bureau offices will remain working in Gaza and West Bank.

Meanwhile Rami Khouri of the American University in Beirut, denounced the Israeli plan saying it is “very typical of regimes” in the region.  He was quoted saying, “Regimes that want to control power will almost always go after two targets – the media and the foreigners. Everybody goes after the media.”

Sharif Mansour, the Program Coordinator of Middle East and North Africa at Committee to Protect Journalists (CPJ), has strongly criticized the Israeli move by saying, “Censoring Aljazeera or closing its offices will not bring stability to the region, but it would put Israel firmly in the camp of some of the region’s worst enemies of press freedom. Israel should abandon these undemocratic plans and allow Aljazeera and all journalists to report freely from the country and areas it occupies.”

Moreover, Aiden White, director of the London based Ethical Journalism Network, called Israeli move “a full frontal attack” on press freedom. “It is a shocking statement, and it completely undermines Israel’s claims to be the only democracy in the region, because it gets to the heart of one of the most important institutions of democracy,” he said.

In the recent months, Saudi Arabia and Jordan have shut down Al-Jazeera bureaus while network’s signals are blocked in the UAE. Egypt had blocked its reach to its population several years ago.

On June 5, Saudi Arabia, UAE, Bahrain and Egypt severed their diplomatic ties along with business and travelling relations with Qatar alleging that the tiny rich country provides financial and moral support to terrorism. The 13-point demands put forwarded to Qatar by the quartet included severing ties with their arch rival Iran, closing down new Trukish army base in its territory and shutting down of Al-Jazeera news network.[/vc_column_text][/vc_column][/vc_row]