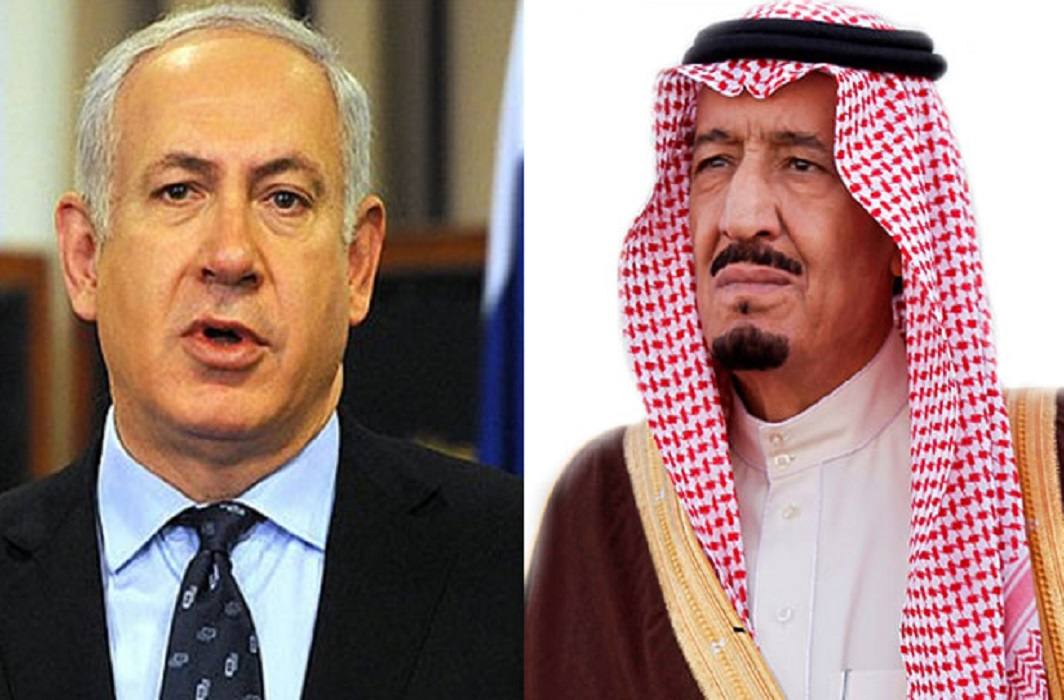 The growing coordination between Saudi Arabia and Israel for triggering a desired war in the Middle East was revealed on Wednesday when Israeli Channel 10 published a leaked diplomatic cable sent to their missions abroad to do everything possible to ramp up pressure against Hezbollah and Iran.

The report was reproduced by several news websites. Zero Hedge and Activist Post, wrote details about the leaked document. The report was originally written by Barak Ravid, a veteran journalist working for Channel 10.

Zero Hedge reports that the cable was sent to all Israeli ambassadors throughout the world concerning the chaotic events that unfolded over the weekend in Lebanon and Saudi Arabia. Lebanese Prime Minister Saad Hariri, dramatically resigned from his position while visiting Saudi Arabia on Saturday.

While announcing his resignation in a live Al-Arabia TV broadcast, Hariri accused Iran and its ally Hezbollah for sowing strife in the Arab world. He also cited about an assassination plot against him. This was followed by Saudi Arabia’s announcement that Lebanon had “declared war” against the kingdom.

The report says that classified embassy cable, written in Hebrew, constitutes the first formal evidence proving that the Saudis and Israelis are deliberately coordinating to escalate the situation in the Middle East.

The leaked cable requested all Israeli diplomats worldwide to “do everything possible to ramp up diplomatic pressure against Hezbollah and Iran. It urged support for Saudi Arabia’s war against Iran-backed Houthis in Yemen.  It also stressed that Iran was engaged in “regional subversion”.

Israeli government asked all its diplomats to appeal to the “highest officials” within their host countries to attempt to expel Hezbollah from Lebanese government and politics.

Barak Ravid, the journalist who revealed the content of the diplomatic cable wrote several tweets.[/vc_column_text][vc_raw_html]JTNDYmxvY2txdW90ZSUyMGNsYXNzJTNEJTIydHdpdHRlci10d2VldCUyMiUyMGRhdGEtbGFuZyUzRCUyMmVuJTIyJTNFJTNDcCUyMGxhbmclM0QlMjJlbiUyMiUyMGRpciUzRCUyMmx0ciUyMiUzRTElMjAlNUMlMjBJJTIwcHVibGlzaGVkJTIwb24lMjBjaGFubmVsJTIwMTAlMjBhJTIwY2FibGUlMjBzZW50JTIwdG8lMjBJc3JhZWxpJTIwZGlwbG9tYXRzJTIwYXNraW5nJTIwdG8lMjBsb2JieSUyMGZvciUyMFNhdWRpcyU1Q0hhcmlyaSUyMCUyNmFtcCUzQmFnYWluc3QlMjBIZXpib2xsYWglMjAlM0NhJTIwaHJlZiUzRCUyMmh0dHBzJTNBJTJGJTJGdC5jbyUyRkFiZUxQQzM1R1AlMjIlM0VodHRwcyUzQSUyRiUyRnQuY28lMkZBYmVMUEMzNUdQJTNDJTJGYSUzRSUzQyUyRnAlM0UlMjZtZGFzaCUzQiUyMEJhcmFrJTIwUmF2aWQlMjAlMjglNDBCYXJha1JhdmlkJTI5JTIwJTNDYSUyMGhyZWYlM0QlMjJodHRwcyUzQSUyRiUyRnR3aXR0ZXIuY29tJTJGQmFyYWtSYXZpZCUyRnN0YXR1cyUyRjkyNzYyOTYxMTcxMzk0MTUwNSUzRnJlZl9zcmMlM0R0d3NyYyUyNTVFdGZ3JTIyJTNFTm92ZW1iZXIlMjA2JTJDJTIwMjAxNyUzQyUyRmElM0UlM0MlMkZibG9ja3F1b3RlJTNFJTBBJTNDc2NyaXB0JTIwYXN5bmMlMjBzcmMlM0QlMjJodHRwcyUzQSUyRiUyRnBsYXRmb3JtLnR3aXR0ZXIuY29tJTJGd2lkZ2V0cy5qcyUyMiUyMGNoYXJzZXQlM0QlMjJ1dGYtOCUyMiUzRSUzQyUyRnNjcmlwdCUzRSUwQQ==[/vc_raw_html][vc_column_text]Ravid said that he published on Channel 10 a cable sent to Israeli diplomats asking to lobby for Saudis/Hariri against Hezbollah. The cable sent from the MFA in Jerusalem (Israeli Ministry of Foreign Affairs) to all Israeli embassies toes the Saudi line regarding the Hariri resignation.

He further said that Israeli diplomats were instructed to demarche their host governments over the domestic political situation in Lebanon – a very rare move. The cable said:  “You need to stress that the Hariri resignation shows how dangerous Iran and Hezbollah are for Lebanon’s security.”

The Israel diplomats were instructed to support Saudi Arabia over its war with the Houthis in Yemen. It stressed, “The missile launch by the Houthis towards Riyadh calls for applying more pressure on Iran & Hezbollah.”

This was confirmed by Israel’s state funded Kol Yisrael radio service. The “secret” visit was an abnormal development because Kingdom does not even recognise the existence of the Jewish state.

Saudi Arabia and Israel consider Iran’s growing influence in the region as a common threat. Both the countries drum apathy against alleged Shia arch being developed in the region. In the post Saddam era, Iran has successfully built friendly ties with Iraq and helped Syria and Iraq in their fight against Daesh (IS) terrorists.

Related Topics:HezbollahIranIsraelSaudi Arabia
Up Next