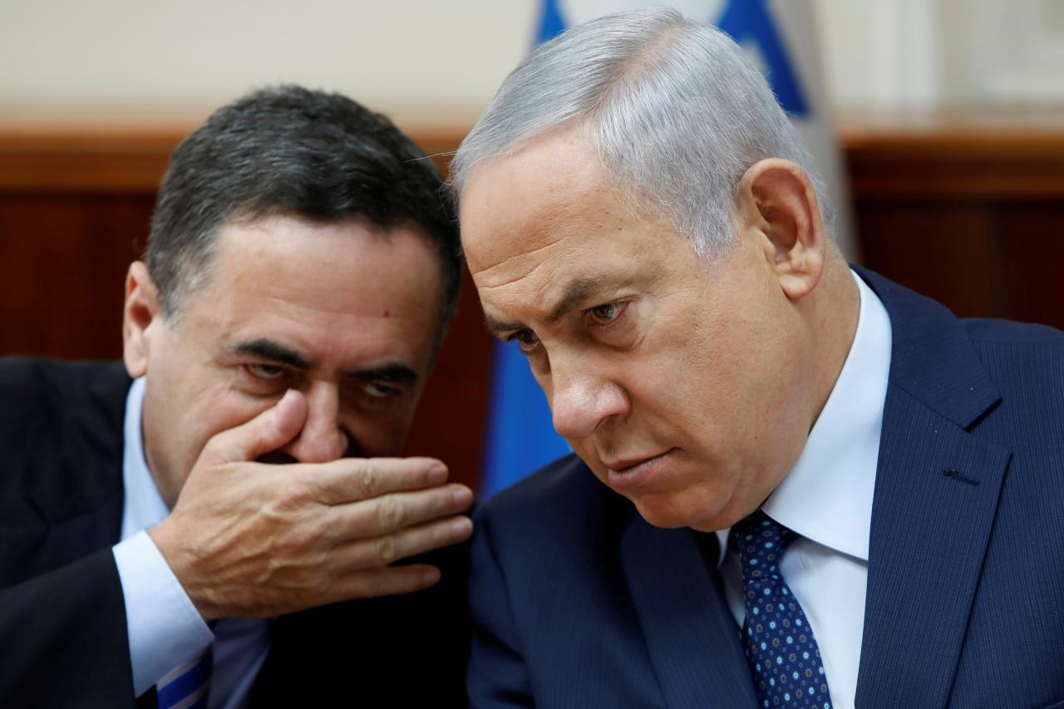 This was disclosed by his spokesman Arye Shailcar, who called the proposed visit as a historic trip involving two nations with no official diplomatic ties.

According to AFP report from Jerusalem, the minister’s spokesman Arye Shalicar disclosed that Katz issued the call during an interview with Elaph, a news website run by a Saudi businessman on Wednesday.

However, the website did not carry the invitation call in its online publication. Shalicar could not comment on why, but says Katz had indeed made the comments.

“He said that he asks the king to invite (Prime Minister Benjamin) Netanyahu officially to Riyadh, and he asks MBS, Mohammed bin Salman, the son, to come and visit Israel,” Shalicar says of Katz, who is also transportation minister.

Katz made the call because “he wants regional peace — that’s part of his three-layered program,” his spokesman said, referring to security and economic cooperation leading to eventual peace.

During the Wednesday interview the Israeli Intelligence minister referred to Saudi Arabia as a leader of the Arab world and issued a warning to Lebanon and Hezbollah.

The Lebanese resistance group has played important role in defeating Daesh (IS) terrorists in Syria and Iraq. Israel and Hezbollah fought a war in 2006, while the group had forced Israel to withdraw its forces from south Lebanon in 2000.

Katz said if Hezbollah initiates a war against Israel, “this time all of Lebanon will be a target.” He further threatened, “What happened in 2006 would be a picnic compared to what could happen… I say Lebanon will return to the stone age.”

In June, Israel’s defence minister Avigdor Liberman had called for a deal with Arab countries including Saudi Arabia as a pre-requisite for agreement to resolve the Palestinian conflict. Two months back Liberman underlined the need for “a full regional agreement with all moderate Sunni states, including Kuwait and Saudi Arabia.”

Earlier in October, an Israeli official, speaking on condition of anonymity, had confirmed to AFP that a Saudi prince who was widely reported to have visited Israel in September was Crown Prince Mohammed bin Salman.

In Novermber, the Elaph news website also interviewed Israeli military chief of staff Gadi Eisenkot when he announced his country’s readiness to cooperate with Saudi Arabia to face Iran’s plans “to control the Middle East.”

It has been difficult for Saudi monarchs to manage people’s outrage on the Israeli suppressive moves against Palestinians. But at the same time they are told that “Iranian threat” may be countered with Israeli help in the region. There have been reports of Israeli arms and jets being used in bombing campaign against Yemen.

During the ongoing worldwide protests against US President Donald Trump’s recognition of Jerusalem as Israeli capital, there have been no reports of protests in Saudi Arabia and other GCC countries. The Imams of two grand mosques in Mekkah and Madinah also remained silent on the issue.

On Wednesday, during OIC Extraordinary Summit in Istanbul, especially held to discuss the US President Donald Trump’s Jerusalem move, Saudi Arabia was represented by the minister of religious affairs while 22 heads of states and governments and more than thirty foreign ministers participated in the 57-nation body meet.

The Egyptian government headed by President Abdel Fattah al-Sisi has also been maintaining ties with Israel. Cairo and Amman have peace agreement with Israel.

Few years back some Arabic language daily published from a European capital carried a survey saying that most Arab people were supportive of Hezbollah leader Hassan Nasrullah and Iranian leadership for their anti-Israel and anti-US stance. This has made Arab monarchs more apprehensive about people’s response if they openly hug Israeli leadership.[/vc_column_text][/vc_column][/vc_row]