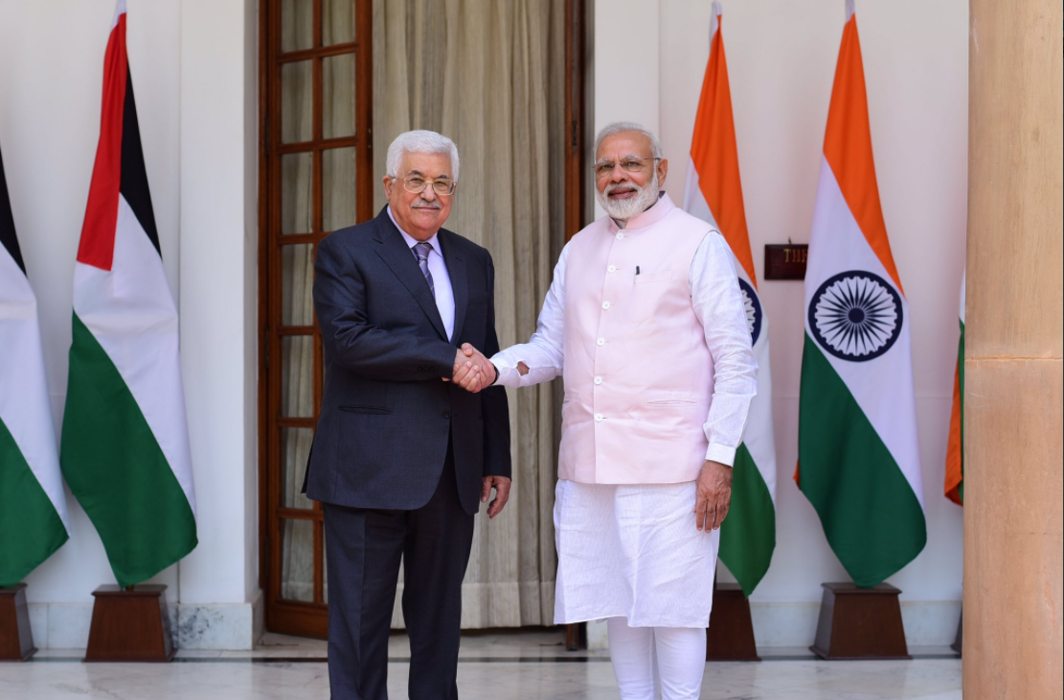 At a time when Saudi Arabia is pushing most of its regional allies for “normalizing” ties with Israel aiming to snatch Palestinian issue from Iranian government, India has reiterated its support for creation of a Palestinian state that will co-exist “peacefully” with Israel.

In an official statement on the occasion of the International Day of Solidarity with the Palestinian People, being observed on November 29, Prime Minister laid out his government’s position and reiterated its support in nation-building activities of the Palestinians and resumption of negotiations between the two rivals: Israel and Palestine.

“We hope for early realisation of a sovereign, independent, united and viable Palestine, co-existing peacefully with Israel,” said the PM.

“India hopes for early resumption of dialogue between the Palestinian and the Israeli sides to move towards finding a comprehensive negotiated resolution,” Mr. Modi said. The PM statement was delivered by India’s Permanent Mission at the UN.

The Prime Minister reiterated, “India is an active development partner of Palestine, engaged in extending technical and financial assistance to improve the lives of the Palestinian people. We will continue to support the development and nation-building efforts of Palestine.”

In July, PM Modi, before leaving for his historical Israel visit,  said, “We believe in a two-state solution in which both Israel and a future Palestinian state coexist peacefully.” Modi did not choose to visit Ramallah, the seat of Palestinian Authority shedding the tradition of foreign dignitaries visiting both the territories. However, Prime Minister Narendra Modi met Palestinian President Mahmoud Abbas in New Delhi in May.

During his India visit, Palestinian President expressed hopes that New Delhi can play “a very important role” in resolving their dispute with Israel.

“There should be a role for India in making peace in our region. India has played this role (by supporting the Palestinian cause) and we are looking forward that India continues to play the same role,” he said during a lecture in New Delhi.

PM has spoken about the need for a viable Palestinian State for the first time after his July Israel visit.

The joint statement issued during Modi’s Israel visit did not mention the need to create a Palestinian State.  However, it had mentioned the need for “mutual recognition” and “security arrangements” as the basis for a peaceful resolution to the issue.

On November 19, 1947, UN had adopted its Resolution 181 calling for the creation of independent Israeli and Palestinian States. This resolution is considered to be the base of the two-state solution.[/vc_column_text][/vc_column][/vc_row]