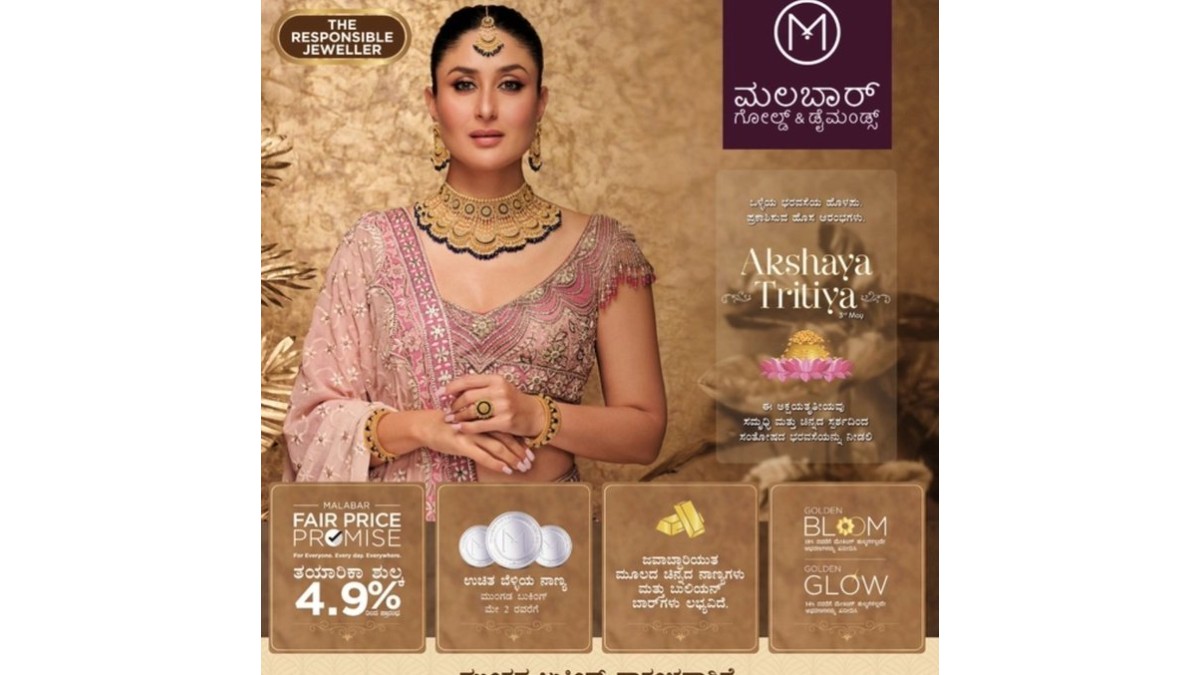 Boycotting brands has become the latest trend these days. Following reports of a boycott of Himalaya, Patanjali, and other food brands that contain halal-certified ingredients, a new name has joined the list. But this isn’t a food company; it’s a jewellery brand. Tweeple are asking to boycott Malabar Gold and Diamonds and are bashing Kareena Kapoor Khan. But the question arises, why?

Malabar Gold and Diamonds has collaborated with Bollywood actor Kareena Kapoor Khan ahead of Akshaya Tritiya, a Hindu festival. In an advertisement for Akshaya Tritiya, Kareena is seen in an embellished pink lehnga and donned her look with a huge neckpiece, earrings, and Maang Tika. But people are arguing that the brand is promoting their jewellery for the auspicious day of Akshaya Tritiya but the advertisement features Kareena Kapoor Khan as a model with no bindi on her forehead. A section of social media users also mocked Kareena, who married a Muslim, for appearing in a Hindu festival ad without a bindi.

Expressing anger on Twitter, one user wrote Bindi as believed by Hindus is more than just a red dot and if brands like Malabar do not try to understand or intentionally ignore it, then it is time that Hindus need to show them the door!

As the advertisement primarily revolved around the Hindu festival Akshaya Tritiya, one of the users stated a red bindi or kumkum is a form of Shakti. Applying kumkum on the forehead is a symbol of Sanatan Hindu culture and also of sacredness and auspiciousness. Brands must respect the Hindu sentiments or forget business with Hindus this Akshaya Tritiya, he added.

Earlier in October 2020, jewellery brand Tanishq faced massive backlash from people as tweeple claimed that the brand was promoting love jihad in its advertisement. However, later it withdrew the advertisement. Tweeple also criticized fashion brand FabIndia for De-Hinduizing Diwali and terming it as Jashn-e-Riwaz.

Irfan Pathan says India has potential of being the greatest country on earth, BUT

Do you have joint and muscle pain, fever, know Hepatitis symptoms