Director Ayan Mukherjee, who’s all set for the release of his much awaited movie Brahmastra has come up with a new video in which he explained the key concept of his astraverse.

The story of Brahmastra revolves around it’s protagonist Shiva which is played by Bollywood actor Ranbir Kapoor. Ayan explained the concept of Brahmansh, the saints who meditated for the existence of certain Astra which have different energies found in nature, like wind, water, fire and Earth.

Not only Brahmansh were blessed with these astras but the also vowed to protect them even if this cost them their lives. The astras that exist in Shiva: Part 1 are given below:

The Vanarastra posses the power of Super Monkey and it gives all the energy to who so ever controls the astra. Ayan Mukherjee’s astraverse is inspired by Hindu Mythology and the Vanarastra is inspired by Lord Hanuman. The actor who posses this astra has been kept secret by the makers of Brahmastra but tweeple also think that it’s a new actor making his Bollywood debut.

Read Also: Sonam Kapoor’s baby shower invite is no less than Koffee With Karan hamper, see who all are invited

The Pawanastra posses the power of wind. Reportedly, Ayaan Mukherjee has got a Korean child actor who would be seen possessing the Pawanastra in the first part of Brahmastra trilogy.

Nandiastra is posses the power of thousand bulls. The film being inspired by the Hindu mythologies, this astra is symbolic to Lord Shiva’s first devotee Nandi. The role of Nandi is played by South Superstar Nagarjuna. He will be seen helping Shiva complete the Brahmastra.

Jalastra is the second most strongest astra in Ayan Mukherjee’s astraverse. It holds the power of water and if reports are to be believed then, Global actor Deepika Padukone will be playing the character of the Jalastra. However, she’ll just have cameo in the first part of Brahmastra trilogy and her major parts will be in the second instalment.

Prabhastra has the power of thousand swords and in the film this is owned by Bollywood’s veteran actor Amitabh Bachchan. He will also be playing the role of Ranbir’s mentor in the fight against evil.

Agnyastra or the Agni Astra has the power of fire. And being the strongest one of them all, the Agnyastra is owned by the protagonist of the film Shiva (played by Ranbir Kapoor). The first installment of Brahmastra is all about Shiva realizing his power and fate to fight the evil and save the god of all astras – Brahmastra.

Brahmastra is the god of all astra. When the eternal light – the Brahma Shakti gave blessed the Brahmansh with all the astras, it also gave them Brahmastra, which holds the power of all astras. Ayan Mukherjee’s astraverse is a story of good vs evil, the story of saving Brahmastra for the good of this world. And it will be interesting to see how a Bollywood director and film maker has not only dreamed of making a magnum opus like Marvel but will also less than 70% of it budget, he has been able to pull off and make it realistic as possible.

CNG, PNG prices hiked by Rs 4 per kg, Rs 3 per cubic meter in Mumbai, check CNG prices in Delhi, NCR and other cities 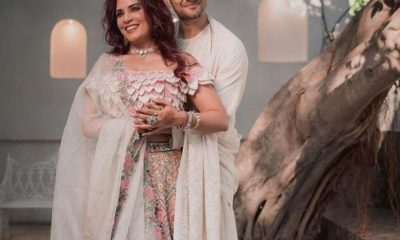