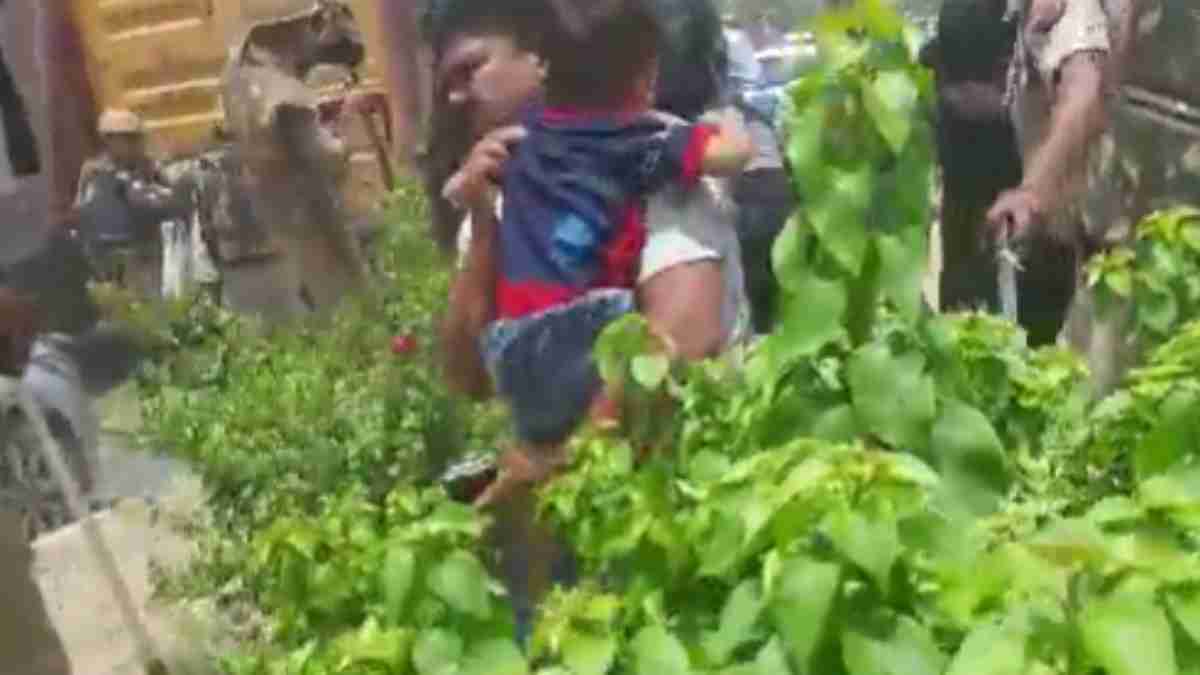 The Agnipath Scheme announced by the Centre on Thursday has led to massive protests across India. Dreadful videos and pictures of the widespread protests are surfacing on the internet.

In this episode, a video of a man holding a child trying to escape the stone-pelting scene is viral on the internet. The incident took place in during the protest in Uttar Pradesh’s Mathura. In the viral video, people could be seen running for a cover amid the protestors vs policemen.

Reports say the video was shot on a national highway that passes through western Uttar Pradesh’s district.

Responding to the video, Mathura Police said that senior officers have been deployed at the spot and strict action will be taken against the violent protestors.

On Friday, Defence Minister Rajnath Singh said the Agnipath scheme is a golden opportunity for young people to join the Defence forces and serve the nation. Protesters are demanding a rollback of the short-term recruitment scheme and they believe that the four-year tenure is too short and they also fear their job security and pension benefits.

Agnipath Scheme offers 46,000 soldiers between the ages of 17-and-a-half years and 21 years into the three services on a four-year short-term contractual basis. Out of the total annual recruits, only 25 per cent will be allowed to continue for another 15 years under permanent commission.