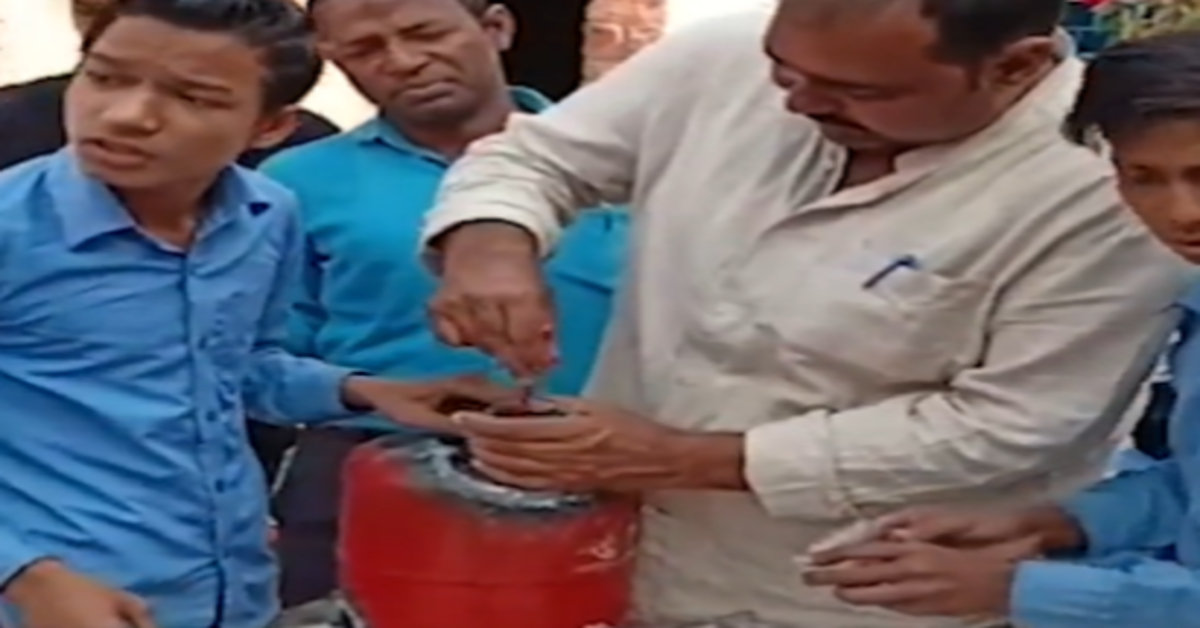 An inspiring story has come to light from Bihar’s Kaimur where a school student of class 8 invented a way to turn plastic into petrol. The child prodigy was identified as Vikas Kumar who studies in a district school in Bihar’s Khaimur.

Vikas, in his interview with the media, told that it took him 4 months for him to invent the plastic-to-petrol machine. It is also reported that the petrol that comes from plastic can’t be used as a fuel for cars or vehicles, however, it can be used as burning fuel.

It is also reported that the machine that converted plastic into petrol costed him only 1500 Rs to make. Vikas has won the district science competition with his project and will aim to do the same in the state-level competition.

The boy, in the interview, also stated that it took him four months to invent it and further added that initially, he showed it to just his family after which his family urged him to show it to his school’s administration.

The project by the young Vikas was praised and celebrated by his school administration as they came out in praise of the boy. Vikas also added that the was inspired by his invention after witnessing the use of fuel for burning gas.

Another incident from Bihar’s Nevada came to light when the teacher of a govt school reached the place of his work while intoxicated. In the video, the drunk teacher can be seen slurring his words and speaking in Jiberish after being recorded and being caught red-handed by a camera person.

The teacher can also be seen failing to walk straight as he tries to storm off in anger by the cameraman recording the incident.