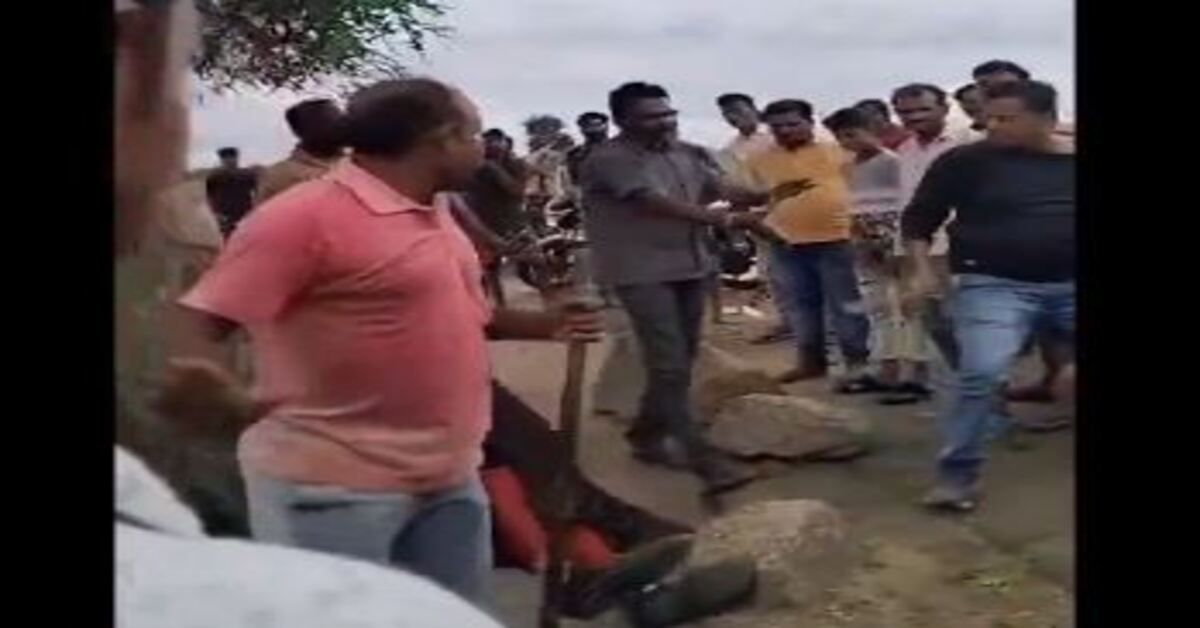 A shocking incident of communal violence has come to light from a village in Madhya Pradesh’s Chhindwara area. The incident occurred on September 15 when a Muslim family were passing through Auriya village. A mob stopped them and beaten up.

The Muslim family alleged that the mob were also raising religious slogans. Wajid Ali, a resident of Lalgaon village in the district, was allegedly dragged and tied to a bike. Wajid Ali alleged that his mother’s clothes were torn apart and his father was thrashed.

A video of this incident went viral on social media on Wednesday. Police have lodged an FIR against unknown persons. However, Wajid Ali alleged that cops deliberately changed his police statements as the accused and TI belonged to the same caste.

In the video clip, Wajid Ali alleged that they were trashed owing to their faith. According to the local media reports, seeing no action against the attackers, the victims approached Chhindwara’s Superintendent of Police (SP) on September 17. However, the victims were still waiting for justice. The SP said that they were looking into the matter. Necessary action would be taken soon.

Nearly three weeks ago, a mob thrashed a traffic police constable over illegal fines and challans in Madhya Pradesh’s Muraina district. A video of this incident also went viral on social media. In this video, the mob could be seen thrashing traffic police officials alleging illegal challans and fines. A person was pulling his hair in the video while others were busy hitting the traffic police official.

In another incident, a 17-year-old girl was allegedly gang-raped by six men in front of her fiance in Madhya Pradesh’s Rewa district on Saturday afternoon.

In April 2022, Madhya Pradesh Chief Minister Shivraj Singh Chouhan instructed state officials to destroy the mafia network. He said that there should be strict actions against criminals.