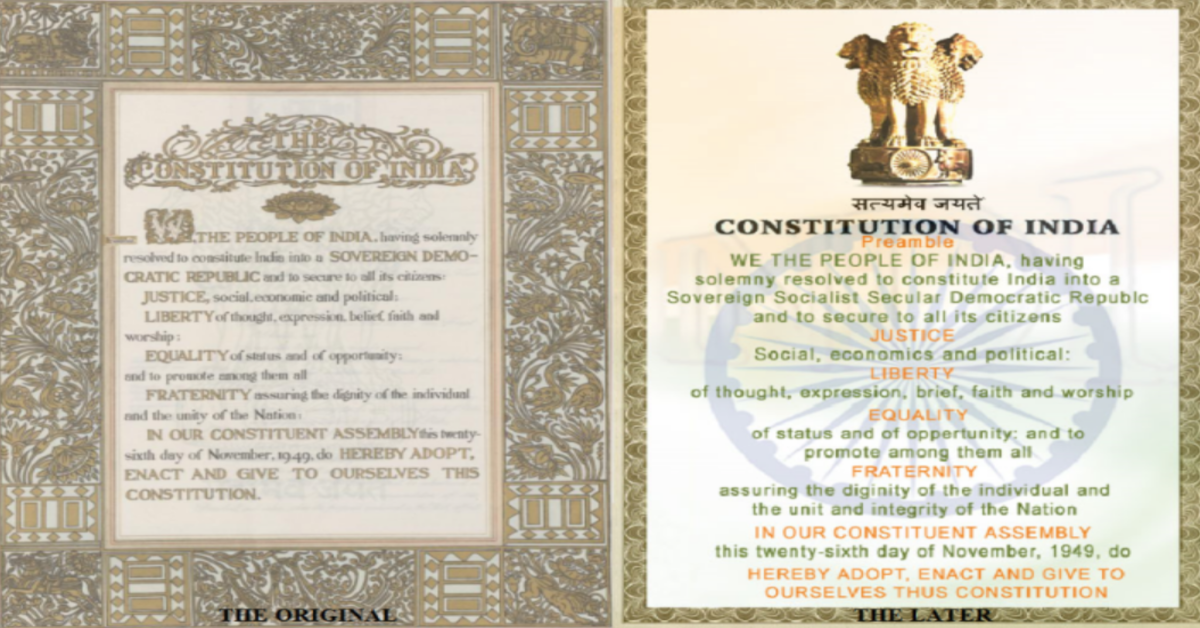 Constitution Day or Samvidhan Diwas is celebrated every year on November 26 from 2015 to commemorate the adoption of the Constitution by the constituent assembly. The document was drafted by Dr B.R Ambedkar-led committee and plays the essential role in empowering and allowing citizens of India to have fundamental rights.

The Constitution doesn’t only give citizens their rights, it also instills responsibilities for them to follow and respect in order to maintain the supremacy of the Constitution. On November 26, 1949, the Constituent Assembly of India adopted the constitution, however, it took until January 26,1950 for it to come into force.

The Constitution of India was drafted by the Dr Ambedkar-led committee which had other members K.M. Munshi, Muhammed Saadulla, Alladi Krishnaswamy Iyer, N. Gopalswami Ayyangar, D.P. Khaitan, and L. Mitter. After the drafting, the Constitution was duly adopted by the Constituent Assembly and came into force on January 26, 1950.

However, It was not until 2015 under the Narendra Modi government that the country started the tradition of celebrating November 26 as Constitution Day.

Significance of the Day

After British rule of over 200 years, India’s awakening to freedom was incomplete until the State had a rule of law, that empowered and gave rights to every citizen while establishing the supremacy of the Constitution by which the country was run. The Constitution came as a respite that not only united the country but also protected the citizens regardless of caste, gender, religion, etc, and promised them equal rights.

The Constitution also made a historic change by declaring the country to be a sovereign, secular, socialist, democratic republic and also included the promise of equality, liberty, and justice to its citizens. The original document did not have the words socialist and secular which were added by the 42nd Amendment in 1976 during the Emergency.

The making of the Constitution

The Draft of the Constitution is still lauded and praised for inspiring other countries which faces issues similar to what independent India faced. The Constitution of India is also considered to be the longest-written constitution in the world.