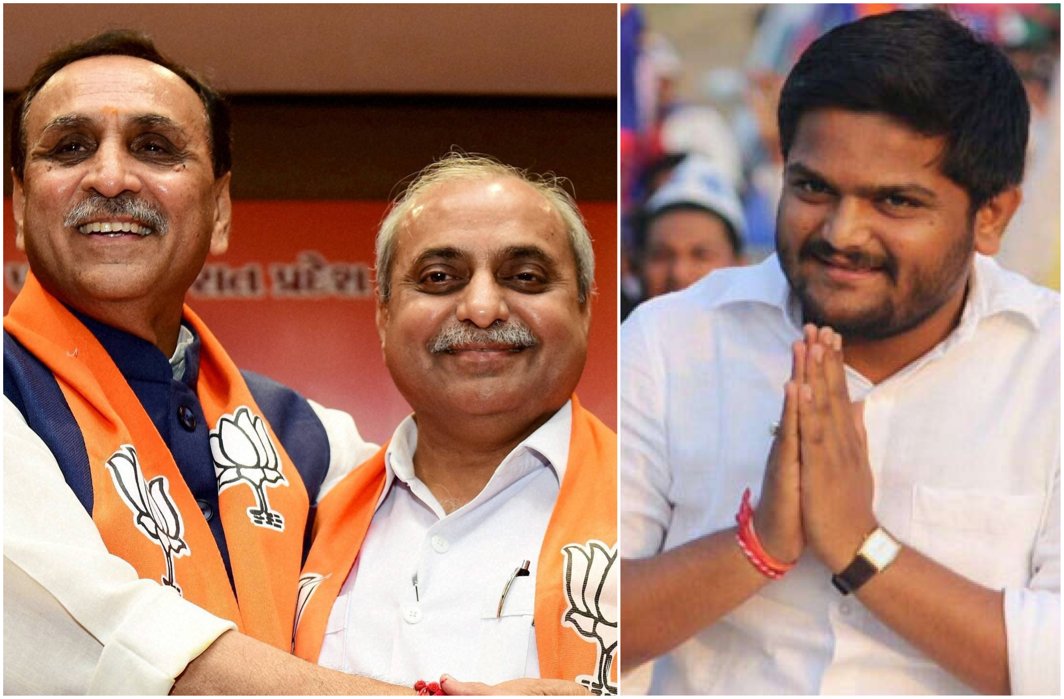 Within three Days after Vijay Rupani’s cabinet sworn-in to form government in Gujarat, Deputy CM Nitin Patel was apparently miffed at being given a ‘light-weight’ portfolio. The prominent Patidar leader did not turn up to office on Friday, when other colleagues took charge of their respective ministries.

During previous state government, Nitin Patel was holding major departments like Finance, Petrochemicals, Urban Development and Urban Housing, Roads and Buildings, Capital Project, Narmada, and Kalpasar. But Chief Minister Vijay Rupani, who took over 48 hours to decide on  the portfolios of his cabinet colleagues, snatched Patel’s former portfolios this time. In the present state cabinet the Deputy CM Nitin Patel is assigned with departments of roads and buildings, Narmada, health, medical education and capital projects.

Speaking to ANI on Saturday, Hardik Patel said, “If Gujarat Deputy CM Nitin Patel, along with 10 MLAs, is ready to leave BJP, then I will talk to Congress to get him a good position. If BJP does not respect him, he should leave the party.”

Reportedly, the internal rift within the state’s BJP ministry cropped up on Thursday – just before the newly formed government’s first cabinet meeting. The said meeting was reportedly delayed till 9 pm from its scheduled time at 5 pm. Nitin Patel and Gujarat’s party President Jitu Vaghani had a separate meeting to decide on the allocation of ministry portfolios, with consultation of the party’s top leaders in Delhi.

A senior party leader has confirmed, “Nitinbhai is upset at not getting the Finance department. Despite being Deputy Chief Minister, he is not dealing with any important portfolios like Home, General Administration, Industries, Mines and Minerals, Finance, Urban Development or Revenue.”

However, while addressing a press conference – along with Nitin Patel and Baghnani – Vijay Rupani ruled out of any possibility of differences within the party, even though the Deputy CM kept silent.

“There were no differences on anything and the government will utilize Nitinbhai’s experiences and expertise,” said Rupani.

In the new cabinet, Chief Minister Vijay Rupani has kept home, general administration, industrial and mines and minerals and urban development and petrochemical departments with himself. On the other hand, Finance and Energy ministry is allotted to Saurabh Patel – who was dropped off the cabinet during earlier Rupani government. Saurabh Patel had been facing allegations of irregularities and nepotism against him at that time.