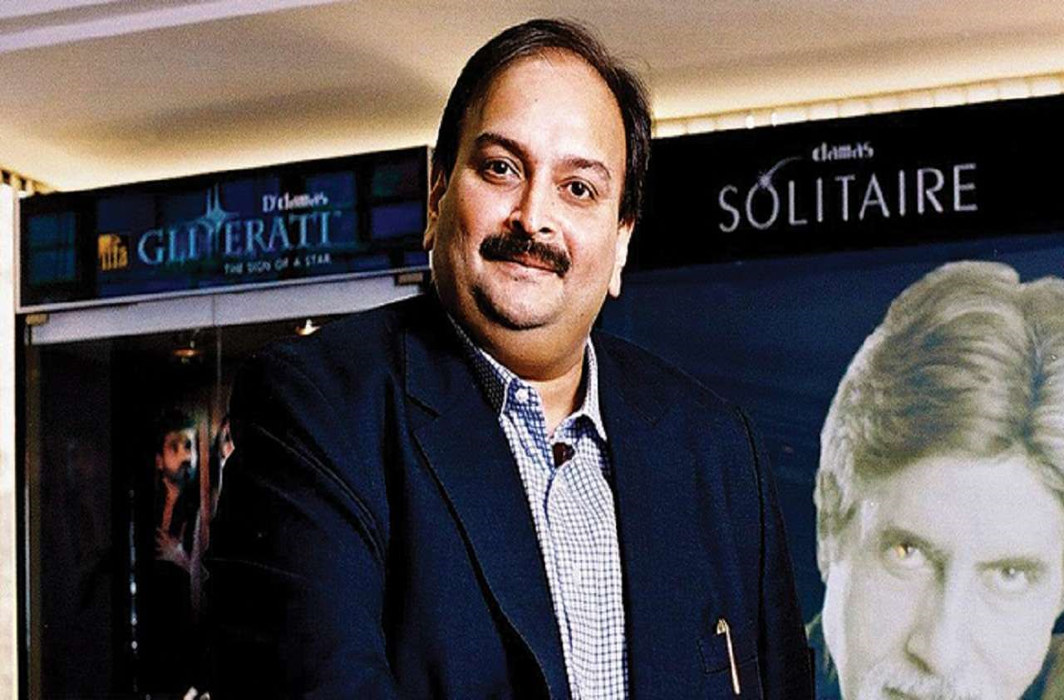 The notice comes six months after the CBI sent a request to the international organisation in connection with the Rs 12,000 crore Punjab National Bank (PNB) fraud case. The fraud is being probed also by Enforcement Directorate (ED) and other agencies.

“The Interpol has issued a Red Corner Notice against Mehul Choksi on the request of the CBI,” CBI spokesperson Abhishek Dayal said.

The Interpol has already issued an RCN against Choksi’s nephew Nirav Modi and a few other associates.

Choksi also sought cancellation of the non-bailable warrant issued against him, claiming there was a threat to his life. He also cited “the recent trend of mob lynching” due to which he couldn’t travel to India. The CBI in its reply to Interpol assured that Choksi was an “economic offender” and would be provided with the necessary protection, said a report in The India Express (IE).

A five-member Interpol committee court, called the Commission for Control of Files, was set up to decide on CBI’s request. Choksi is currently residing in Antigua and Barbuda after obtaining citizenship earlier this year.

Antiguan authorities had told New Delhi that the only way it could restrict Choksi’s movement was the CBI could get a Red Corner Notice issued against him. A CBI official said the international warrant would also help the Antigua and Barbuda government to take a call on Mehul Choksi’s citizenship.

Mehul Choksi became a citizen of the Caribbean islands under a programme that extends its citizenship in exchange for investment in the twin-island state of Antigua and Barbuda. The Antigua government had, however, made it clear that there were provisions that allowed it to reopen the issue of his citizenship.

Earlier this year, the ED had moved applications before a special court in Mumbai seeking confiscation of the attached assets of Choksi under the recently promulgated Fugitive Economic Offenders Ordinance.

The CBI has chargesheeted both Nirav Modi and Choksi separately in the scam. The CBI, in its chargesheets last month, alleged Choksi swindled Rs 7,080.86 crore, making it the country’s biggest banking scam at over Rs 13,000 crore.

An additional loan default of over Rs 5,000 crore to Choksi’s companies is also a matter of probe under the CBI.

It is alleged that Nirav Modi and Choksi through their companies availed credit from overseas branches of Indian banks using guarantees given through fraudulent LoUs and letters of credit which were not repaid bringing the liability on the state-run bank, officials said. An LoU is a guarantee given by an issuing bank to Indian banks having branches abroad to grant short-term credit to the applicant.

The instructions for transferring funds were allegedly issued by a bank employee, Gokulnath Shetty, using an international messaging system for banking called SWIFT platform and without making their subsequent entries in the PNB’s internal banking software, thus bypassing scrutiny in the bank, officials said