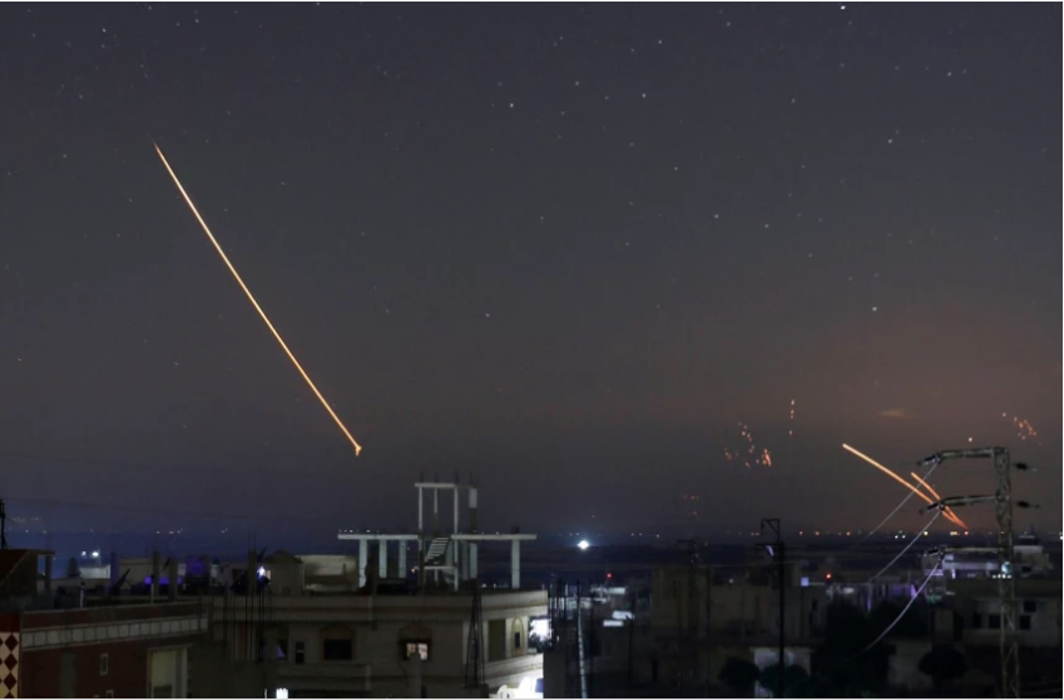 In another major development in the Middle East on Thursday morning, Israel and Syria have exchanged barrage of missiles, considered to be the most extensive strikes in decades. Israel claimed attacking dozens of Iranian targets in Syria in response to 20 rockets fired at Israeli military outposts.

Earlier, Israel had claimed of carrying out an attack on a military base south of Damascus, which was used by Iranian forces. London based Syrian Observatory for Human Rights said it killed at least 15 people, including eight Iranians. Killing of two civilians was confirmed by Syrian news agency.

The Israeli claim of hitting Iranian targets in Syria came one day after Prime Minister Benjamin Netanyahu accused Tehran of preparing to attack Israel saying “For the past months, Iran has been transferring weapons to its forces in Syria”.

While addressing live on television on Tuesday night, after Trump announced of withdrawing from Iran nuclear deal, Netanyahu said, We will react with force” to any attack. He also said “The army is prepared, the army is strong, and whoever will try us will feel well the strength of our army”.

According to Israel’s leading daily Haaretz, the Israeli military has accused Iranian Revolutionary Guards’ Al Quds force and its commander Maj Gen Qassem Soleimani, of launching the attack at the “Israeli Golan Heights”. This is the first time Israel has directly accused Iran of firing toward Israeli territory, the daily said.

Israel has claimed of intercepting four of the rockets by its Iron Dome air defense system and the rest of the rockets exploded on Syrian territory. Tel Aviv has also said there were no casualties in the attack.

Israel has also claimed that the targets included weapons storage, logistics sites and intelligence centers used by elite Iranian forces in Syria. It has also claimed of destroying several Syrian air-defense systems after coming under heavy fire. It said none of its warplanes was hit.

Haaretz further said that a source in the Israeli security establishment said this attack was the largest carried out by Israel since it signed a disengagement agreement with Syria in May 1974.

Contradicting the Israeli claims, Syrian air defenses have claimed of repelling an Israeli missile aggression on Syrian territories, shooting down scores of missiles. It has claimed of intercepting rockets fired from Israeli aircraft after Tel Aviv targeted Syrian army positions in the “occupied Golan Heights”.

Syrian official news agency SANA, reported the Israeli aggressions targeted air defense battalions and radars in Syria with missiles fired by “enemy warplanes” from within the occupied territories. Earlier it claimed of intercepting barrage of Israeli missiles after some 20 projectiles were launched from Syrian soil at Israeli positions in the Golan Heights in response to an earlier Israeli shelling on Quneitra province.

SANA reports that the Syrian air defenses were “confronting a new wave of Israeli aggression rockets and downing them one after the other”. However, referring to a military source, it added that Israeli rocket fire had hit a Syrian radar site and an ammunition warehouse.

Earlier Syrian media said that Israeli troops had shelled the city of Ba’ath in the southern province of Quneitra. No casualties have been reported from any of the incidents.

A Syrian correspondent from Quneitra reports on Thursday that Syrian air defenses shot down Israeli missiles over Ba’ath city.

Earlier on Tuesday, when Trump announced US withdrawal from Iran nuclear deal, Israeli missiles targeted Syrian army positions in the Kishweh area south of Damascus. On the same day Israel had reportedly instructed local authorities to “unlock and ready (bomb) shelters” for the settlers.

Israeli media claim of  “Israel’s Golan Heights” is factually wrong. In fact Israel seized the Syrian Golan Heights during 1967 six day war and has continued to occupy two-thirds of the strategically important territory ever since, in a move which has never recognized by international community.

Israel has been frequently using the occupied Golan Heights to carry out military operations against Syrian territories.

Tehran based Press TV and Iran’s official news agency IRNA have so far neither confirmed nor denied Israel targeting Iranian military installations in Syria. Instead, Iranian media has reported the exchange of missile attacks between Israeli and Syrian forces.

SANA report says that the command of the Lebanese Army said that four Israeli warplanes violated its airspace at the same time as the aggression took place.

Saharanpur in UP tense after Bhim Army leader’s brother shot