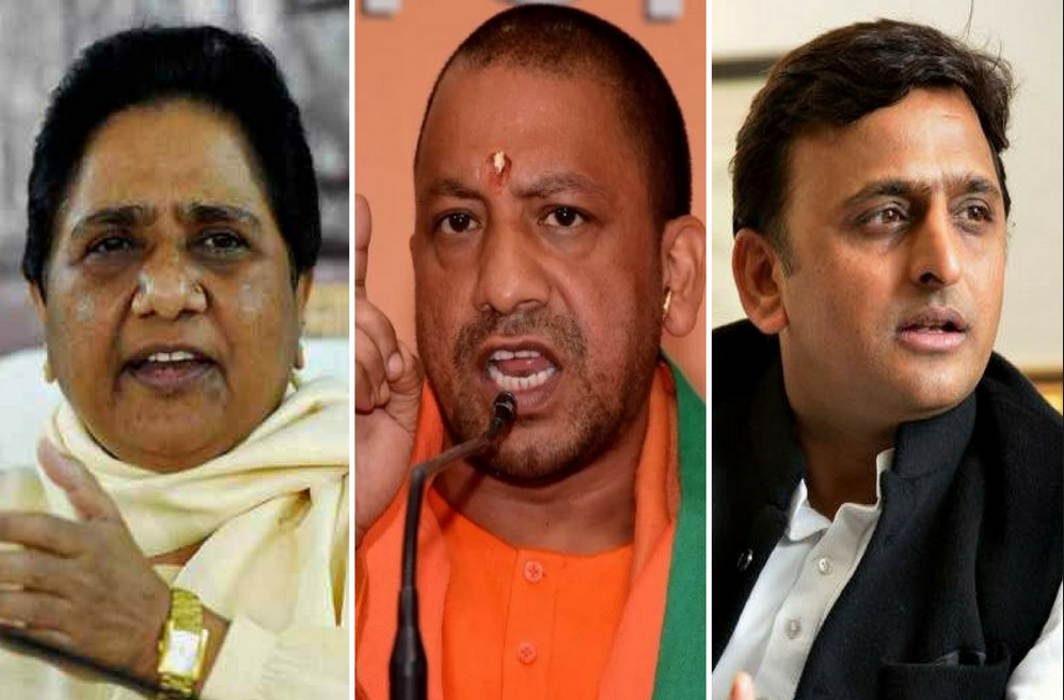 Following the reverses it suffered in by-elections for Gorakhpur and Phulpur Lok Sabha seats, the BJP is taking no chances in Kairana.

UP chief minister Yogi Adityanath, who had the mortification of seeing his home constituency of Gorakhpur won by a joint opposition candidate, has stepped up campaigning and is addressing public meetings on almost a daily basis.

Kairana Lok Sabha constituency, along with the Assembly seat of Noorpur, will have election on May 28.

The CM’s campaign will be topped by a meeting by Prime Minister Narendra Modi himself. Just a day before voting takes place, after the campaigning comes to a halt on May 26, PM Modi will address a meeting in Baghpat nearby, while inaugurating the Eastern peripheral expressway. The poll code does not apply in Baghpat and opposition’s objections to Modi’s program have been dismissed.

Opposition parties too are going all out for victory. Efforts are on to present a larger united front on a national level against the BJP for the 2019 Lok Sabha polls, an exercise that received a boost after the Congress-JD(S) alliance in Karnataka.

Now, all eyes are on these by-polls. The joint opposition candidate in Kairana is Rashtriya Lok Dal’s (RLD) Tabassum Hasan. Her party’s national vice-president Jayant Chaudhary has been regularly visiting the constituency since the announcement of the polls and is likely to remain in Kairana for the remaining few days till the end of the campaign.

Tabassum, wife of former BSP MP Munawwar Hasan, is being backed by the Samajwadi Party, Bahujan Samaj Party (BSP), Congress and Nishad Party to take on the Bharatiya Janata Party (BJP) in Kairana.

On Thursday, May 24, the opposition got a boost when Lok Dal candidate Kanwar Hasan, who was contesting against his sister-in-law and RLD nominee Tabassum Hasan, withdrew from the contest. Kanwar Hasan also announced his support for the Tabassum.

This could help unite the minority vote in favour of the RLD, could make the going tough for Mriganka Singh, the BJP candidate.

While the BJP has thrown in a host of leaders and ministers into the campaign, the opposition is projecting this as a sign of the jitters in the ruling party, which recently lost Gorakhpur Lok Sabha seat vacated by Yogi Adityanath himself when he became chief minister.

“By sending so many ministers to a parliamentary constituency during a bypoll, the BJP has clearly displayed its nervousness,” SP spokesperson Sunil Singh Sajan said. “Samajwadi Party president Akhilesh Yadav is likely to hold one election meeting during the bye-elections, and his one meeting will prove to be quite enough for the BJP,” he boasted, according to a media report.

Apart from Akhilesh Yadav, SP’s UP chief Naresh Uttam is extensively touring the constituency. “The party has deputed leaders and workers up to the booth level in these bye-elections,” Sajan said.

UP Congress spokesperson Ashok Singh also took potshots at the BJP over the party’s deployment for the campaign. “Sending five ministers for campaigning in a single parliamentary constituency during the bye-elections only display a lack of confidence among the BJP leaders and workers ahead of the election,” he said.

“I feel that a strong anti-BJP message will go to the entire country from here for the 2019 Lok Sabha polls,” he added.

Reports from the ground in Kairana says communal polarisation is palpable in the area where BJP ran a campaign alleging mass exodus of Hindus due to Muslim aggression, a charge refuted by several independent reports.

Historically, caste and farmer’s mandate have been the two main factors impacting Kairana’s electoral outcome.  A media report estimated that of nearly 16 lakh voters in the constituency, 5.5 lakh are Muslims, 2.5 lakh are Dalits (mostly Jatavs), 1.5 lakh are Jats, 2 lakh are Kashyaps, 1.4 lakh are Gujjars, 1.2 lakh are Saini and the remaining are constituted by voters from the communities of Brahmins, Banias and Rajputs.

The BJP is aiming for the upper castes — the vote banks of Brahmins, Banias and Rajputs and the wider ‘Hindutva’ vote.

Give the BJP’s track record in fomenting communal riots in the region, the Muslims could choose against the BJP.

Sugarcane prices and farmers’ dues from sugar mills are a major issue. The opposition parties are alleging that the government failed to clear the pending farmer’s dues with the sugar mills: the six sugar mills in the constituency, which reportedly bought sugarcane worth Rs 1,778.49 crore at the UP government’s State Advised Price (SAP) of Rs 315-325 per quintal, have pending arrears of Rs 807.22 crore, as of 18 May, according to media reports.

With Lok Sabha polls due next year, the winning candidate would serve as MP for less than a year. Yet, the electoral outcome here is seen as crucial in the build-up for the main battle.