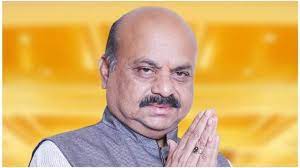 The Chief Minister, speaking at a function to celebrate the BJP’s victory in the five states stated that their responsibilities have grown. BJP government needs to work harder to put the welfare programs in the State budget into effect.

He further said that he had already told the officials that the files should be ready by the end of the month, and the work orders should be issued by the end of April. All of the programs will be implemented immediately, and it will be the party’s obligation to make them accessible to the general public, he added.

Further, Bommai asked the party workers to publicize the welfare programs at the booth level and assist people in taking advantage of them. With the government’s public welfare programmes and the BJP’s organisational strength, the BJP will remain in power in the 2023 elections.

Read Also: Mayawati says negative campaigns like BSP is BJP’s B team succeeded in misleading in UP election

By returning to power for the next five years, we have pledged to develop a prosperous state, said Bommai. He said that the BJP government has already started working and urged party members to work hard in order to bring BJP to power again.

In Siddaramaiah’s Badami constituency, the Congress is offering a fridge, a television, and other incentives to party volunteers who recruit new members. The Congressmen are accustomed to give and take. Nothing works without that. They will absorb ten times more than they are currently offering. According to Bommai, they’ve gotten themselves into such a situation.

Bhagwant Mann’s viral video in which he says will become politician, if nothing works, goes viral, leaves tweeple in splits | WATCH

AIMIM chief Asaduddin Owaisi says it is not EVM’s fault, but the chip in people’s mind