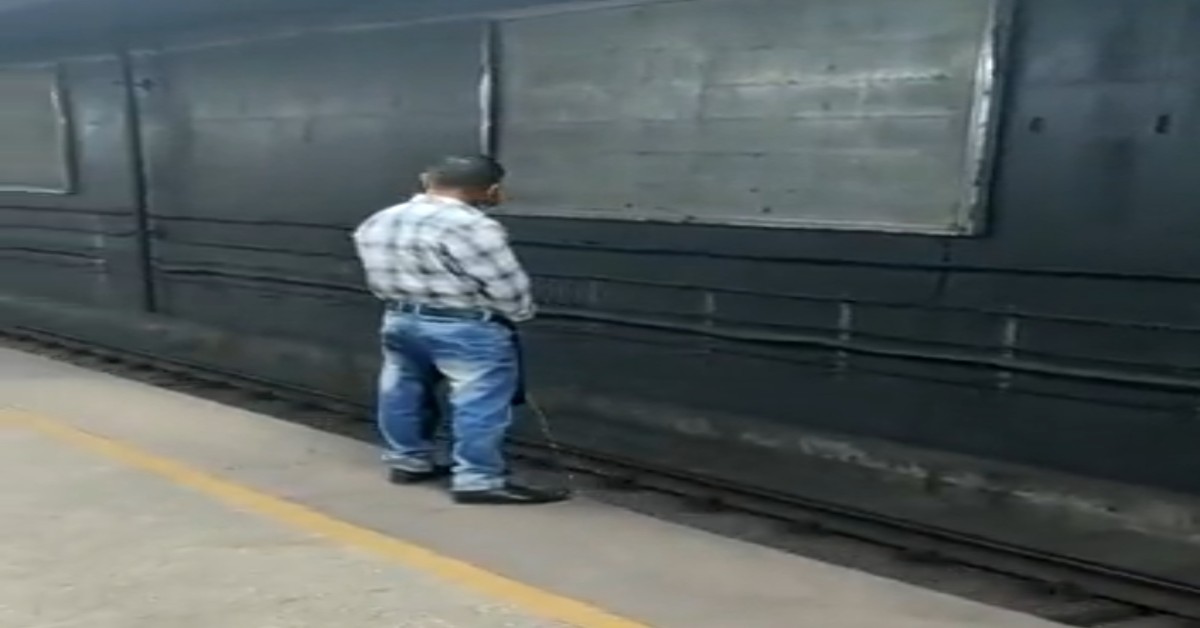 In a pathetic incident that shook the internet, a drunk man was spotted urinating in open on the metro tracks at Delhi’s Malviya Nagar metro station. The video has gone viral on social media with users calling out the man for his indecent act.

The video was shot by another passenger who is heard asking the person that if he knew where he was urinating? The offender replies, “Ho gaya, zyada ho gaya (I drank a little too much).” After recording the video, the man, who recorded the video, ran back to catch the yellow line metro.

The Twitter handle that holds this video is by the name, Sanjeev Babbar and it was posted on October 29, 2022. The user has tagged two official accounts, Chief Minister’s office Delhi and Official DMRC.

Replying to the tweet, the Delhi Metro Rail Corporation has asked for the name of the metro station to further their investigation. When the user reverted with the station’s name that is, Malviya Nagar metro station, the DMRC replied back thanking him, for the feedback.

They further added a note that says , in case any such activity is noticed, passengers may contact nearest DMRC official or contact our 24×7 helpline no. 155370 or Security helpline no. 155655 so that immediate action can be taken.

In response, a senior official of the Delhi Metro on Sunday exclaimed that the passengers are advised to help in maintaining cleanliness and hygiene inside the system. Toilets have been provided at the station for the use of passengers.

Report says, the man urinating at the platform was drunk. In his drunk blackout state the man urinating had no sense as in why he was acting so. It’s really a point of concern as in how was he allowed inside the metro station in this state.

Taking to Twitter reactions, one user said, disgusting, punish him and set an example please. Another user commented, it seems DMRC is becoming Sulabh Sauchalaya day by day, such culprits must be punished immediately. Yet another reacted to it sarcastically, high pressure hose.

At least 2 killed, 10 injured as bus collides with truck on Yamuna Expressway