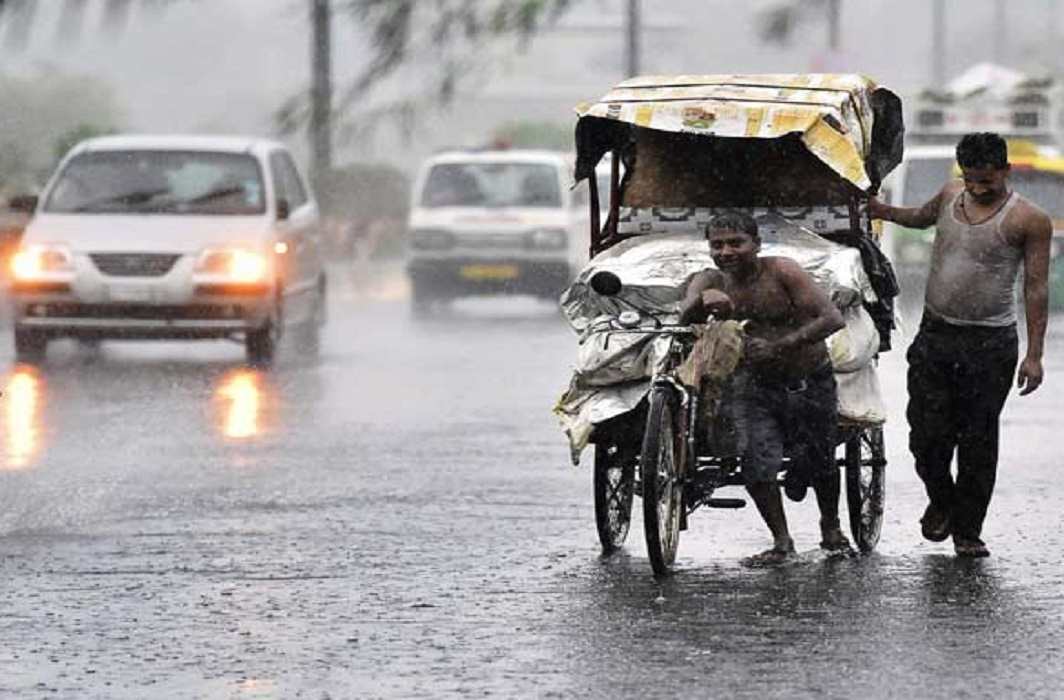 [vc_row][vc_column][vc_column_text]Monsoon is expected to arrive in the national capital two days ahead of its scheduled date of June 29. The region has already witnessed heavier than normal rainfall in June.

A change in wind patterns is likely to lead to the onset of monsoon in Delhi on June 27.

“There has been a lull, but we are expecting it to pick up rapidly from June 23 and subsequent five days,” said KJ Ramesh, Director General of India Meteorological Department (IMD).

Officials said the next rainfall, expected on 27-28 June, would be the first monsoon rains in the city this year. “Until now, the rains were pre-monsoonal,” a senior IMD official told Times of India. “There was a lot of moisture from the Arabian Sea. This effect is likely to decline from June 23 onwards. We might witness rainfall on June 22 morning and evening, but from June 23 onwards, it will decline, only to reemerge from June 27 onwards. This time we are expecting more rains,” he said.

“Favourable conditions are developing for further advance of south-west monsoon into some parts of Chattisgarh, Vidharba, remaining parts of Odisha, Jharkhand, Bihar and some parts of east Madhya Pradesh and east of Uttar Pradesh during next 2-3 days,” the IMD added.

So far, the rainfall distribution has remained fairly good across the country where the rainfall has been greater than five percent above normal.

Meanwhile, the major deviation from normal has occurred in the East and parts of northeast India where rainfall has fallen three percent less than the normal limit.[/vc_column_text][/vc_column][/vc_row]

Related Topics:IMDMonsoonWeather Forecast
Up Next

India’s population will beat that of China by 2024, says UN report

Media: Trumping Government in US; Modified in India