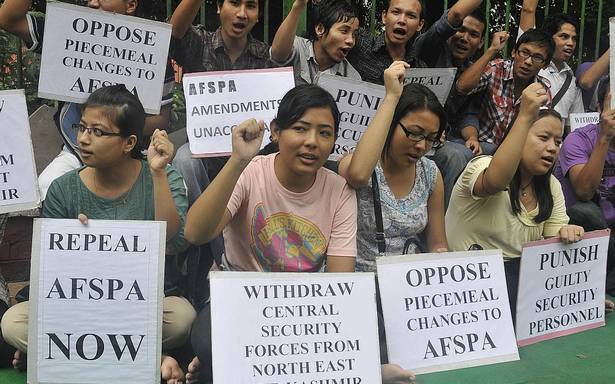 After the killings of civilians in Nagaland’s Mon district, Chief Minister Neiphiu Rio demanded the Central government to repeal the Armed Forces Special Powers Act (AFSPA) from the state to avoid more such incidents.

Nagaland CM Rio said that AFSPA has tarnished the image of our country and ordered a high-level probe into the killings of 14 civilians.

CM Neiphiu Rio said that he has briefed Union Home Minister Amit Shah about the firing incident and Home Minster is looking into the matter very seriously. Centre and state government both have provided financial assistance to the families of the deceased. CM Neiphiu Rio also said that the state is in talks with the Central government to remove AFSPA from Nagaland that AFSPA has blackened the image of the country.

AFSPA 1958(Armed Force Special Powers Act) is an act of Parliament that grants the military wide powers of arrest, the right to shoot to kill and to occupy or destroy property in the area where AFSPA is applicable.

How many states in India have AFSPA?

On December 4, the Indian Army conducted an operation in Nagaland’s Mon district, in which the army mistakenly fired upon civilians. Total 14 innocent lives of civilians were lost in this army operation.

However, Nagaland CM Rio and Union Home Minster Amit Shah regretted the incident and gave an ex-gratia of Rs 5 lakh and Rs 11 lakh, respectively, to the families of each deceased.