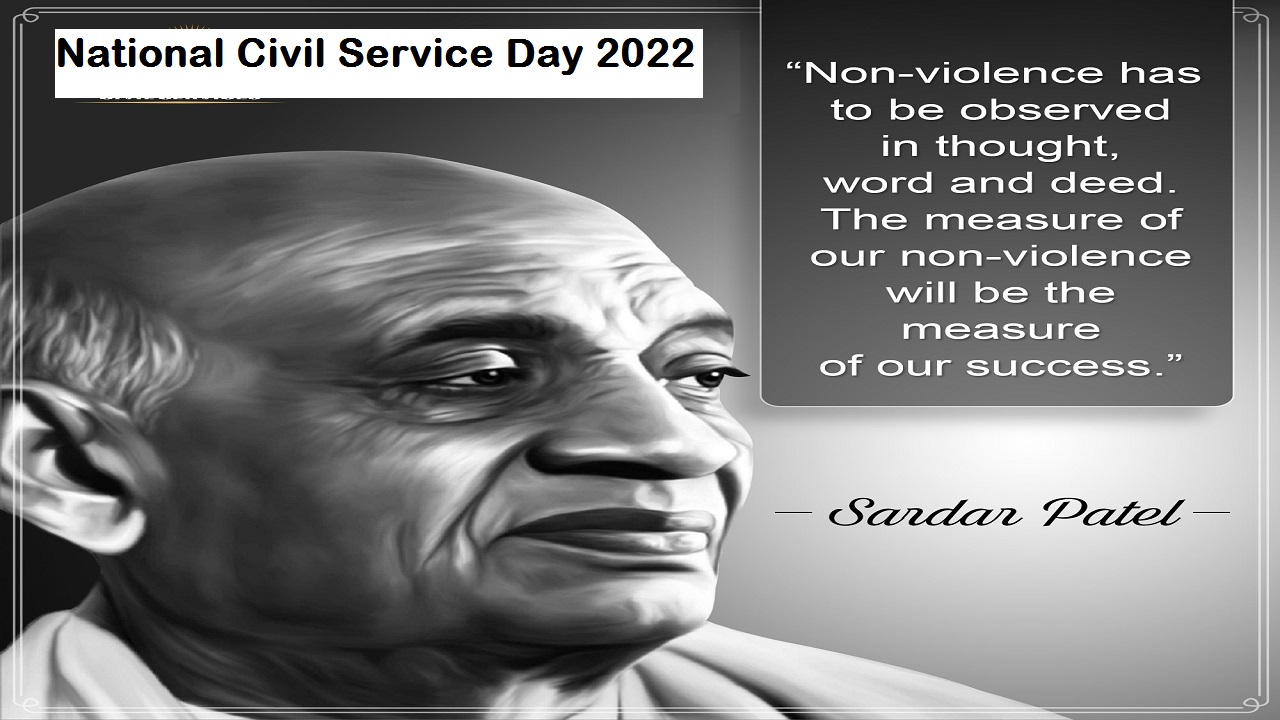 National Civil Services Day is celebrated on April 21, every year for the civils to renew and recall their commitments to public service and job excellence, and also to devote themselves for the sake of citizens.

National Civil Services Day is commemorated to honor the efforts of civil officials who work persistently in many organizations to ensure that the organizational machinery runs properly. Civil servants are in charge of policymaking and make sure that regulations are executed, and so play a vital part in the nation’s growth.

National Civil Services Day is also observed to recall civil employees from various organizations’ administration and departments working at various positions that there is nothing more important than the nation and citizen service.

When the first National Civil Services Day was observed?

The inaugural of National Civil Services Day was marked in 2006 at Vigyan Bhawan in New Delhi, with a ceremony performed there.

Who is the father of Indian Civil Service?

Charles Cornwallis is recognized as the ‘Father of the Indian Civil Service’. He made his contributions to reform and modernize India’s public services.

“One can take the path of revolution but the revolution should not give a shock to the society. There is no place for violence in revolution.”

“My only desire is that India should be a good producer and no one should be hungry, shedding tears for food in the Country.”

“Remain united. March forward in all humility, but fully awake to the situation you face, demanding your rights and firmness.”

“Two ways of building character – cultivating the strength to challenge oppression, and tolerate the resultant hardships that give rise to courage and awareness.”

“The main task before India today is to consolidate herself into a well-knit and united power…. “

“Yours (Police) is the responsibility to maintain the prestige of the Government and protect the honor of the citizens. It is not enough if you only detect crime and bring offenders to book. You must also try to win the affection of the people. A police officer or policeman who loses his head in handling a situation is not fit to be a member of the police force.”

“Manpower without Unity is not a strength unless it is harmonized and united properly, then it becomes a spiritual power.”

“Work is undoubtedly worship but laughter is life. Anyone who takes life too seriously must prepare himself for a miserable existence. Anyone who greets joys and sorrows with equal facility can really get the best of life.”

“A war based on Satyagraha is always of two kinds. One is the war we wage against injustice, and the other we fight our won weaknesses.”

“Today we must remove distinctions of high and low, rich and poor, caste or creed.”

“Faith is of no evil in absence of strength. Faith and strength, both are essential to accomplish any great work.”

“It is the duty of every person to develop a national language or do such a service that all over India it is accepted without any hesitation or reservation. The expanse of Hindi should be as wide as an ocean, in which all the languages of India take their own proper place. The national language is not of any province, or of any community.”

Bhool Bhulaiyaa 2: Kiara Advani shares her look as Reet, warns to not be fooled, see here