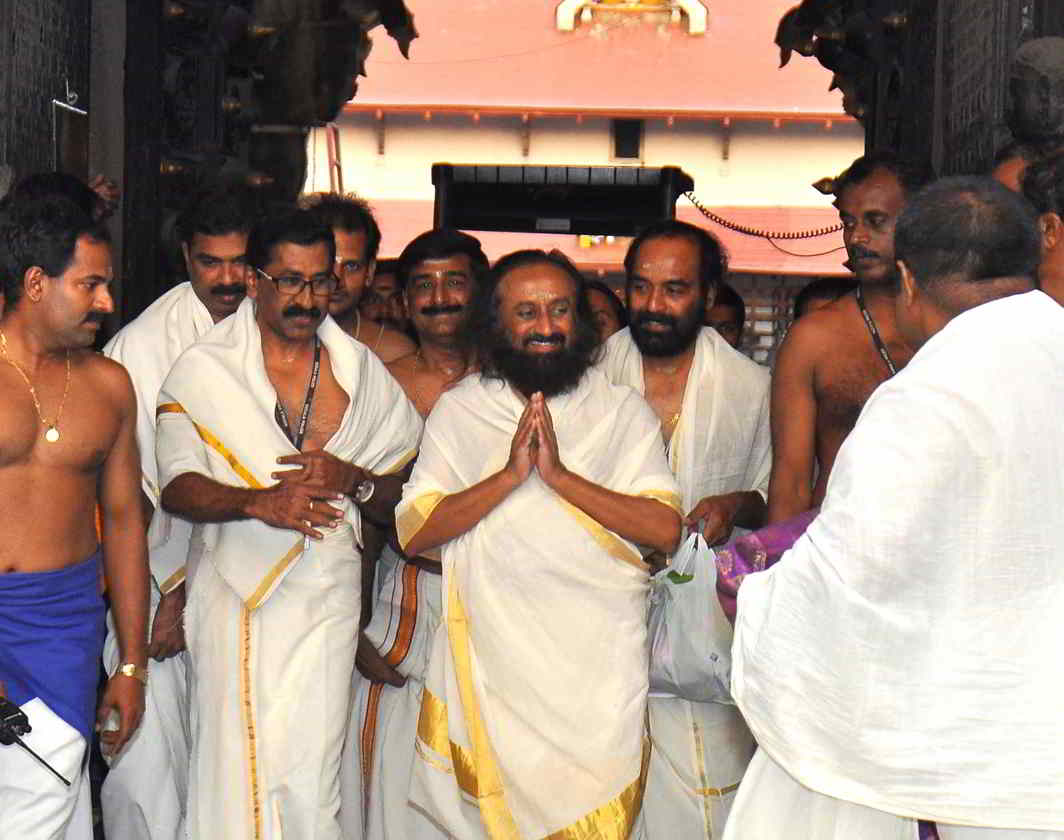 If you are spiritual enough, you can get away with denigrating an entire agitation of poor, starving farmers; you can laugh away wanton destruction of irreparable, delicate ecosystems, and you can still be worshipped as a guru who can save the world.

Or so it seems, going by the logic that Art of Living (AoL) propagator, the immensely rich, international guru of good life, Sri Sri Ravi Shankar, has given.

In a recent media interaction in Mumbai, he has come out with this bizarre logic. He reportedly told the media that “lack of ‘spirituality’ was one of the reasons that leads to farmer suicides.” And then he gave the solution as well: “I appeal to all the people who work in this field (of spirituality) to reach out to farmers,” said a media report . This is probably as bizarre as the Tamil Nadu government’s recent assertion in the Supreme Court that farmers aren’t committing suicide in state (there have been 82 recent cases recorded) because of the drought, but because of personal reasons, arising out of “natural causes”.

But, then, the state government comprises politicians and bureaucrats, who cannot be taken seriously in the best of times. So what about our so-called “spiritual” leaders? This is the same person who showed absolutely no remorse when the Yamuna floodplains were destroyed through the huge extravaganza that supposedly yielded great spirituality for the country and saved many souls.

Instead, an expert committee has reported back to the Supreme Court that the huge extravaganza had “destroyed” the Yamuna floodplains to such an extent that it will take a decade or more to return to some semblance of normalcy. And the resuscitation process will cost no less than Rs 13.29 crore.

Not only that, with the case being heard by the Supreme Court, Sri Sri  issued a comment saying if it was so wrong (the AoL extravaganza) why was it not stopped beforehand? Why was it allowed to go ahead? Expectedly, the apex court rebuked the Great Guru, and Sri Sri had been somewhat quiet about this since, till now. At the press conference in Mumbai, where he made this outrageous comment about farmers, he was asked by reporters about the AoL extravaganza that destroyed the Yamuna floodplains. His reply was a cryptic: “Truth will prevail.” What that means, only the spiritually mature Sri Sri would be able to clarify, but one guesses that science does establish truism way better than any level of spirituality can.

But wait a second. Sri Sri has his own scientists as well. About the AoL extravaganza he also reportedly said: “I have full faith in the judicial system… There is an NGO which is carrying on malicious campaign… There is some disadvantage of being popular… But we have not done anything wrong. Our panel of 15 independent scientists have established fair report and we have always been and would be extra-sensitive towards the environment.”

Basically, one summarises, we, as a country are only fooling ourselves. To be fair, these so-called godmen need to do what they do. Because, as in their own words, they have to be “popular”, whatever the consequences. And in condoning them, and even reporting every non-scientific and inhumane comment they utter, even the media has proved to be insensitive.

Taking in the bigger picture, though, how different are they from our politicians? At least, people in politics have to be elected. These so-called godmen do not have to go through that pain either. But overall, both categories function the same way as soon as they are “popular”.  And public probity, nature and actual dharma, can go rot in the woods.

This is why the Tamil Nadu government can issue such absurd statements and that is why Sri Sri believes pranayam will “remove suicidal tendencies” in the farmers. The overall thought process is of denial and indifference. There is no real thought put into finding out if the farmers actually are hungry, and how no level of “pranayam” will remove that hunger. There is no need to find out how nature is being trodden to dust under hundreds of dancing feet in a programme that has benefited none but Sri Sri and his cohorts.

When science loses its footing in society, such absurd claims of “spirituality” and “natural causes”, find a foothold. The loser in all this is society itself, blind in faiths that bind them to the spiritual poverty that our Great Guru is ostensibly trying to alleviate.[/vc_column_text][/vc_column][/vc_row]

Speakers in APN show: Politicians who polarise people should be punished