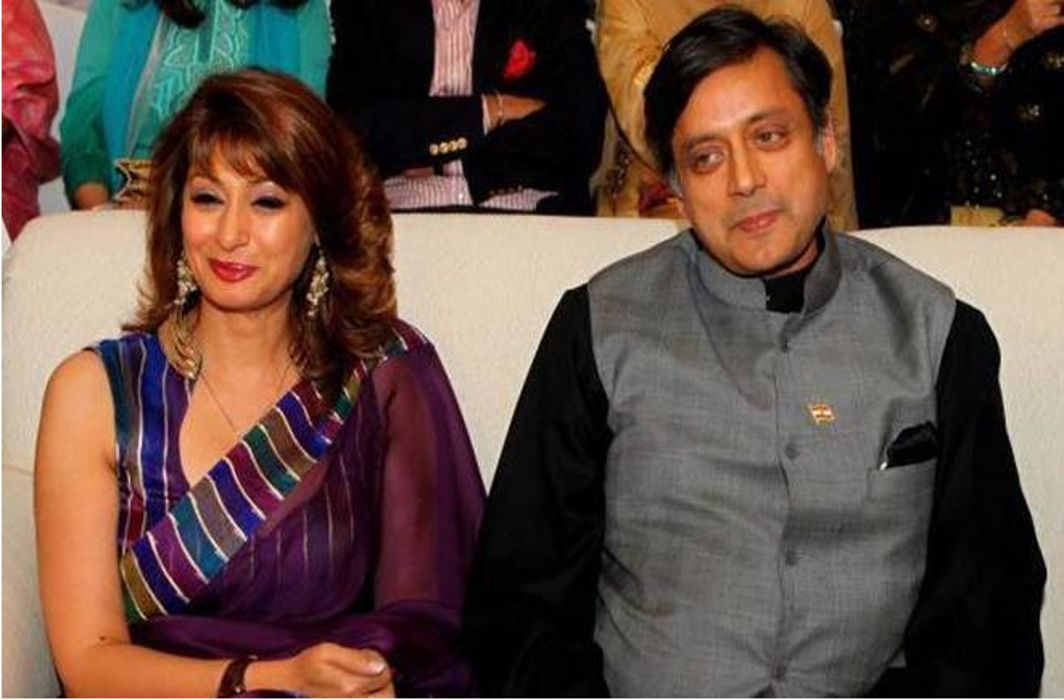 Congress MP from Thiruvananthapuram and former Union minister Shashi Tharoor will be tried as an accused for his wife Sunanda Pushkar’s suicide.

On Tuesday, June 5, a trial court in Delhi, taking cognisance of the police chargesheet naming him as accused, summoned him a month from now, on July 7. Additional Chief Metropolitan Magistrate Samar Vishal said there exist “sufficient grounds to proceed against Tharoor for commission of offences in the case”.

Tharoor has been charged with abetting the suicide of his wife Sunanda Pushkar, who was found dead in a five-star hotel in Delhi in 2014. He has also been accused of cruelty to his wife in the chargesheet submitted in court last month.

The Congress leader has been charged under sections 498 A (husband or his relative subjecting a woman to cruelty) and 306 (abetment of suicide) of the Indian Penal Code. Tharoor is the only person named as an accused in the 3,000-page chargesheet.

The police have taken as dying declaration Sunanda Pushkar’s last mails and messages on social media.

The police say about a week before her death, Sunanda Pushkar had emailed her husband that she had “lost her will to live”. In an email on January 8, nine days before her death, she had written: “I have no desire to live…all I pray for is death.”

The chargesheet quoted a special investigation team as stating that Tharoor “as a husband ignored Sunanda when she was sliding or slipping into depression and she had Alprax.” They had frequent fights, it says, and “though injury marks were not serious, they are consistent with claims that the couple fought.”

A special probe team also said Mr Tharoor “ignored her calls and disconnected her calls in the days before her death.” Sunanda Pushkar tried using social media to reach him, but those messages were also ignored, says the chargesheet.

Pushkar was found dead in a luxury hotel room in south Delhi on the night of January 17, 2014, two days after she took to social media to accuse her husband of having an affair with a Pakistani journalist.

The police first claimed that Sunanda Pushkar was poisoned, and registered a murder case in January 2015, without naming any suspect.

Three years later, the police say there is no proof of murder but it was evident Sunanda Pushkar had been driven to suicide. The chargesheet mentions marital discord as the cause of suicide and says that one party led the other to commit suicide. “Sunanda Pushkar was being harassed for long. Her medical records show she was suffering from depression,” the chargesheet said.

Tharoor tweeted he will contest the chargesheet “vigorously” and hit out at Delhi Police saying, “If that was the conclusion arrived at after four plus years of investigation, it does not speak well of the methods or motivations of Delhi Police.”

“No one, who knew Sunanda, believes she would ever have committed suicide, let alone abetment on my part,” he said.

Meanwhile, Tharoor’s counsel, Vikas Pahwa told ANI that he will be taking all legal remedies available as per law. “Since the Magistrate summoned Dr Shashi Tharoor for 7th July, we shall be asking for a copy of the chargesheet, after going through it, we’ll decide our further course of action. He will take all legal remedies available to him in law.”

“Since no offences are made out and the prosecution case is absurd & preposterous and is contrary to various judgments of SC, we shall take appropriate steps to deal with the chargesheet,” he added.

Amit Shah – Uddhav Thackeray meeting: BJP chief fails to get Shiv Sena back on board