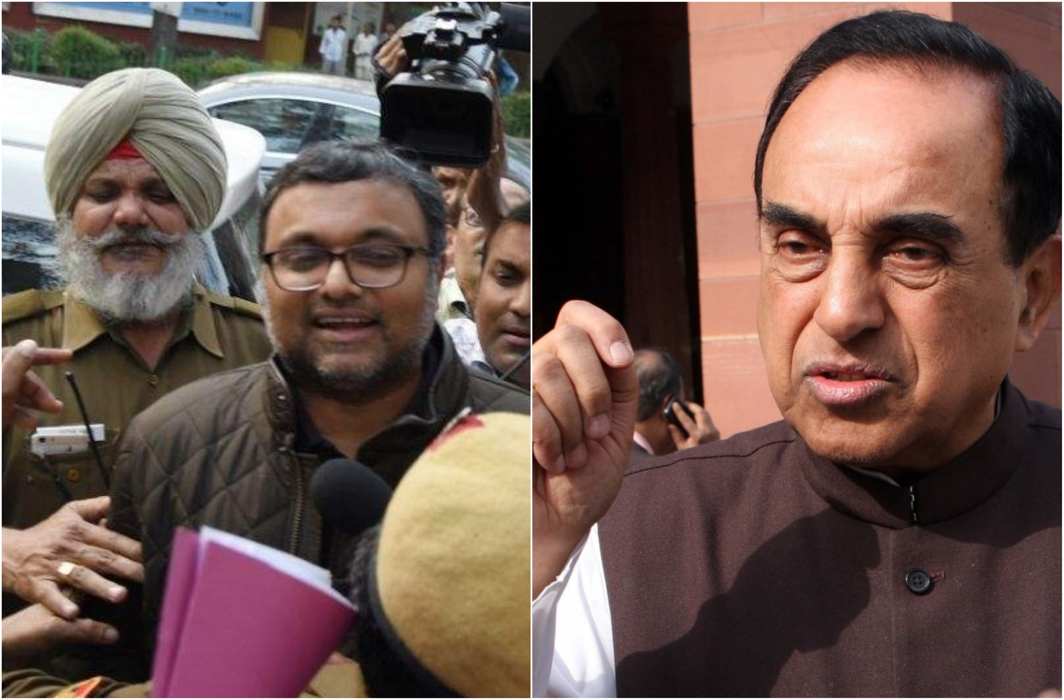 The BJP MP ruled out Karti’s lawyer Abhishek Manu Singhvi’s argument that Karti was in no way related to any of the firms named in the corruption case.

Stating that the court took the right step to send the senior Congress leader’s son to CBI remand, Swamy said, “The arguments put forward by Karti’s counsel Abhishek Manu Sighvi did not hold much water as they were not true and hence the court ruled against them and send Karti to CBI custody.”

“This will enable the CBI to confront Karti with his CA who has already confirmed everything. Karti’s interrogation will also serve the larger purpose of establishing P Chidambaram’s connection to the case which will lead to prosecution,” he added.

Further hitting out at P Chidambaram, he said, “It was P Chidambaram who had approved the project. The project was meant for only Rs. 5 crore but after P Chidambaram’s approval more than Rs. 305 crore were brought in. This clearly points towards money laundering.”

Ruling out Karti’s lawyer Abhishek Manu Singhvi’s argument that Karti was in no way related to any of the firms named in the corruption case, Swamy claimed that the arguments are baseless.

Earlier, the CBI court at Patiala House witnessed a heated argument between Singhvi and the CBI counsel, while the lawyer called Karti’s arrest “bizarre” and an effort by the agency to show its “bosses that (they) are doing some arrest”.

The CBI has accused Karti of illegally taking service charges for obtaining Foreign Investment Promotion Board (FIPB) clearance to the INX Media, for receiving funds from abroad worth Rs 305 crore in 2007 when his father P Chidambaram was the finance minister in the Congress-led UPA Government.

Earlier in May 2017, the Enforcement Directorate (ED) had registered a money laundering case against Karti for his alleged involvement in facilitating clearance from the FIPB for INX Media Ltd and its directors, Peter Mukerjea and Indrani Mukerjea.