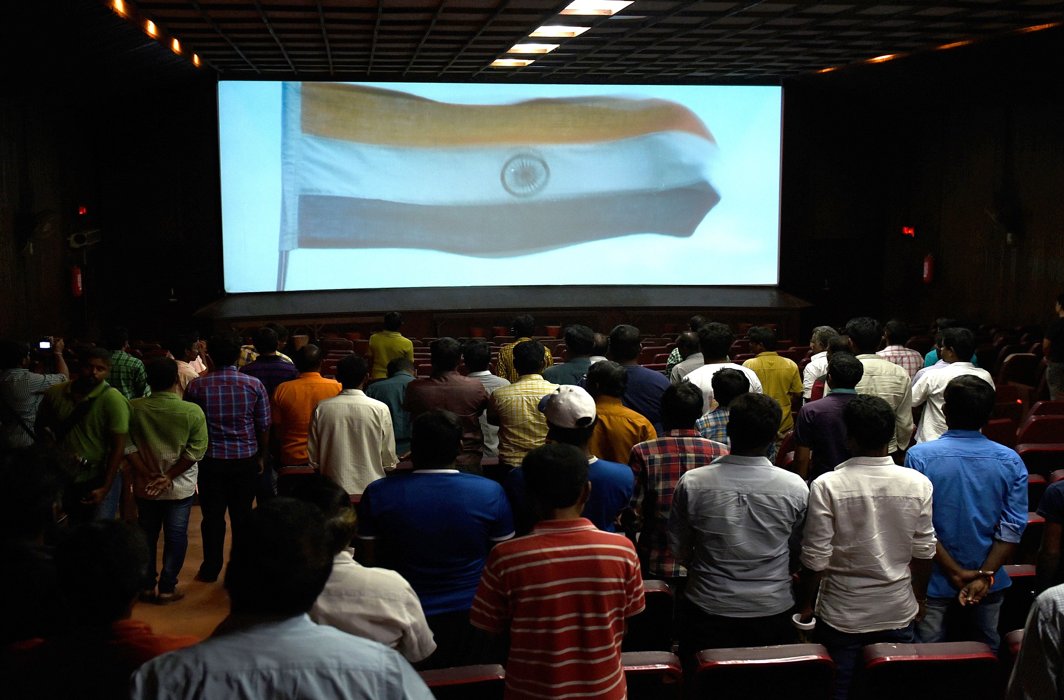 A day after the Central government took a u-turn to state in an affidavit that it was now not in favour of mandatory playing of national anthem before movie screenings, the Supreme Court on Tuesday, January 9, revoked its interim order to this effect.

The bench comprising of Chief Justice of India Dipak Misra and Justices AM Khanwilkar and DY Chandrachud passed the order on a plea challenging the dramatization and misuse of the national anthem.

During the course of proceedings, Attorney General KK Venugopal apprised the bench that Central Government has constituted a committee to set up policies to decide the circumstances when the national anthem should be played or sung with decorum.

The bench directed the petitioner, Shyam Narayan Chouksey to approach the committee and passed the following directions while disposing of the plea:

The apex court had on November 30, 2016 directed that all cinema halls must play national anthem before screening of films saying that “it would instill the feeling within one, a sense committed patriotism and nationalism.”

“A time has come, the citizens of the country must realise that they live in a nation and are duty bound to show respect to National Anthem, which is the symbol of the constitutional patriotism and inherent national quality,” the bench added.

The order came on the PIL filed by a retired engineer from Bhopal, Shyam Narayan Chouksey, who sought norms regarding the playing of the national anthem in public places, including cinema halls, entertainment programmes and during official functions.

The issue gave an excuse for lawless jingoism and there were multiple instances of violence against those who could not or did not stand up when the national anthem was played.

Then, during the hearing on a PIL on October 23 last year, Justice DY Chandrachud, a member of the bench along with CJI Dipak Misra and Justice AM Khnawilkar, had questioned the logic behind the order, wondering, “Why do people have to wear their patriotism on their sleeve?”

In stark opposition to the CJI’s November 2016 order, he had further observed that it cannot be assumed that if a person does not stand up for the national anthem, he is ‘less patriotic’. “People go to a movie theatre for undiluted entertainment. Society needs that entertainment,” he added.